The 2020 presidential election kicks off in Iowa on Monday and Trump will give his State of the Union address Tuesday, before senators cast their final votes. 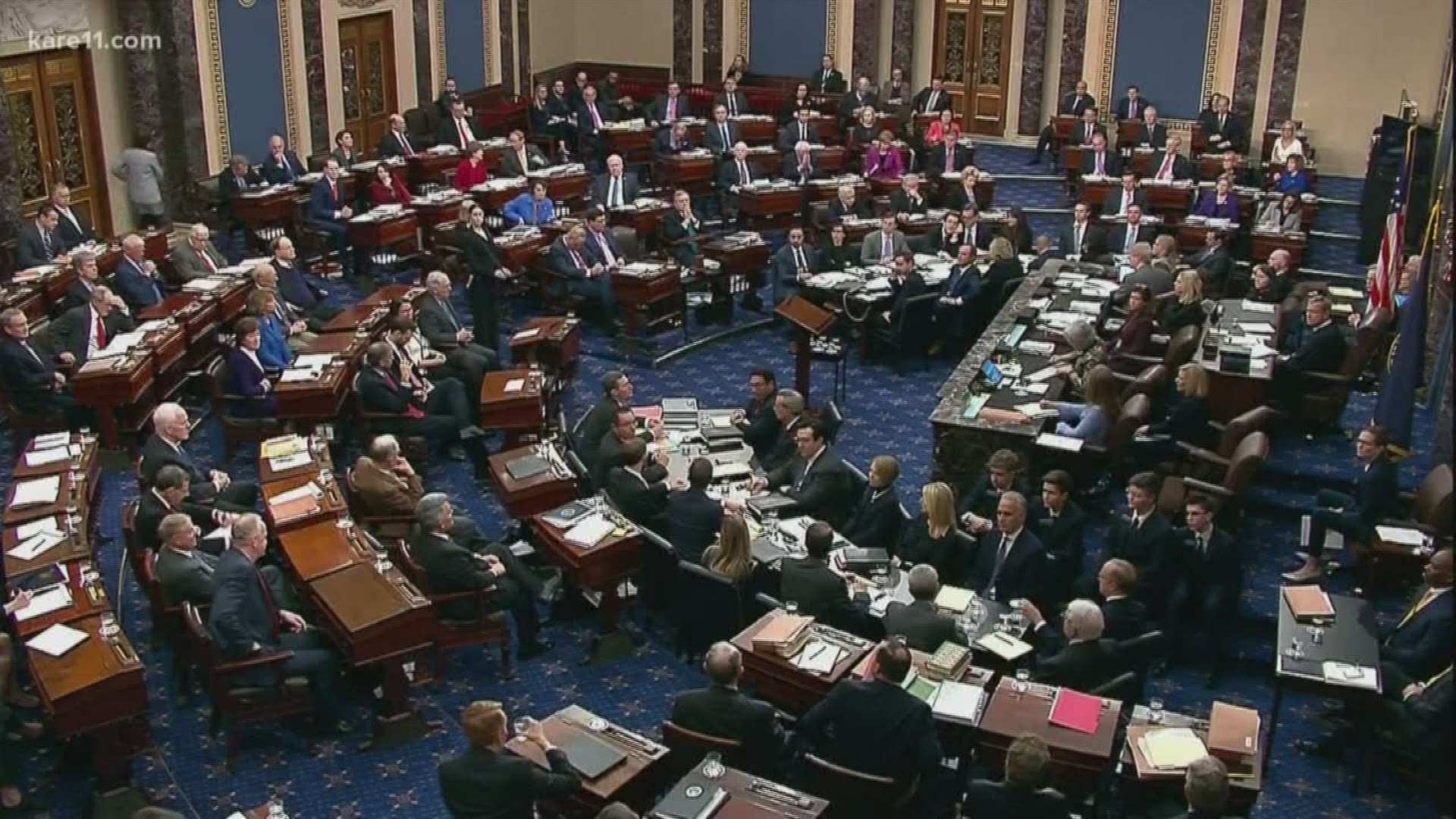 Closing arguments Monday in President Donald Trump's impeachment trial were aimed more toward history than to sway the outcome. It was one final chance to influence public opinion and set the record ahead of Trump's expected acquittal in the Republican-led Senate.

The House Democratic prosecutors say senators — and Americans — should see that Trump's actions are not isolated but a pattern of behavior that, left unchecked, will allow him to "cheat"' in the 2020 election. The president's defense counters that the Democrats have been out to impeach Trump since the start of his presidency.

House managers opened with a plea from Democratic Rep. Jason Crow of Colorado who said: “We cannot and should not leave our common sense at the door.” Trump's defense countered that the “fast-track” impeachment case against the president was flawed, rushed and nothing short of an effort to undo the 2016 election and shape the next one.

Trump was impeached by the House last month on charges that he abused power and obstructed Congress as he tried to pressure Ukraine to investigate Democratic rival Joe Biden, using military aid as leverage as the ally fought Russia. He is charged with then blocking the congressional probe of his actions. The vote is expected to cap a months-long investigation.

The two legal teams will return at 11 a.m. EST for closing arguments. Each side will get two hours, after which the Senate will go back into normal session. Lawmakers will be able to give speeches on the impeachment from late Monday to Wednesday before the vote.

Trump's acquittal is all but assured with Republicans holding a 53-47 advantage in the Senate. The world will be looking to see if any Democrats join the Republicans in clearing Trump of charges. Three Democrats serve states where the president remains supported: Doug Jones of Alabama, Joe Manchin of West Virginia and Kyrsten Sinema of Arizona.

Senators rejected the Democrats' effort to allow new witnesses, 51-49, a near party-line vote. Republicans Susan Collins of Maine and Mitt Romney of Utah voted with the Democrats, but that was not enough.

Senate Democratic leader Chuck Schumer called that decision "a tragedy on a very large scale." Protesters' chants reverberated against the walls of the Capitol.

But Republicans said Trump's acquittal was justified and inevitable.

"The sooner the better for the country," said Sen. Lindsey Graham, a Trump confidant. "Let's turn the page."

To hear more witnesses, it would have taken four Republicans to break with the 53-seat majority and join with all Democrats in demanding more testimony. But that effort fell short.

In a frenetic week, the 2020 presidential election kicks off in Iowa on Monday and Trump will give his State of the Union address Tuesday, before senators cast their final votes.