How 'The Conners' moves on without fierce (and fired) matriarch Roseanne

The spinoff will premiere Tuesday on ABC. 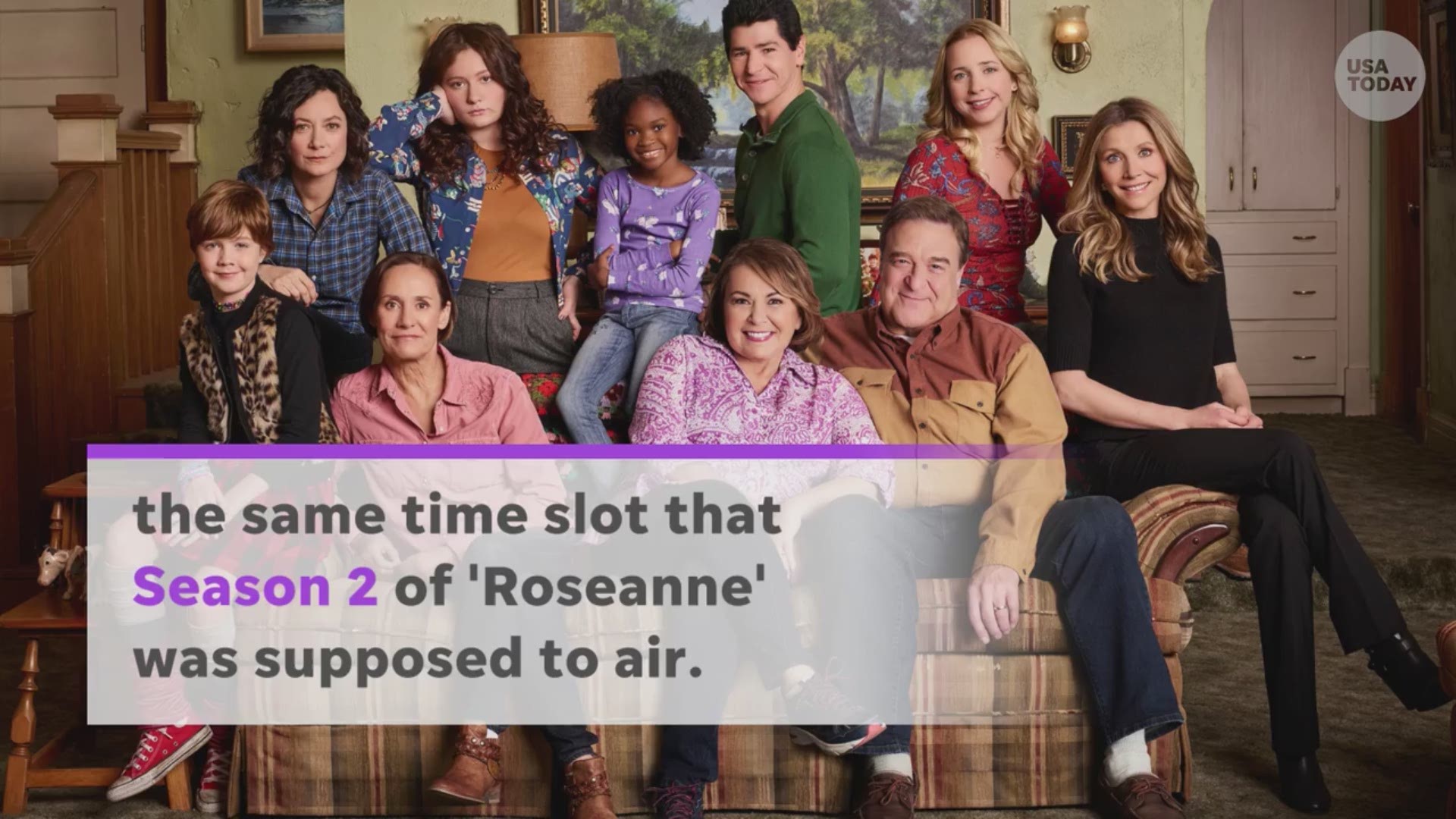 John Goodman is eager to build a new series, ABC’s “The Conners,” from the wreckage of last spring's “Roseanne” cancellation, but there’s clearly something – make that someone – missing.

“It felt great to be back, but there’s a hollow center. I miss Rosie real bad,” says Goodman, who worked with Roseanne Barr for a nine-year run starting in 1988 and last year's top-rated revival before she was fired after a racist tweet last spring.

With the exception of Barr, Goodman, who plays Dan Conner, will press on with the rest of the cast in the spinoff (Tuesday, 8 EDT/PDT), which includes Sara Gilbert, Laurie Metcalf, Lecy Goranson and Michael Fishman.

The blue-collar Illinois family will adjust to the apparent death – confirmed by Goodman in an interview in August – of irreverent matriarch Roseanne Conner, whose absence will be explained in Tuesday’s premiere.

“The Conners” will continue to look at topical issues from a working-class perspective, including health care, drug use, immigration and the struggle to make ends meet.

“We’re similar in that we have always wanted to stay true to this kind of family and the stories they would encounter struggling to make it emotionally, financially, but hopefully making people laugh and sometimes cry along the way," Gilbert says. "What’s different now is we are missing our matriarch in the show, so our roles are redefined as they would be in a family. People step up, relationships strengthen, people have to step into more of a caregiver role. It’s allowed us to explore some new stories.”

“Roseanne,” an iconic hit during its first incarnation, became TV's top-rated show (averaging 20 million viewers) and a cultural phenomenon when ABC revived it last March. But the network canceled the series in late May after Barr’s racist tweet about Valerie Jarrett, a former adviser to President Obama.

Goodman says he was "stunned" but not angered by the cancellation. "I tried to pretend to be calm about it and say, 'Well, that's show business,' but I kind of went into a spin for a couple of weeks."

Facing a huge hole in its schedule, the network was interested in a spinoff, and – because the show had already been renewed for a new season – the stars were owed pay for seven episodes.

But financial issues were secondary to creative decisions, says executive producer Tom Werner. “The principal actors all wanted to come back. They didn’t want the show to end. (But) if we didn’t feel we could deliver really strong, funny episodes, then nobody would have returned.” Nor could they had Barr not withdrawn from financial participation, a condition set by ABC.

Werner says he considers Barr family and has been in touch since she was fired. "In my last conversation with her, she was doing quite well," he says, predicting she'll have "mixed feelings" about the new show.

Goodman says he was immediately on board when Gilbert, who's also an executive producer, approached him about the spinoff. "This might be some kind of closure. I don't know," he says. "But it's nice to have a chance."

Gilbert says "we owe a debt to our viewers" who made the revival a hit. "There are not enough shows about the working class and telling stories thru the lens of humor, heart, love and comedy."

In the new 10-episode season, Darlene (Gilbert) starts a new relationship after learning her ex-husband David (guest star Johnny Galecki) has a girlfriend (Juliette Lewis); and Jackie teaches English as a second language and starts a relationship with one of her adult students. Muslim neighbors who drew Roseanne’s suspicions – and then support – in "Roseanne" return for a "Conners" Halloween episode.

Goodman, who misses “just sitting around and giggling" with Barr on set, acknowledges that the new show will be different without “that center of gravity.” But he’s happy to be back with his colleagues. “It’s like a family around here. We make each other laugh.”

He won't predict how the new show will fare. “We did impossible numbers last year, so I don't want to think about that, but if they give us a chance and keep tuning in, who knows? I don't worry. I’m just glad I’m here.”