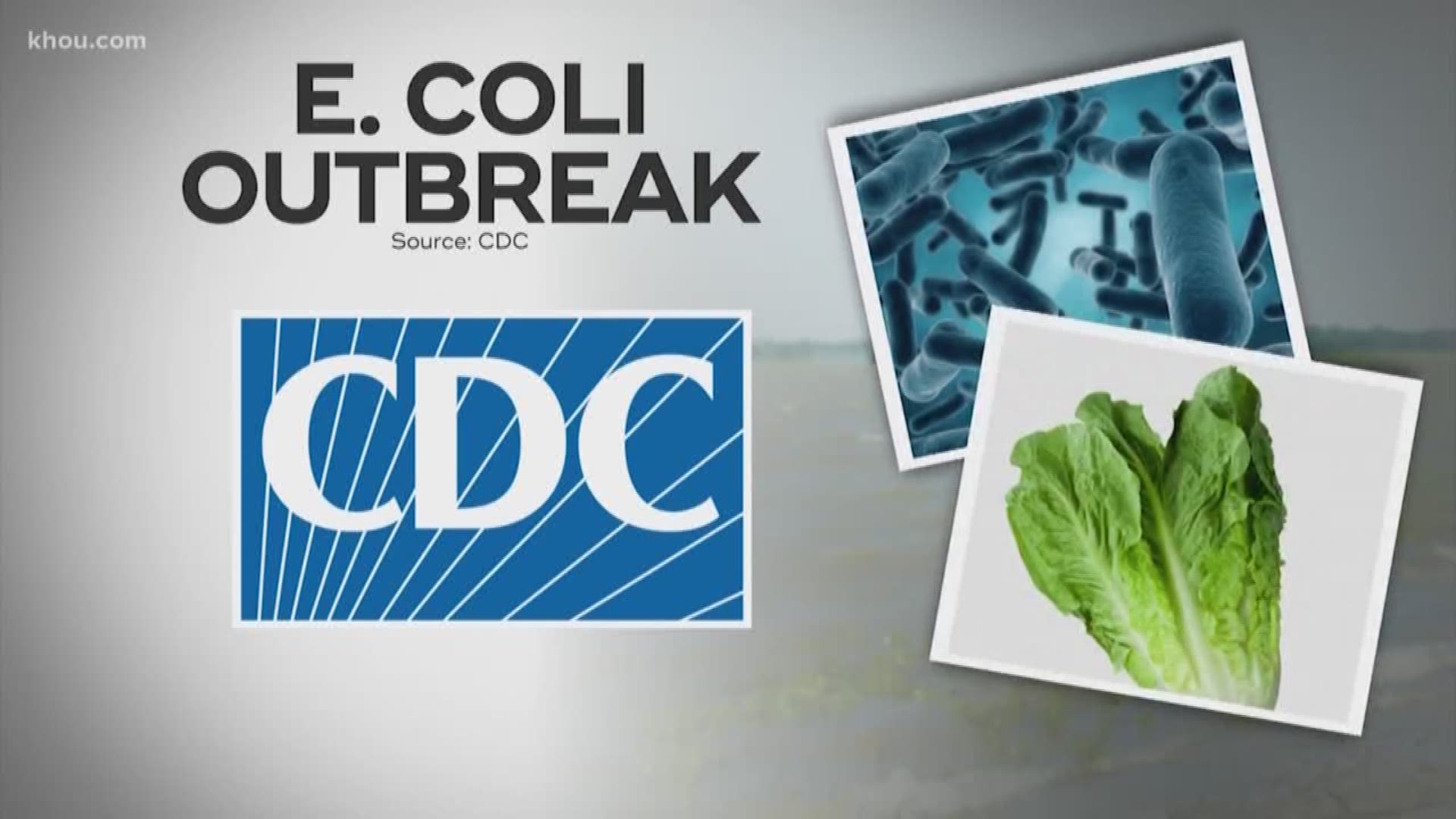 H-E-B, Kroger and Whataburger have voluntarily removed all romaine lettuce products after U.S. officials alerted to an E. coli outbreak.

On Friday, the U.S. Centers for Disease Control and Prevention told people to avoid romaine lettuce grown in Salinas, California. An investigation tied to the illness led to farms in Salinas and investigators are currently looking for the source of E. coli.

The CDC says 40 people have been reported sick so far in 16 states. The most recent reported illness started on Nov. 10. The agency says it’s the same E. coli strain tied to previous outbreaks, including the one from last Thanksgiving.

Officials urge not to eat the leafy green if the label doesn’t say where it was grown. They have also urged supermarkets and restaurants not to serve r sell the lettuce, unless they’re sure it was grown elsewhere.

Customers who purchased the product should throw it away or can return it for a full refund. Customers with any questions or concerns may contact H-E-B Customer Service at 1-855-432-4438 Monday through Friday from 8 a.m. to 6 p.m. Central Standard Time.

During a visit to Whataburger, a KHOU 11 producer came across a sign on a drive-thru window that read, “Out of an abundance of caution, we are not selling salads due to a CDC investigation of romaine lettuce from certain regions.”

Kroger is also taking caution and has removed all romaine lettuce from its stores. They released the following statement:

Officials never identified exactly how romaine might have become contaminated in past outbreaks. But another outbreak in spring 2018 that sickened more than 200 people and killed five was traced to tainted irrigation water near a cattle lot. (E. coli is found in the feces of animal like cows.)

It’s not clear exactly why romaine keeps popping up in outbreaks, but food safety experts note the popularity of romaine lettuce and the difficulty of eliminating risk for produce grown in open fields and eaten raw.