Philadelphia's Police Commissioner many officers had to escape through windows and doors to get away as the bullets started flying. 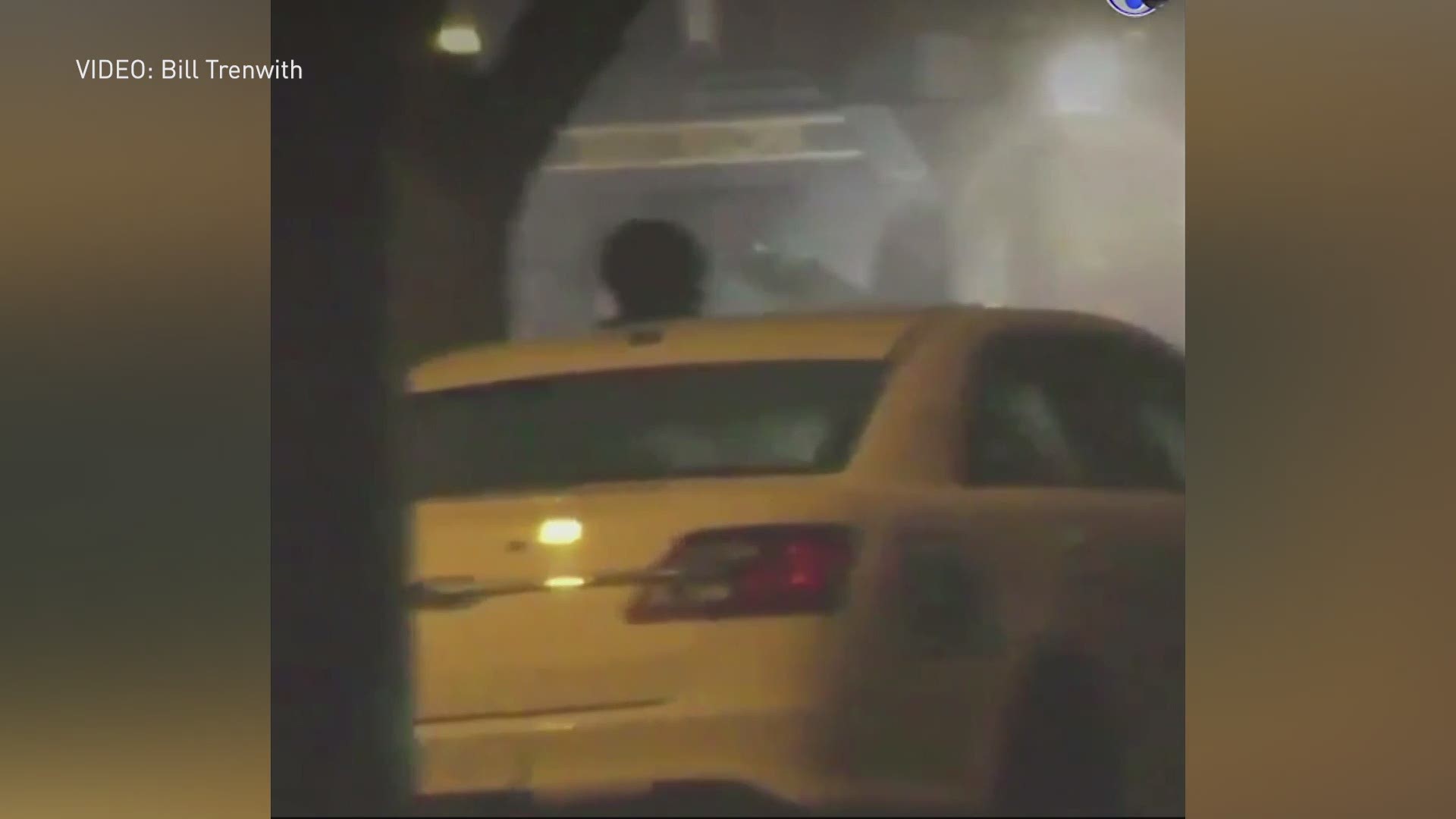 PHILADELPHIA — An hourslong standoff where a gunman shot at police, wounding six of them, as he was barricaded inside a Philadelphia home somehow ended with no fatalities.

Philadelphia Police Commissioner Richard Ross, who spent hours Wednesday negotiating with the gunman through the phone, said the situation that unfolded "could have been far worse."

"This was a very dynamic situation, one that I hope we never see again," he said Thursday outside the Philadelphia Police Department, which is in the process of investigating the scene.

The gunman eventually came out of the home early Thursday after police deployed tear gas in the building. He was taken to a hospital for evaluation and then placed into custody.

A law enforcement official identified the suspect as Maurice Hill. The official said the 36-year-old has a criminal record that included firearms charges. The official wasn't authorized to discuss the matter publicly and spoke to the AP on condition of anonymity.

The standoff started around 4:30 p.m. as officers went to a home in a north Philadelphia neighborhood of brick and stone rowhomes to serve a narcotics warrant in an operation "that went awry almost immediately," Ross said.

Many officers "had to escape through windows and doors to get (away) from a barrage of bullets," Ross said.

The six officers who were struck by gunfire have been released from hospitals, Philadelphia police Sgt. Eric Gripp.

Two other officers were trapped inside the house for about five hours after the shooting broke out but were freed by a SWAT team well after darkness fell on the residential neighborhood.

Ross said the reason he made the unusual decision to be the person negotiating with Hill was because he was "so worried" about his officers stuck inside.

"I wouldn't be able to live with myself if I was 200 feet away," he said Thursday.

Three people who officers had taken into custody in the house before the shooting started were also safely evacuated, police said. 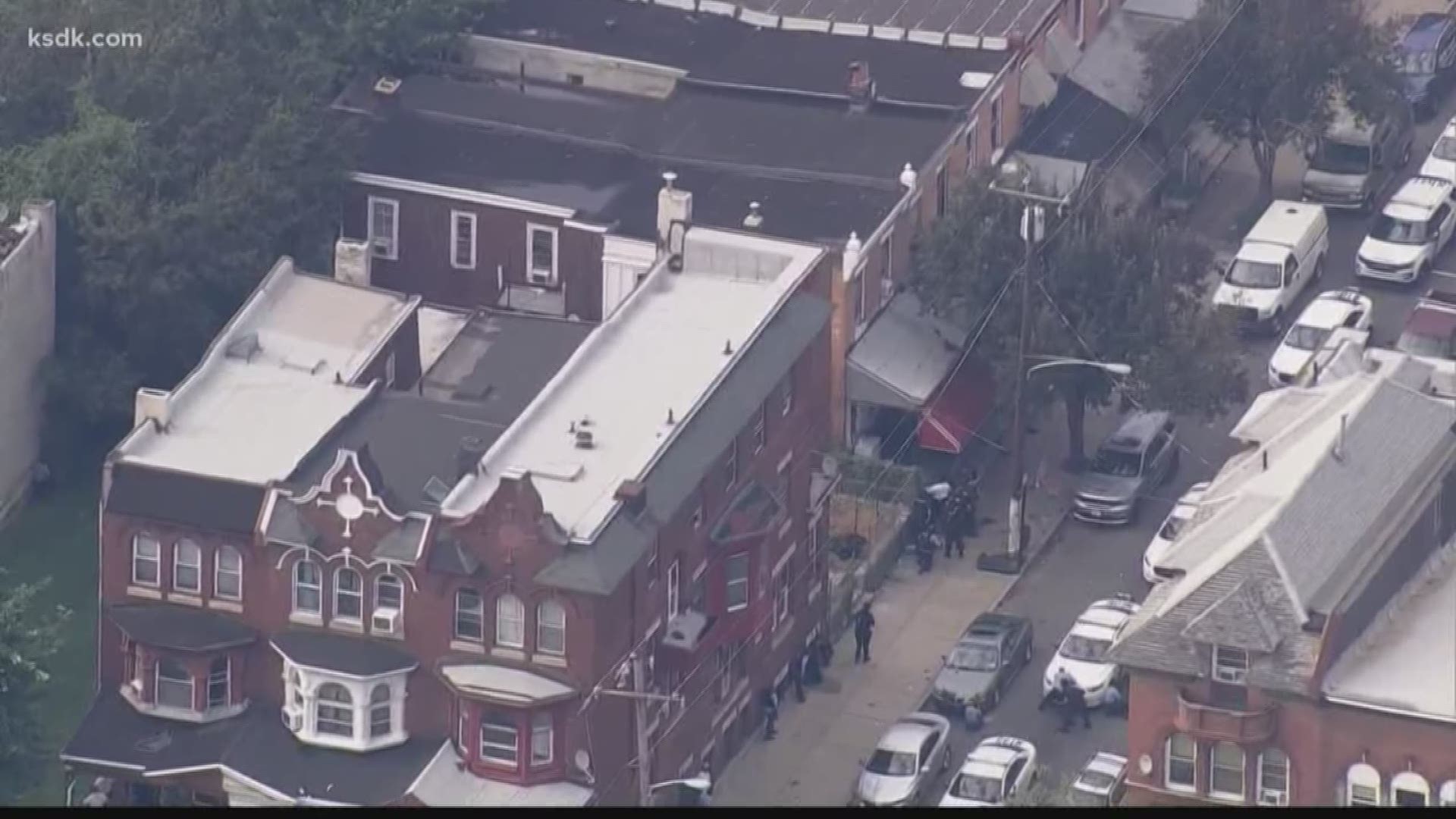 Police implored the gunman to surrender, at one point patching in his lawyer on the phone with him to try to persuade him to give up, Ross said.

Authorities also held a press conference amidst the standoff in hopes that the gunman or someone he was communicating with may hear them. Ross said he was "very intentional and deliberate" with the words he used during the briefing since he was not sure if Hill knew there were two officers trapped upstairs.

Temple University locked down part of its campus, and several children and staff were trapped for some time in a nearby day care.

Police tried to push crowds of onlookers and residents back from the scene. In police radio broadcasts, officers could be heard calling for backup as reports of officers getting shot poured in.

"There was just a lot of screaming and chaos," said Abdul Rahman Muhammad, 21, an off-duty medic.

Dozens of officers on foot lined the streets. Others were in cars and some on horses.

"I'm a little angry about someone having all that weaponry and all that firepower, but we'll get to that another day," Kenney said.