The Swedish teen, who launched a global movement and regularly brushes off critics, refuses to fly because of the carbon price of plane travel. 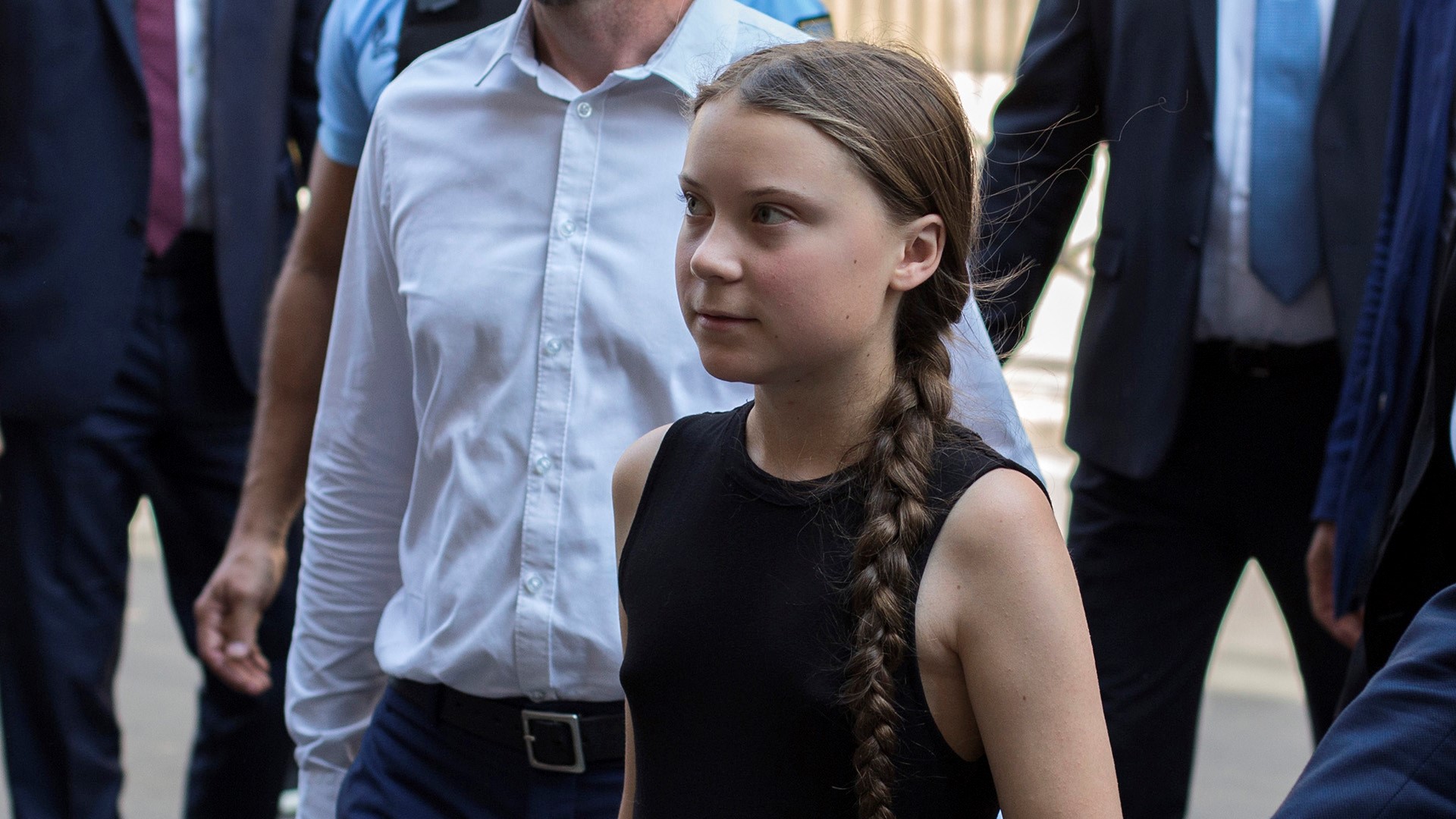 HAMPTON, Va. — Swedish teen climate activist Greta Thunberg will leave North America and begin her return trip across the Atlantic on Wednesday aboard a 48-foot catamaran sailboat whose passengers include an 11-month-old baby.

The boat leaves little to no carbon footprint, boasting solar panels and a hydro-generators for power. It also has a toilet, unlike the boat on which she sailed from the United Kingdom to New York in August. That one only had a bucket.

"There are countless people around the world who don't have access to a toilet," she said about the upgrade. "It's not that important. But it's nice to have."

Thunberg spoke Tuesday inside the tight confines of the catamaran, named La Vagabonde, as it was docked in Hampton, Virginia, near the Chesapeake Bay's mouth. She's hitching a ride to Spain in hopes of attending a United Nations climate meeting in Madrid in early December.

RELATED: 'You are failing us': Greta Thunberg's climate plea calls out world leaders

The owners of the boat are Riley Whitelum and Elayna Carausu, an Australian couple who have an 11-month-old son named Lenny. The family, which has a large online following, responded to Thunberg's call on social media for a carbon-free ride to Europe. An expert sailor, Nikki Henderson, is also coming along.

The trip could take two to four weeks, and November is considered offseason for sailing across the Atlantic. As Thunberg spoke Tuesday, the temperature had dipped into the 30s as sleet turned into light snow.

But the 16-year-old, who refuses to fly because of the carbon price of plane travel, didn't seem bothered.

"I'm looking forward to it, just to be able to get away and recap everything and to just be disconnected," she said.

RELATED: Climate anxiety: Many young people wonder if they have a future

Thunberg just finished a nearly three-month trip through North America, where she gave an impassioned speech before the United Nations and took part in climate strike rallies and protests from California to Colorado to North Carolina.

She's become a symbol of a growing movement of young climate activists after leading weekly school strikes in Sweden that inspired similar actions in about 100 cities worldwide.

She's also drawn criticism from conservative commentators in the U.S. as well as Russian President Vladimir Putin. But she brushed off the criticism during her round of back-to-back interviews in the catamaran on Tuesday, saying that yes, she is too young to be doing this.

"It should be the adults who take that responsibility," Thunberg said. "But it feels like the adults and the people in power today are not."

When she looks back on her time in the U.S. and Canada, Thunberg said the things that stick out the most include a glacier in Canada's Jasper National Park that is destined to disappear "no matter what we do."

A visit to the Standing Rock Indian Reservation, where there have been protests over a pipeline, also left an impact.

"I was actually quite surprised to see how bad the indigenous people have been treated," she said. "They are the ones who are being impacted often the most and first by the climate and ecological crisis. And they are also the ones who are at the front line trying to fight it."

She also was surprised at how much she was recognized.

"There are always people who come up to me and ask for selfies and so on," she said. "So, that really gives you an idea of how big the climate movement has reached."