Democrats seem no closer to persuading the necessary Republicans to break with the GOP, Trump's lawyer argued Democrats want to 'overturn' the last election. 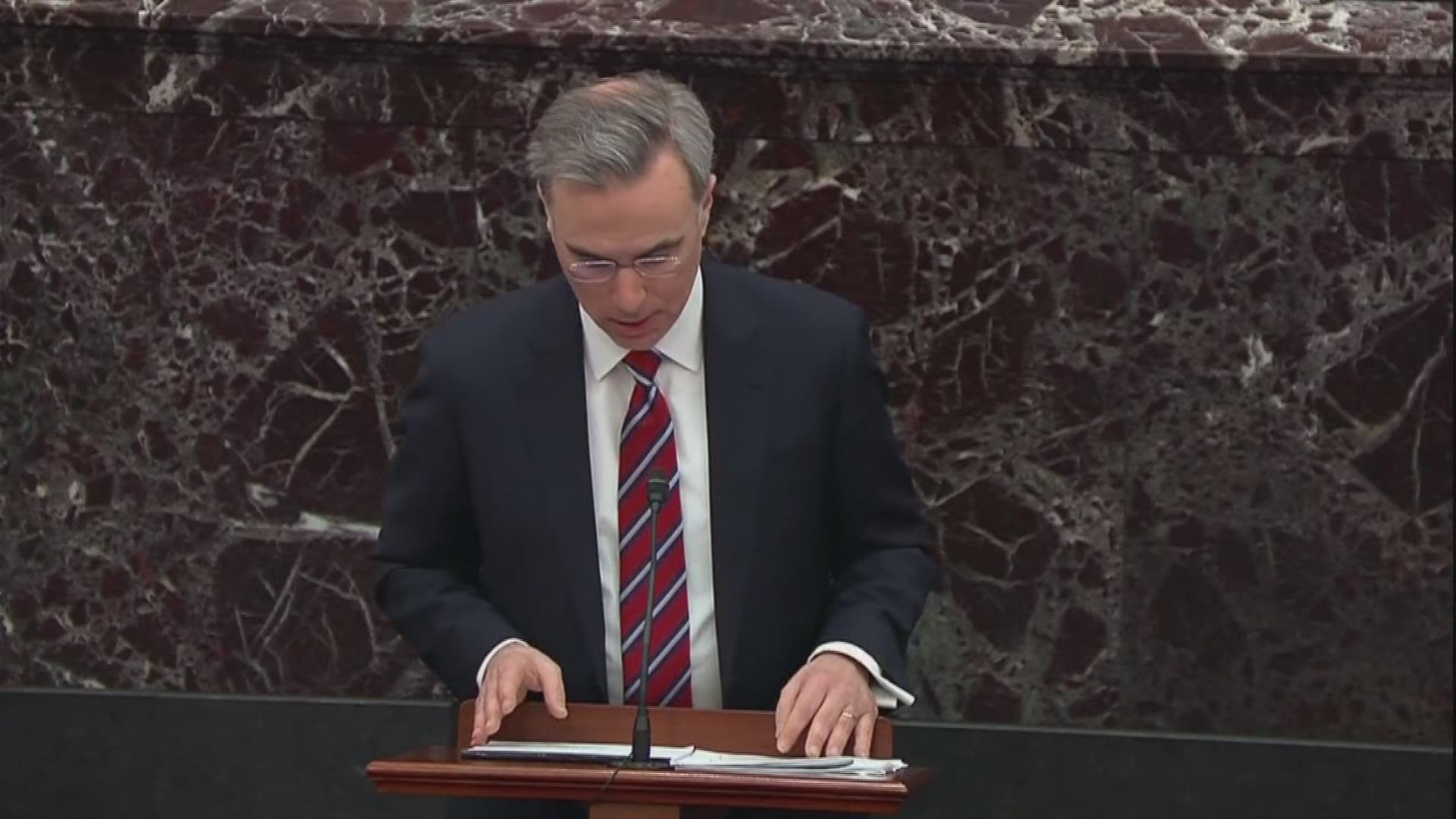 WASHINGTON — President Donald Trump's lawyers have opened their impeachment trial defense by asserting that he "did absolutely nothing wrong" when he asked Ukraine to investigate a political rival, Joe Biden.

They accused Democratic prosecutors of omitting key evidence when they presented their case. The president's lawyers are pushing the Republican-led chamber for his impeachment acquittal on charges he abused his power and obstructed Congress.

Trump's legal team plans an aggressive defense that will assert an expansive view of presidential powers and portray him as besieged by opponents determined to undo the results of the 2016 election and to ensure his defeat this November.

Democrats' bid to win support from Republicans in the Senate for witnesses in President Donald Trump's impeachment trial was already a tough challenge.

Democrats have warned they will live to regret not delving deeper into the evidence of Trump's dealings with Ukraine. One of the managers, House Judiciary Committee Chairman Jerrold Nadler, even told them it was "treacherous" to vote against gathering more evidence.

Still it appears the Democrats are no closer to persuading the necessary four Republicans to break with their party in a critical vote expected next week.