It's on the far side and could be the remains of an asteroid strike. 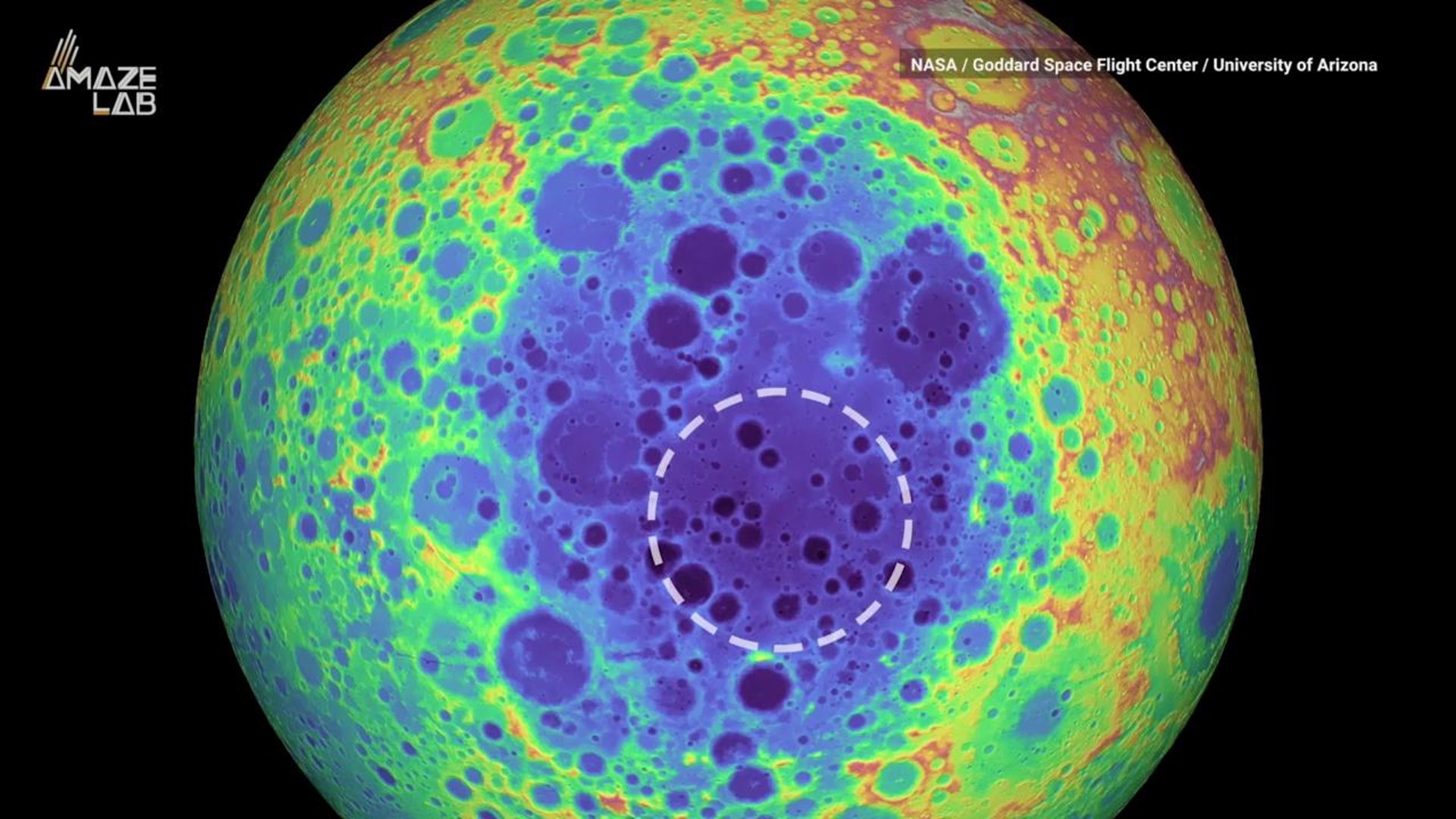 Researchers have discovered a large mass beneath the surface of the moon that is five times larger than the Big Island of Hawaii, according to a new study from Baylor University. It may be metal from an asteroid that crashed on the moon, creating the largest-known crater in the solar system.

The material was found beneath the 4-billion-year-old crater at the South Pole-Aitken basin, according to a press release from Baylor. The oval-shaped crater is as wide as 1,250 miles, but we can't see it because it's on the far side of the moon.

How did researchers find an underground mass that's in a place we can't observe from Earth? Spacecraft used for NASA's Gravity Recovery and Interior Laboratory (GRAIL) mission studied subtle changes in the strength of gravity around the moon.

Credit: Baylor University
This false-color graphic shows the topography of the far side of the Moon.The dashed circle shows the location of the mass anomaly under the basin.

“When we combined that with lunar topography data from the Lunar Reconnaissance Orbiter, we discovered the unexpectedly large amount of mass hundreds of miles underneath the South Pole-Aitken basin,” said lead author Peter B. James, Ph.D., assistant professor of planetary geophysics in Baylor’s College of Arts & Sciences.

James said the dense mass may be embedded in the moon's mantle. The study says the mass is weighing down the basin floor by more than half a mile.

Another theory is that the mass is a "concentration of dense oxides associated with the last stage of lunar magma ocean solidification."

The study ”Deep Structure of the Lunar South Pole-Aitken Basin” is published in the journal Geophysical Research Letters.