The Federal Reserve's move is the first rate cut since the 2008 economic crisis and counters what it sees as threats to the U.S. economy. 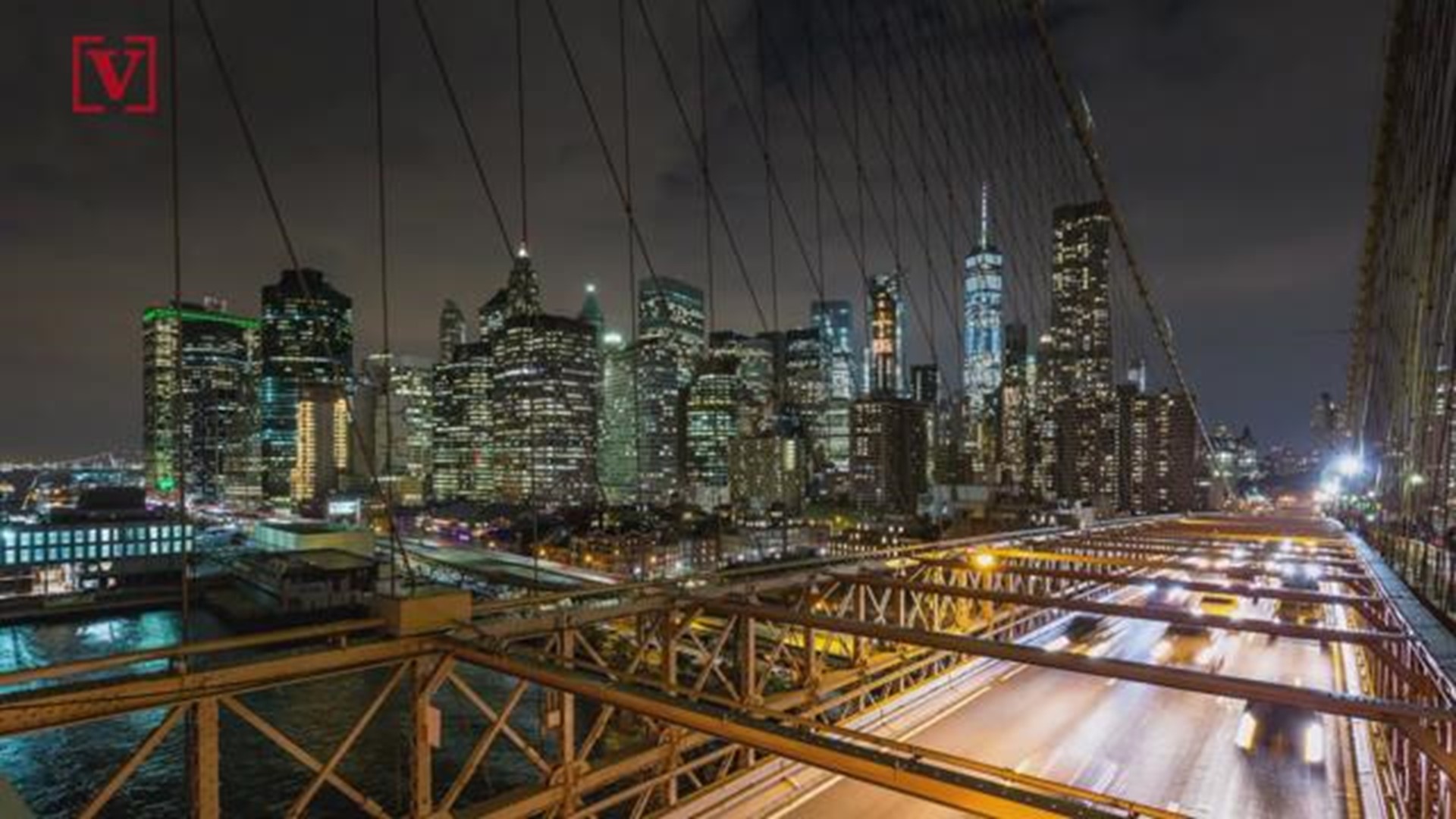 WASHINGTON — The Federal Reserve cut its key interest rate Wednesday for the first time in a decade to try to counter threats ranging from uncertainties caused by President Donald Trump's trade wars to chronically low inflation and a dim global outlook.

The Fed also repeated a pledge to "act as appropriate to sustain the expansion" — wording that the financial markets have interpreted as a signal for possible future rate cuts.

The initial reaction in the financial markets was muted. Stocks fell slightly after the Fed issued its statement at 2 p.m. Eastern time.

The central bank reduced its benchmark rate — which affects many loans for households and businesses — by a quarter-point to a range of 2% to 2.25%. It's the first rate cut since December 2008 during the depths of the Great Recession, when the Fed slashed its rate to a record low near zero and kept it there until 2015.

The economy is far healthier now despite risks to what's become the longest expansion on record.

RELATED: US economic growth failed to reach 3% in 2018

RELATED: China imports from US plunge 31% in June amid tariff war

It was the first time there have been as many as two dissents since December 2017 and suggested that Chairman Jerome Powell may face opposition if he seeks further rate cuts this year.

Compared with when the Fed previously cut rates more than a decade ago, the economy is now solid by most measures, if not spectacular. Consumers are spending. Unemployment is close to a half-century low. A recession hardly seems imminent.

Yet the Fed under Powell has signaled that rising economic pressures, notably from Trump's trade wars and from weakness in Europe, Asia and elsewhere, have become cause for concern. So has an inflation rate that remains stubbornly below the Fed's 2 percent target level.

So the Fed has decided that a rate cut now — and possibly one or more additional cuts to follow — could provide a kind of insurance policy against an economic downturn. The idea is that lowering its key short-term rate could encourage borrowing and spending and energize growth. Wall Street has welcomed that prospect with a stock market rally since the start of the year.

A key concern expressed by the Powell Fed is that Trump's pursuit of trade conflicts, with his punishing tariffs on hundreds of billions of dollars in Chinese and European goods, have escalated uncertainties for American companies. Some companies have put off plans to expand and invest.

Powell has also expressed concern about undesirably low inflation. In delivering the Fed's semiannual monetary report to Congress this month, he noted that the central bank needs to prevent the economy from sinking into a low-inflation trap like the one that has bedeviled Japan's economy for more than two decades. Ultra-low inflation can slow growth by causing consumers to postpone purchases, which, in turn, slows consumer spending, the economy's main fuel.

Another source of pressure for the Fed has been a relentless series of public attacks by Trump over its rate policy under Powell. Trump has blamed the Fed's four rate hikes in 2018 as a key reason why the U.S. economy is slowing.

This week, the president said he wanted to see a "large cut" in rates as well as an immediate halt in the reduction of the Fed's bond holdings, to avoid putting upward pressure on long-term rates.

Powell has asserted that Trump's pressure has had no effect on the rate policies of the Fed, which is considered an independent agency. But the president's incessant criticism raises the question of whether the attacks could eventually undermine confidence that the Fed will remain politically independent and not try to boost the economy before next year's presidential election.

Recent government reports— on economic growth, consumer spending and orders for durable manufactured goods — have confirmed that the economy remains on firm footing even with pressures at home and abroad. As a result, some analysts believe the Fed may pause after Wednesday's rate cut to see if the economic outlook further brightens before deciding on any further easing.

And skeptics wonder whether Fed rate cuts at this point would really do much to bolster an economy whose borrowing rates are already low. Some even worry that the central bank will be taking a needless risk: By cutting rates now, the Fed is disarming itself of some ammunition it would need in case the economy did slide toward a recession. Some also suggest that by driving rates ever lower, the Fed might be helping to fuel dangerous bubbles in stocks or other risky assets.

Yet many market traders foresee two or even three rate cuts this year as the Fed tries to counter global threats that risk spreading to the United States.

The Fed's current rate policy marks the continuation of a policy shift made early this year. In December, the Fed had raised its benchmark rate for the fourth time in 2018 and projected two additional rate increases in 2019. At the time, Powell also suggested that the Fed would keep reducing its bond portfolio indefinitely — a step that would further contribute to higher rates. Stock prices tumbled for days afterward.

But in January, Powell and the Fed shifted, indicating that they would be "patient" about any changes in rates and implying that rate hikes were off the table. After U.S.-China trade talks initially collapsed in May, the Fed went further and began considering acting to sustain the economic expansion.