Father of Parkland shooting victim yells out during State of the Union, escorted out

Fred Guttenberg said his emotions got the best of him after a section of President Trump's speech regarding the second amendment. 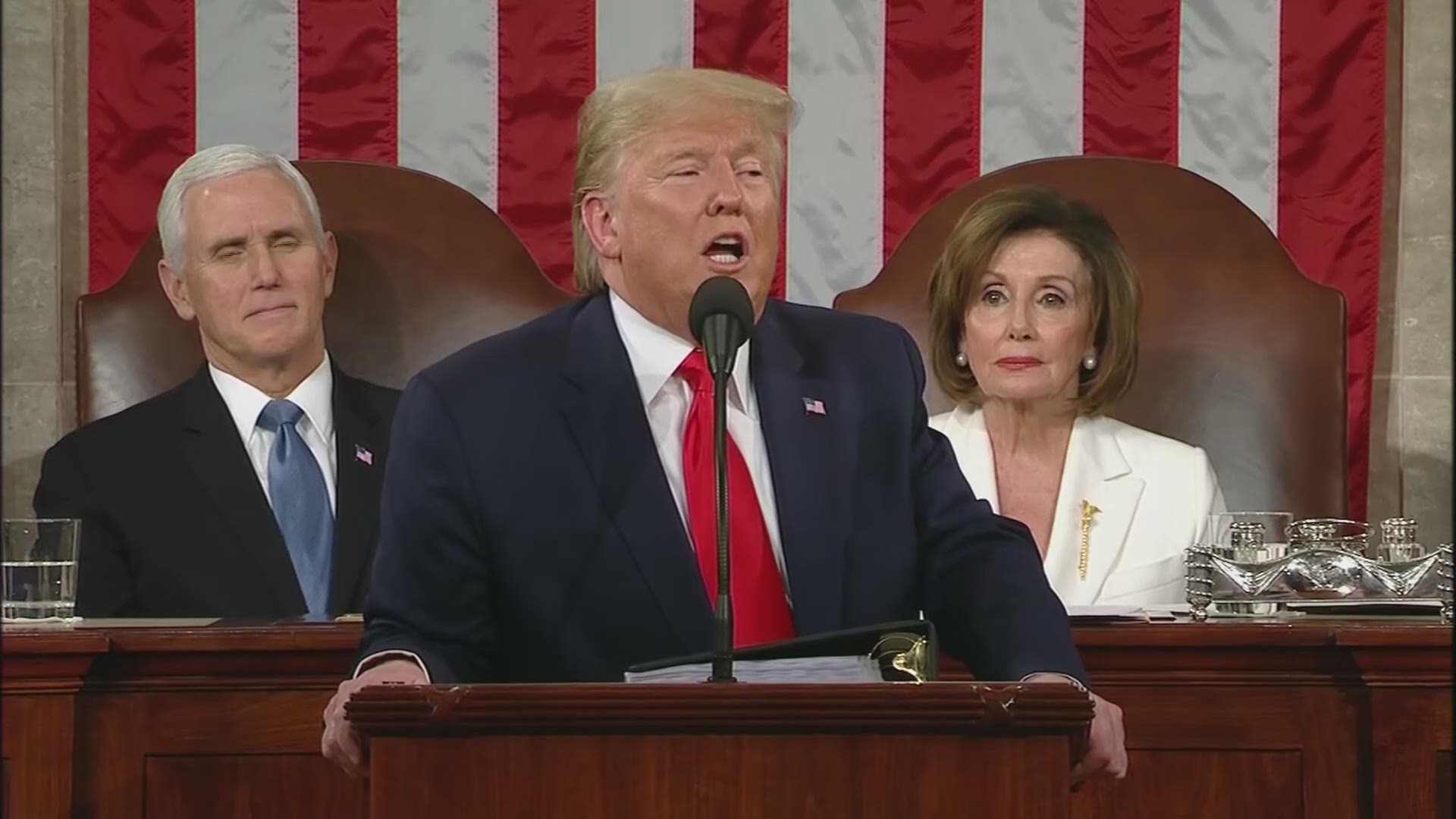 A protester who shouted at President Donald Trump during his State of the Union speech Tuesday night is the father of one of the victims of the 2018 shooting massacre at Marjory Stoneman Douglas High School in Parkland, Fla.

Fred Guttenberg was there as a guest of House Speaker Nancy Pelosi. His  14-year-old daughter, Jamie, was among 17 people killed in the shooting.

"Just as we believe in the First Amendment, we also believe in another constitutional right that is under siege all across our country.  So long as I am President, I will always protect your Second Amendment right to keep and bear arms," Trump said.

As the applause from the line died down, Guttenberg, seated somewhere to Trump's right, could be heard yelling something.

Pelosi, sitting behind Trump, looked in Guttenberg's direction to see what was happening. A few seconds later, her hand went up as if to signal someone. It's not clear if she was trying to get the attention of Guttenberg or someone else.

Trump did not react.

Guttenberg apologized later on Twitter, saying he let his emotions get the best of him, but that he could not listen to "the lies about the (second amendment)."

RELATED: VERIFY: Fact-checking Trump's 2020 State of the Union address and the Democratic response

RELATED: Nancy Pelosi rips up 'manifesto of mistruths' Trump speech after State of the Union

During the September 2018 Supreme Court confirmation hearing for Brett Kavanaugh, Guttenberg approached Kavanaugh. He put out his hand to Kavanaugh, who paused for a couple of seconds before turning away as a security guard stepped in.

Afterward, Guttenberg tweeted that Kavanaugh "did not want to deal with the reality of gun violence."

The White House said security intervened before Kavanaugh could shake the hand of the "unidentified individual."