According to the poll published Thursday, Warren comes in at 28% to Biden's 21%. 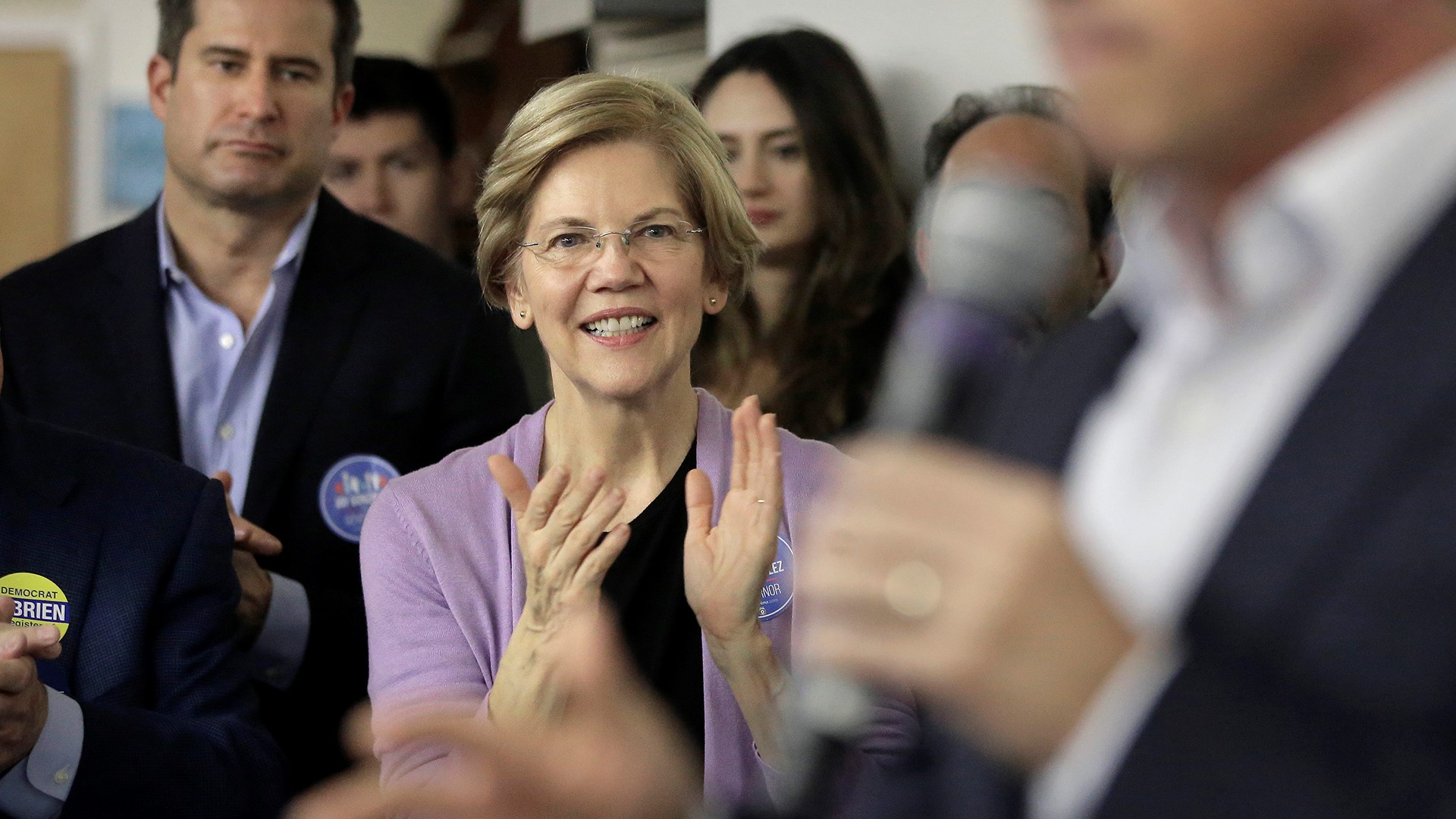 Senator Elizabeth Warren is opening her lead in the Democratic primary after a tight race with former Vice President Joe Biden, according to a new national Quinnipiac University poll.

According to the poll published Thursday, Warren comes in at 28% to Biden's 21%. The two candidates are followed by Senator Bernie Sanders at 15%, Mayor Pete Buttigieg at 10%, Senator Kamala Harris at 5% and Senator Amy Klobuchar with 3%. None of the other candidates topped 1%.

A Quinnipiac poll released earlier this month, before the fourth Democratic debate, also showed Warren leading, but by fewer points.

Biden still leads in the question of who would be the best leader at 28% to Warren's 24%, with Sanders following at 13%.

The Democratic presidential candidates will face off again in the next Democratic debate on Nov. 20. The debate will be held in Georgia and will be co-hosted by MSNBC and the Washington Post. The moderators are all women: "The Rachel Maddow Show" host Rachel Maddow, "Andrea Mitchell Reports" host Andrea Mitchell, NBC News White House correspondent Kristen Welker and Washington Post White House reporter Ashley Parker.