Trump will visit El Paso Wednesday where 22 people were massacred. O'Rourke has accused him of stoking the hatred that led to the bloodshed. 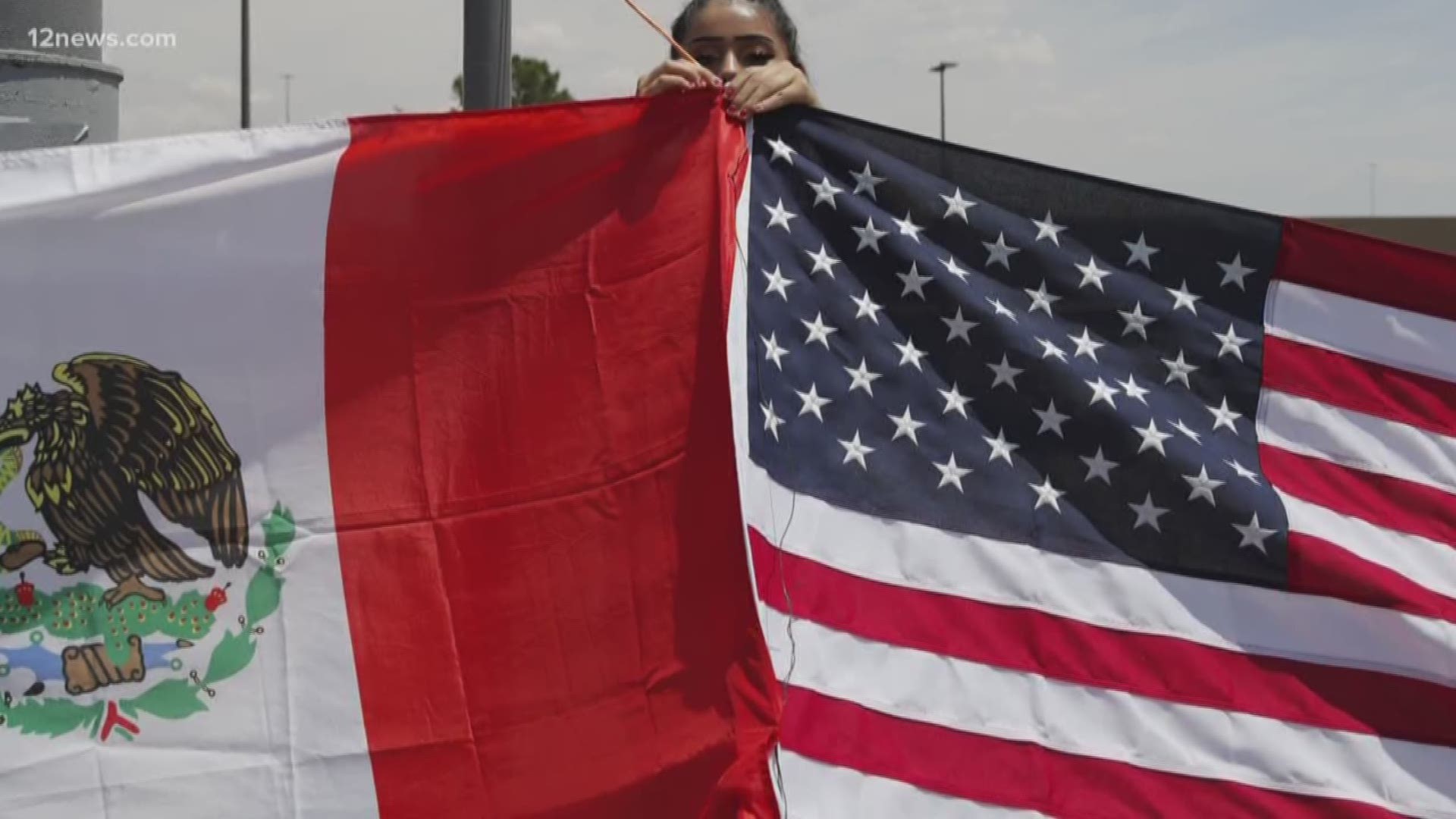 O'Rourke, who was born and raised in El Paso and served the community as a congressman for six years, has not been timid in the past few days at calling out Trump. He has openly accused Trump of being a racist and accused the president of stoking the hatred that led to the massacre with his anti-immigrant rhetoric.

Authorities are scrutinizing a racist, anti-immigrant screed posted online shortly before police say Patrick Crusius, 21, opened fire on Saturday. Language in the document mirrors some of the words used by Trump. The president on Monday denounced white supremacy, something he has been reluctant to criticize in the past.

RELATED: Some skeptical as Trump prepares to visit shooting sites

O'Rourke said these are among the reasons he believes Trump should not visit El Paso while it is still grieving.

"This president, who helped create the hatred that made Saturday's tragedy possible, should not come to El Paso," O'Rourke tweeted Monday. "We do not need more division. We need to heal. He has no place here."

"Beto (phony name to indicate Hispanic heritage) O’Rourke, who is embarrassed by my last visit to the Great State of Texas, where I trounced him, and is now even more embarrassed by polling at 1% in the Democrat Primary, should respect the victims & law enforcement - & be quiet!" Trump tweeted.

O'Rourke did not back down.

"22 people in my hometown are dead after an act of terror inspired by your racism. El Paso will not be quiet and neither will I," O'Rourke responded.

O'Rourke says he plans to attend an "El Paso Strong" event ahead of Trump's visit.

Some claims in Trump's tweet require more context. First, about O'Rourke's name. His given name is Robert Francis O'Rourke. He has previously explained that Beto is a nickname for Robert, which is commonly given in the majority-Hispanic and Latino city El Paso.

The reference to Trump's last visit and how he "trounced" O'Rourke likely about his February political rally. A reported 6,500 people were in the arena (its capacity) and as many as 12,000 more watched outside on big screens for an estimated total of 18,500. The president had claimed 35,000 attended, but the El Paso Fire Department reportedly said that was not true.

At the same time, O'Rourke held a counter-rally in another part of the city which may have drawn as many as 15,000 people, according to a Bloomberg reporter citing El Paso police. So, Trump was likely correct that he had a larger crowd, but not by much.

It's not clear which poll Trump was citing with his 1% claim, but the claim is at least partially incorrect. O'Rourke has already qualified for the next Democratic debate in September. One of the requirements is to have at least 2% support in four polls approved by the Democratic National Committee. So although he is far behind frontrunners like former Vice President Joe Biden and Senators Kamala Harris, Bernie Sanders and Elizabeth Warren, he has been polling above 1%. However, a new Suffolk University/Boston Globe poll -- which is not one of the approved polls -- found O'Rouke had 0.4% support.

Trump will also visit Dayton, Ohio, Wednesday before going to El Paso. A lone gunman killed 9 people and wounded 37 others in a 30-second shooting spree Sunday morning before being killed by police. It happened 13 hours after the El Paso shooting. The motive remains under investigation.