It was 21 degrees when the parade started, making it one of the coldest Thanksgivings in New York City in decades. 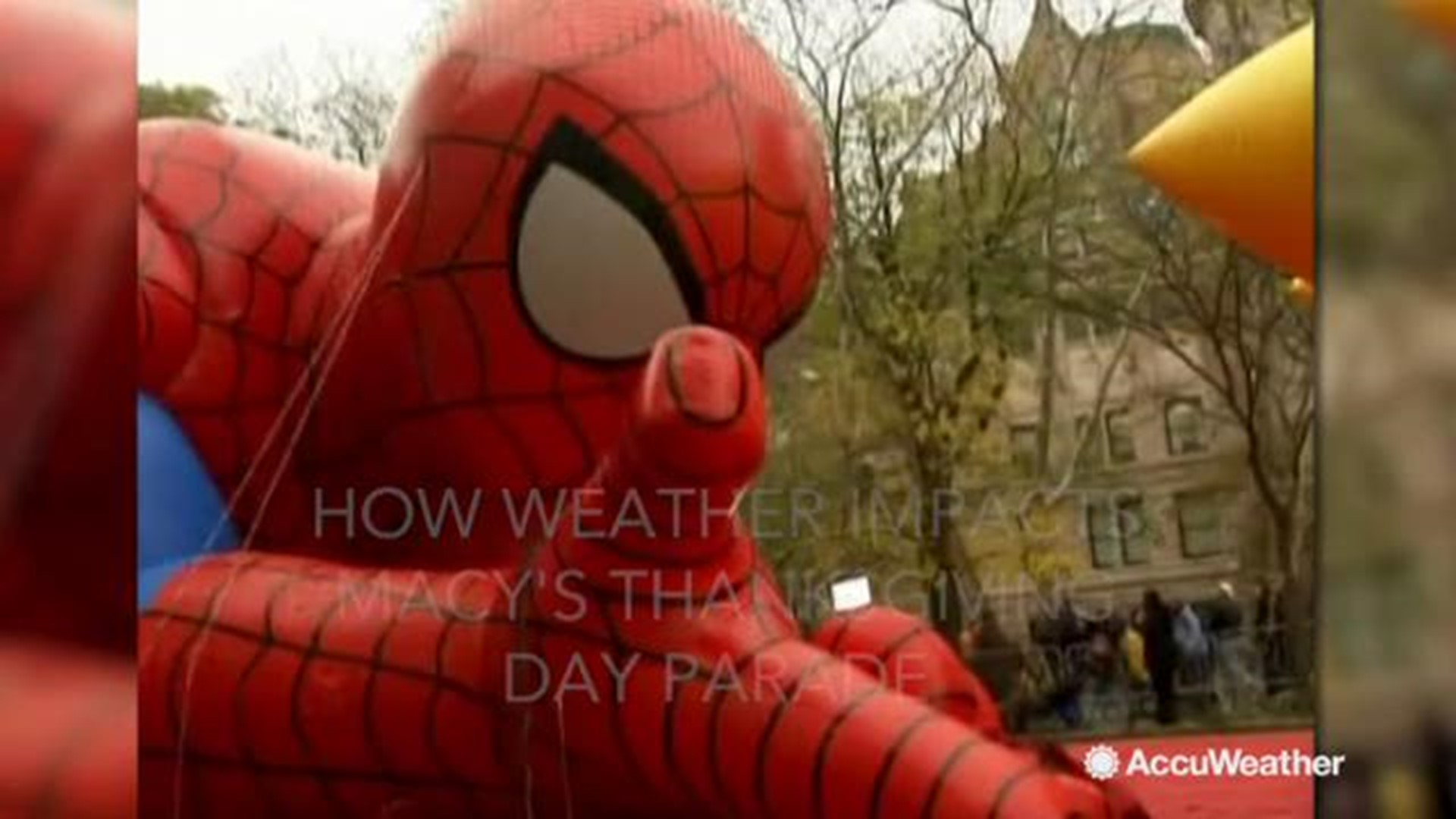 rigid temperatures and blustery winds were no match for holiday cheer as giant character balloons took to the skies, and performers on floats and marching bands made their way through New York City's streets on Thursday for Macy's Thanksgiving Day Parade.

SpongeBob, Charlie Brown, the Grinch and other big balloons were cleared for takeoff just before the parade, although some of them floated at noticeably lower heights above the people holding their tethers, like the outstretched hand of the "Diary of a Wimpy Kid" balloon that appeared to hit some of his handlers on their wool cap-covered heads.

The 21 degrees (-6 Celsius) at the start made it one of the coldest Thanksgivings in the city in decades. Forecasts called for sustained winds of up to 20 mph (32 kph) and gusts to 30 mph (48 kph).

Officials had been ready to order the 16 helium-filled balloons to a lower altitude or removed entirely if sustained winds exceed 23 mph (37 kph) and gusts exceed 34 mph (54.7 kph). There have been mishaps and injuries in the past when gusts blew them off course.

Bystanders refused to let cold temperatures put a damper on watching the parade, breaking out the blankets and sleeping bags to watch the giant balloons go by.

Tony Stout camped out with his extended family since 2 a.m. to make sure they got a good view of his son, who was in the parade with The Ohio State University marching band. They traveled from Columbus, Ohio, for the parade.

"Ohhh, I'm freezing and numb, but excited," he said.

Dylan Mahoney, who has come to the parade every year for the last dozen years, said he stayed warm by layering, including several pairs of socks.

"It's one of the coldest," he said, but "we've watched in the rain before."

He said he loves the tradition of attending the parade, driving from Leonia, New Jersey, in the early hours to see the bands and balloons and racing for a good spot.

Thursday has the potential to be New York City's coldest Thanksgiving since 1901, when the temperature only got as high as 26 degrees (-3.3 Celsius). The coldest on record was in 1871, when the warmest it got was 22 degrees (-5.5 Celsius).

New York City has issued an extreme cold weather alert and is urging anyone going outside to wear hats, scarves, gloves and layered clothing and to keep their fingertips, earlobes, and noses covered to prevent frostbite.

Police Commissioner James O'Neill said thousands of officers were stationed along the parade route. They included counterterrorism teams with long guns, plainclothes officers mixed in with the crowd and a new squad of K-9 teams that can sniff out explosives from a few hundred feet away.

The parade runs 46 blocks from the west side of Central Park to Macy's flagship store in midtown Manhattan.

The parade features about 8,000 marchers, including high school bands from across the country, and two-dozen floats culminating with the arrival of Santa Claus.

Ross, 74, was performing a song from her new Christmas album and was being joined on her float by her some of her family members, including daughter Tracee Ellis Ross, a star of ABC's "Black-ish," and actor son Evan Ross.