Who gets the $3,600 child tax credit in the COVID relief bill?

The provision would increase the child tax credit for parents and would spread the money out over the course of a year rather than one lump sum. 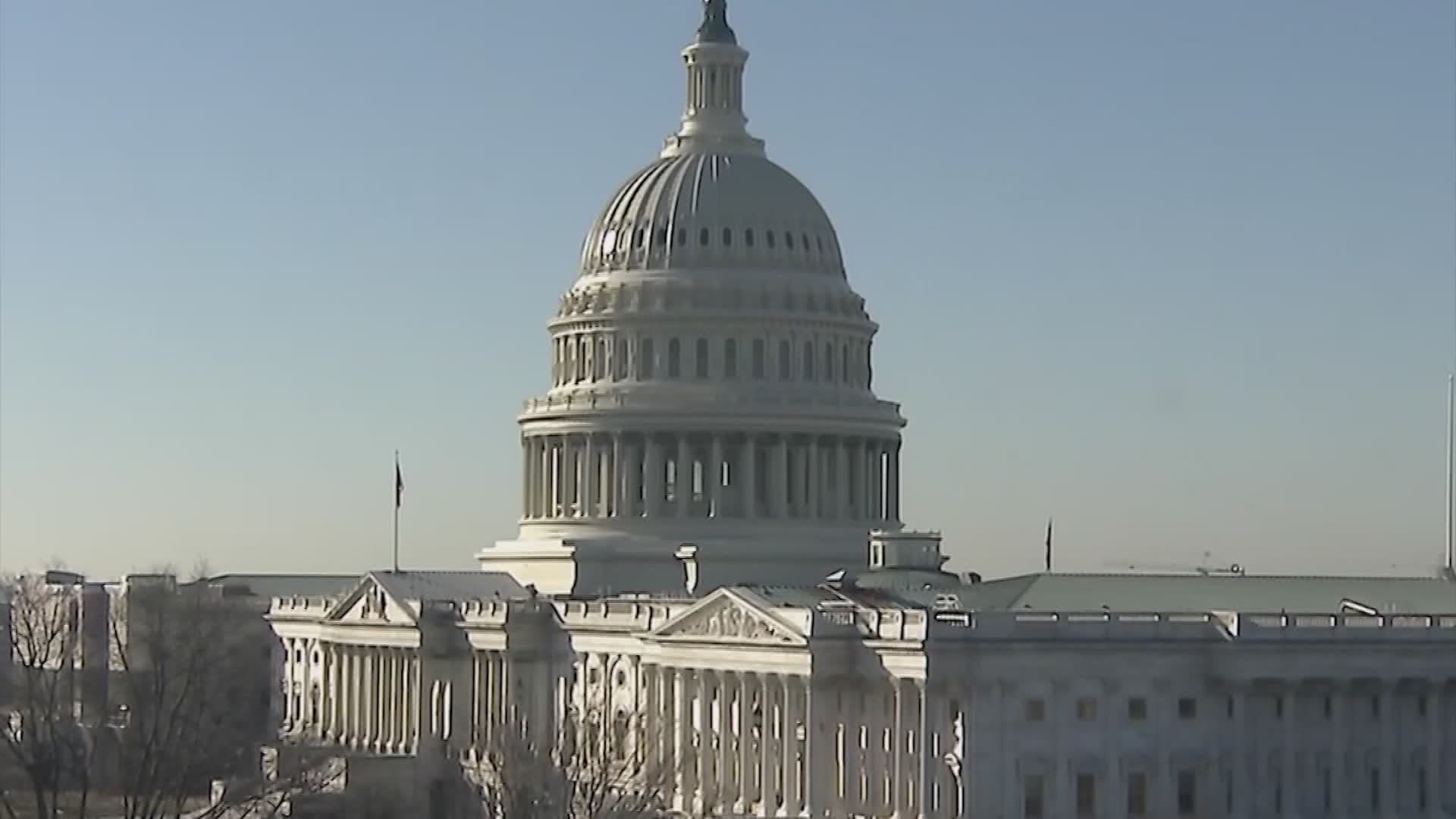 WASHINGTON — The massive coronavirus relief plan making its way to President Joe Biden’s desk includes a plan to temporarily raise the child tax credit that could end up permanently changing the way the country deals with child poverty.

It also sets up a potential political showdown with Republicans over an issue that Democrats believe could drive significant wins for the party in the 2022 midterm elections and beyond.

The American Rescue Plan, expected to receive final approval this week, temporarily raises the child tax credit, now at a maximum of $2,000, to as much as $3,600 per child annually. The plan also expands the credit so it’s fully available to the poorest families, instead of restricting it based on the parents’ tax liability. And it will be paid out in monthly installments, to offer families struggling during the pandemic a more consistent lifeline.

In the short term, said Democratic strategist Josh Schwerin, the expansion of the tax credit and other immediate aid included in the $1.9 trillion bill provide real evidence of Democratic action to help middle-class families.

“One of the good things politically about this bill is the direct and obvious impact it's going to have on American families in a way they can see and feel in an immediate way,” he said.

The legislation gives families up to $3,600 annually for each child under age 6 and as much as $3,000 for those up to 17. The credit starts to phase out for individual parents earning more than $75,000 and couples making $150,000. The legislation also expands the credit to millions of families currently making too little to qualify for the full benefits.

The benefit is aimed at providing support to millions of families affected by the coronavirus pandemic, with parents forced to cut down on work or give up their jobs entirely to take care of children after losing access to childcare. Democrats have embraced an analysis that found the proposal would cut child poverty among Black families by more than 50%, and by 45% overall.

Republicans charge the move amounts to an expansion of the welfare state that will disincentivize parents from seeking work. But Democrats hold out the proposal as a fundamental rethinking of the way the country approaches child poverty and an opportunity to address the income inequality that’s been exacerbated by the pandemic.

Connecticut Rep. Rosa DeLauro, a Democrat who has been advocating for an expansion of the credit since 2003, said in a statement that “this legislation forever changes the way that our nation supports both middle class families and children in poverty.”

DeLauro and other Democrats on Capitol Hill see the current legislation as laying the groundwork for a permanent expansion of the credit. Indeed, Biden himself told House Democrats during a private call last week that he supports legislation that would permanently increase the child tax credit to $3,000 per child.

While Republicans broadly support the idea of expanding benefits for children, some have opposed the Biden plan for its price tag, and others have criticized it for divorcing the benefit from any work requirement.

Scott Winship, director of poverty studies at the conservative American Enterprise Institute, said his concern is that a permanent child allowance might make parents less likely to work and reduce the number of two-parent households, since there would be a stream of income from the government. He wants to reduce child poverty but is concerned that doing so this way might worsen factors such as unemployment and single-parenthood that contribute to policy.

“The feeling is we win the battle against child poverty but we lose the war in the long run because we’ve created incentives that make it tougher to reduce poverty,” Winship said.

That's the case made by some Republican lawmakers in offering an alternative to the Biden proposal. Sens. Mike Lee of Utah and Marco Rubio of Florida have released their own expansion of the credit that ties the benefit to work.

“If pulling families out of poverty were as simple as handing moms and dads a check, we would have solved poverty a long time ago,” he wrote.

But the expanded benefits included in the coronavirus relief plan set up a precedent that could put Republicans on defense on the issue. Because the benefit currently expires after a year, the Biden plan essentially creates a potential fiscal cliff for child poverty. This could set up a political showdown during an election year on whether voters believe it's acceptable for millions of children to lose the added aid and become impoverished once again.

“When it’s up for renewal, Republicans will be in the awkward position of opposing payments to families delivered through a credit that they pioneered, and championed as recently as 2017,” said Samuel Hammond, director of poverty and welfare policy at the Niskanen Center. “The alternative is to rally behind some Plan B.”

“No Republican wants to run on taking money away from families of any income,” Hammond said.

Hammond helped to develop one such “Plan B” for Utah Sen. Mitt Romney, whose plan is different from Biden's because it eliminates some other popular tax breaks to make the proposal deficit-neutral, which means it's unlikely to gain much support from Democrats.

Indeed, Schwerin suggested that, looking toward the midterm elections, the attack ads aimed at Republicans would simply highlight the party’s votes for tax cuts during the Trump administration in contrast with their votes against the Biden plan.

“It’s as simple as, when it was a vote on tax cuts for billionaires, Republicans voted yes, and when it was a check for you, they voted no,” he said.