The store will operate just like a real grocery store so that people can go shopping through the aisles and volunteers will scan their items, but no money will change hands. 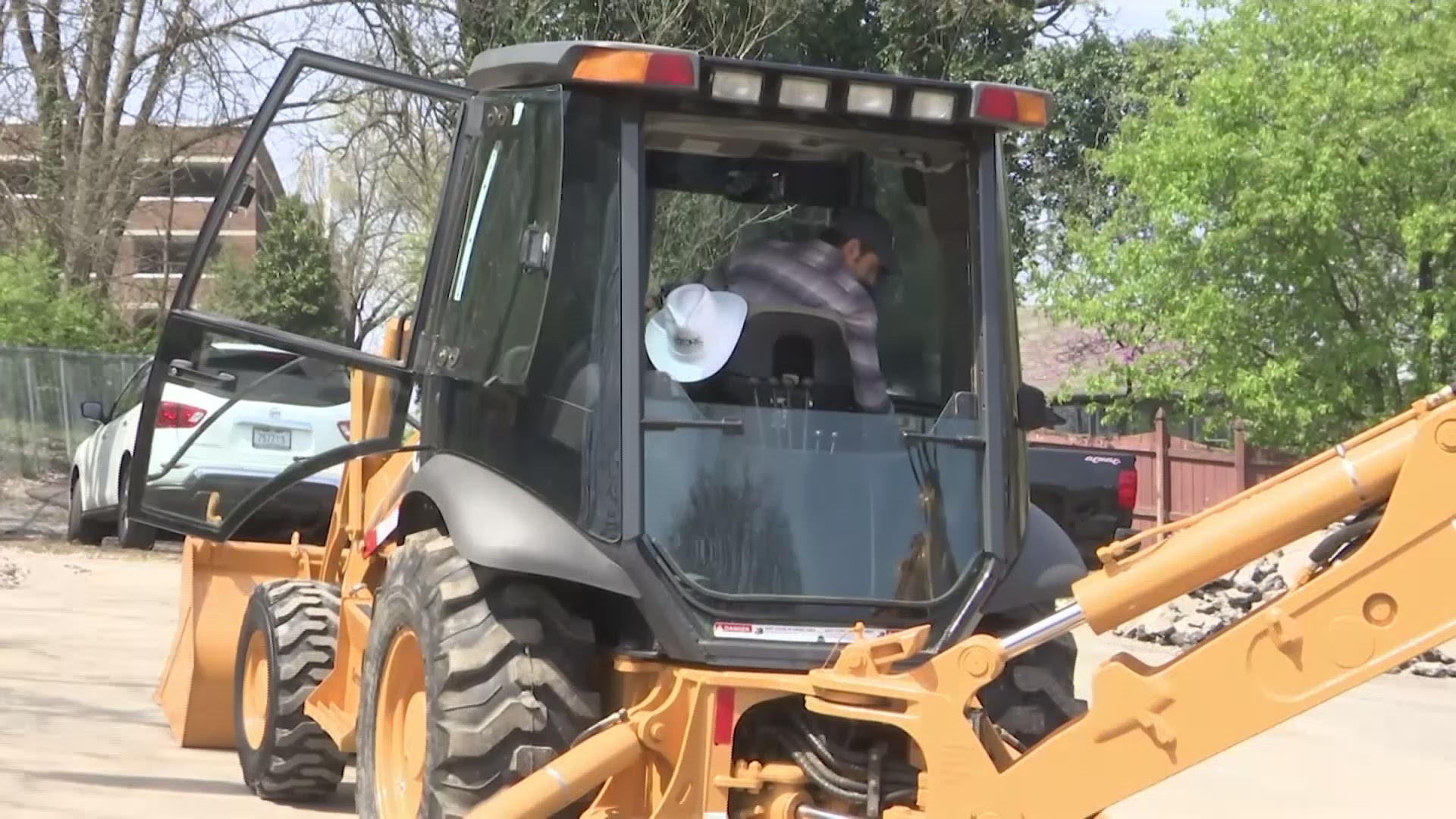 NASHVILLE, Tenn. — Country star Brad Paisley took the controls of a backhoe to dig up the first pile of dirt in the space that will become a free grocery store to support needy families in Nashville, Tennessee.

Paisley donned a cowboy hat-shaped construction helmet for part of Wednesday's groundbreaking ceremony for The Store, which is a partnership with his alma mater Belmont University.

The country star and his wife, actress Kimberly Williams-Paisley, said they got the idea after volunteering with their kids at a similar store called the Unity Shoppe in Santa Barbara, California. Construction on the Nashville store is projected to be completed by the end of the year.

"Hunger and food insecurity is a real issue in Nashville," said Williams-Paisley. "One in seven people deal with food insecurity. That means they don't know where their next meal is coming from. And it's even worse for kids, one in five children."

The store will operate like a real grocery store so that people can go shopping through the aisles and Belmont students and other volunteers will scan their items, but no money will change hands.

"We really want to get people before this is a major crisis," Williams-Paisley said. "We want to help people in this gap where they are trying to get back on their feet."

The store will be located on Belmont's campus and next to the university's Ministry Center, which will provide heath care and legal aid ministry clinics.

Paisley said this model "takes away the sting of embarrassment for a parent who maybe feels that way because they can't feed their kid."

Even the mechanical horse for kids on the outside of the store will be free, he said.

"The kids should not know what their parent is going through," Paisley said. "That's not stress a child needs."