The Grammy award-winning legendary singer had social media buzzing with critiques over her rendition of the song. 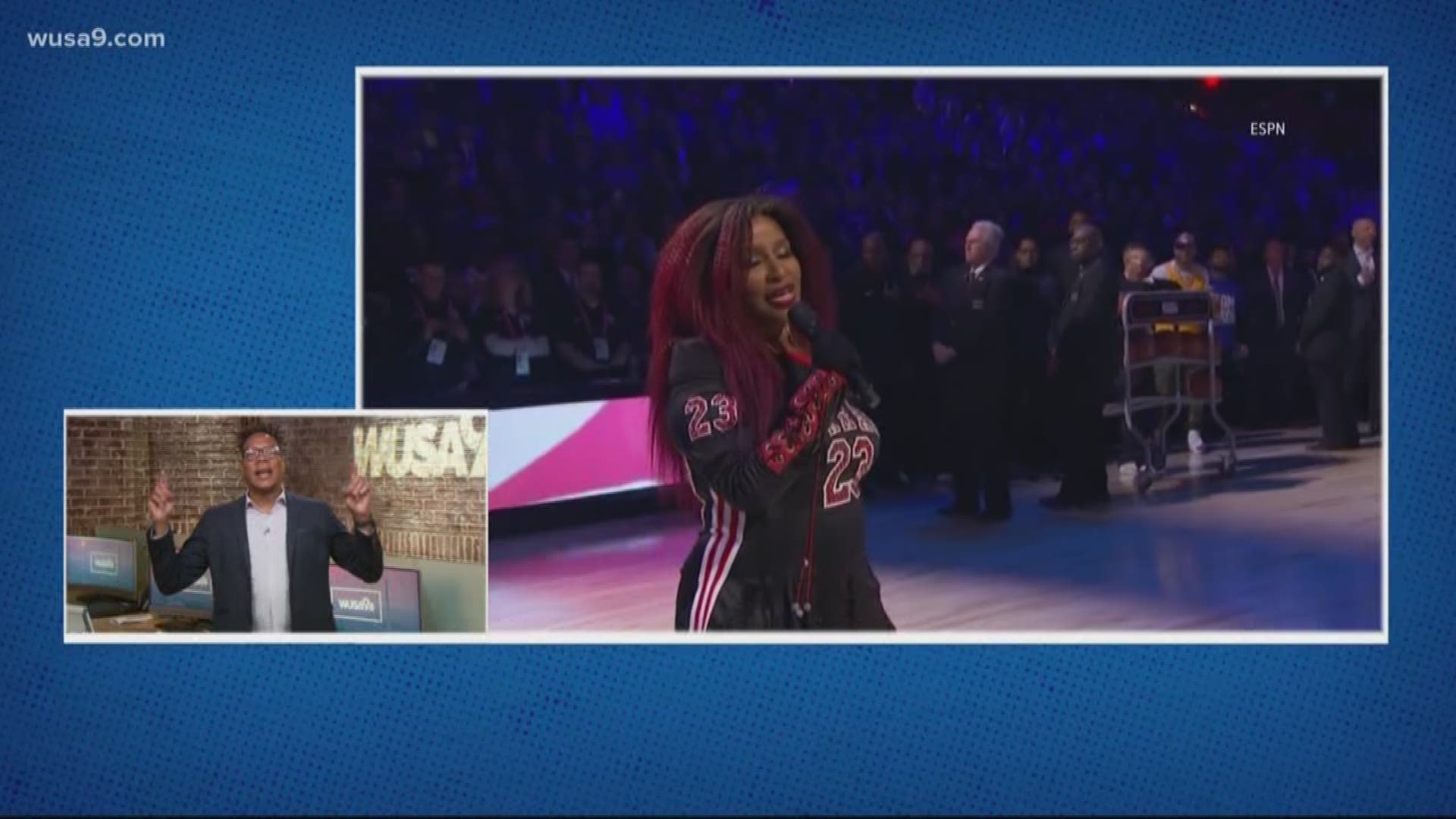 As the NBA All-Star game kicked off in Chicago the legendary Chaka Khan came out on the court to sing the national anthem before tip off. And, well ... it was definitely a moment.

Many were not cheering for her version. TEGNA station WUSA9's Sports Director Darren Haynes asked on Twitter, "How BAD was Chaka Khan? YOU BE THE JUDGE."

Twitter wasn't feeling it though. A scroll through tweets with the #NationalAnthem hashtag Sunday night showed a marked spike in shade being thrown at the performance.

Comparisons of Fergie's previous infamous version of the song were drawn. Whether those comparisons were fair or not, that was up to viewers to decide.

Today In Sports reached back to memories of Whitney Houston's iconic performance of the song at another sporting event, as an example of one of the best versions of the anthem.