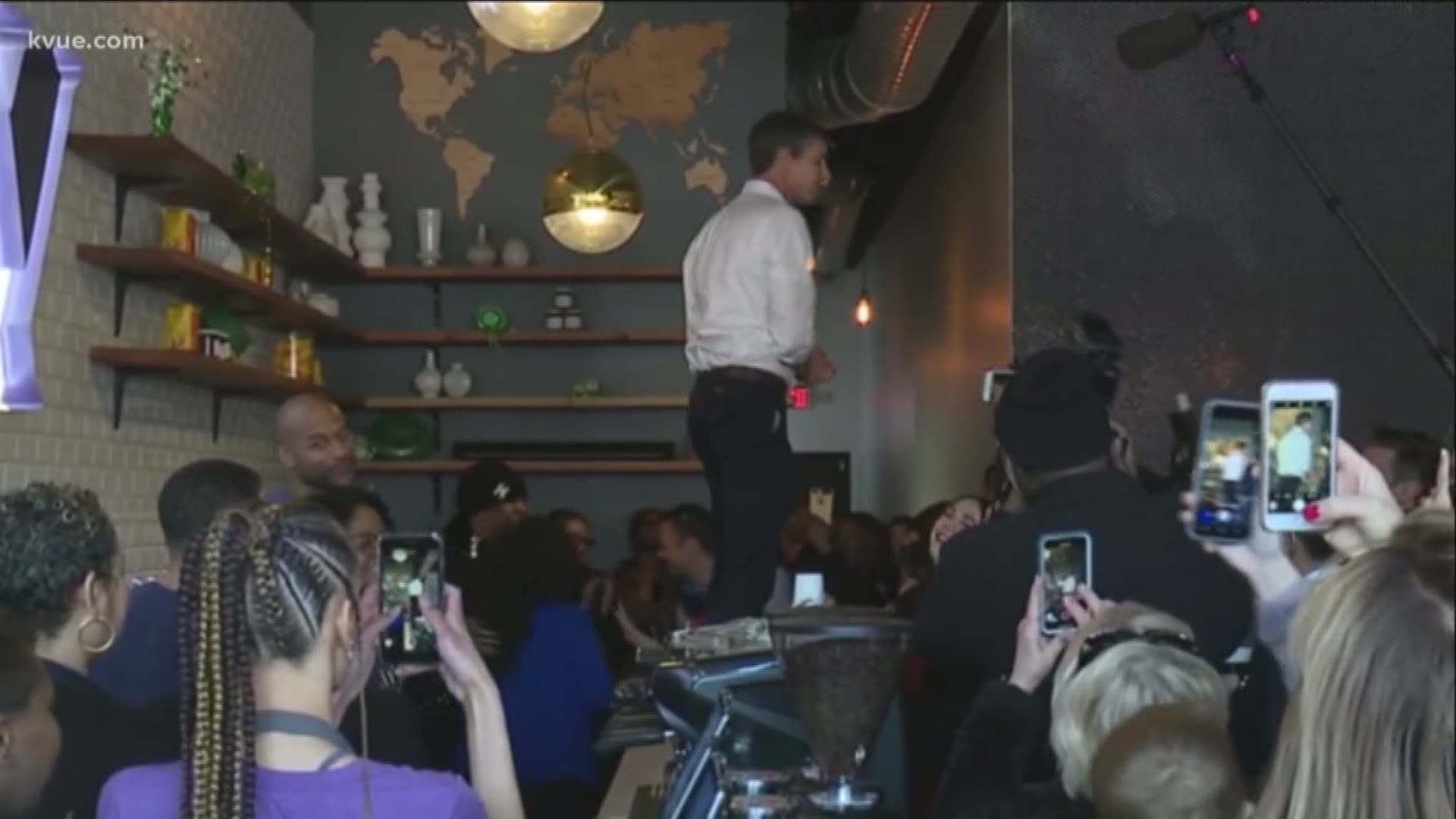 Democratic presidential candidate Beto O'Rourke raised more than $6 million online during the first 24 hours after he announced his White House bid, the highest first-day number reported by any candidate, his campaign said Monday.

The $6.1 million is just above what Vermont Sen. Bernie Sanders reported for his first day as a candidate.

O'Rourke, a former Texas congressman, jumped into the 2020 presidential race on Thursday after months of speculation, shaking up the already packed Democratic field and pledging to win over voters from across the political spectrum.

O'Rourke raised an eye-popping $80 million in grassroots donations last year in his failed U.S. Senate race in Texas against incumbent Republican Ted Cruz, all while largely avoiding money from PACs. His early fundraising numbers in the presidential contest will be seen as an initial signal of whether his popularity during the Senate campaign will carry over to his White House bid.

Washington Gov. Jay Inslee said three days after starting his presidential campaign this month that he had raised more than $1 million, a notable haul for a governor less widely known than many of his competitors in a field dominated by senators.

Sanders has set the pace for 2020 grassroots donations. Aided by the $6 million he pulled in on his first day as a candidate, he took in more than $10 million in the first week, overwhelmingly from small donors.

O'Rourke, asked last week if he thought he would top Sanders, said only, "We'll see."