Video: Octopus had bald eagle in death grip until fishermen stepped in

They said the eagle appeared to have bitten off more than it could chew. 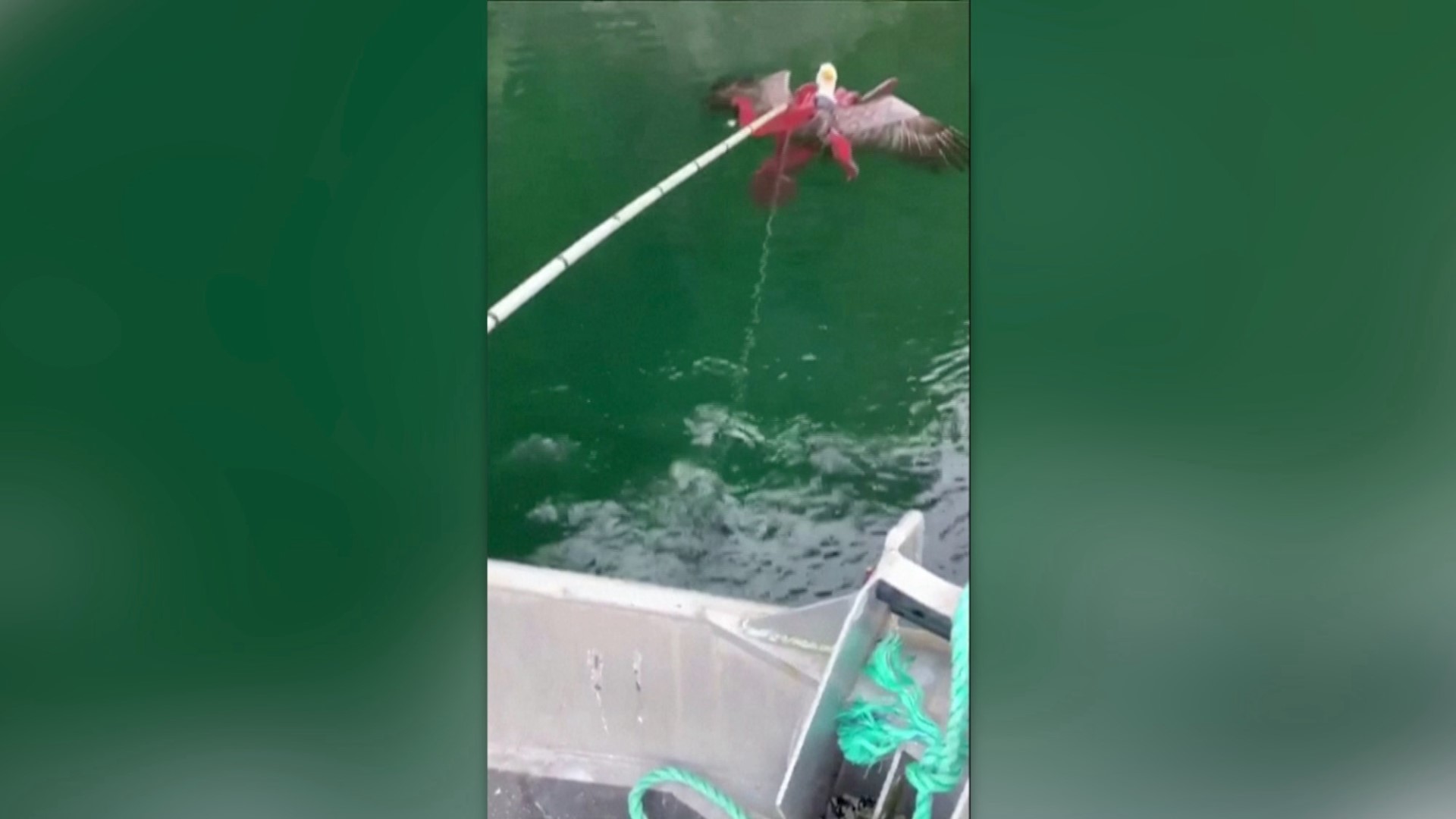 Fishermen at a Canadian fish farm intervened to stop a rarely seen battle of air and sea creatures when an Eagle became the potential victim of an octopus.

Mowi Canada West posted a video of the encounter on Facebook. It happened at the company's facility in Quatsino in the northern part of Vancouver Island, British Columbia.

They said the eagle appeared to have bitten off more than it could chew.

“We heard lots of splashing and a screeching sound coming from behind one of the float buildings,” John Ilett, the fish farm manager told the Vancouver Sun. “When we went around to investigate, we saw a full-sized eagle completely wrapped up in a giant octopus — something that you don’t think you’ll ever see."

Ilett said the fishermen considered letting mother nature take its course, but they couldn't bear to watch the eagle drown. Ilett poked at the Octopus with a pike pole, causing it to release its grip.

The eagle was able to swim to shore as the Octopus swam away.

“We actually felt pretty good about ourselves stepping in," Ilett said.

He added that the eagle probably underestimated the size of the octopus, which he believed was more than four feet long.

"Look at this size of this," someone is heard saying on the video.