President Trump will be the first incumbent president since Andrew Johnson to skip his successor's inauguration. 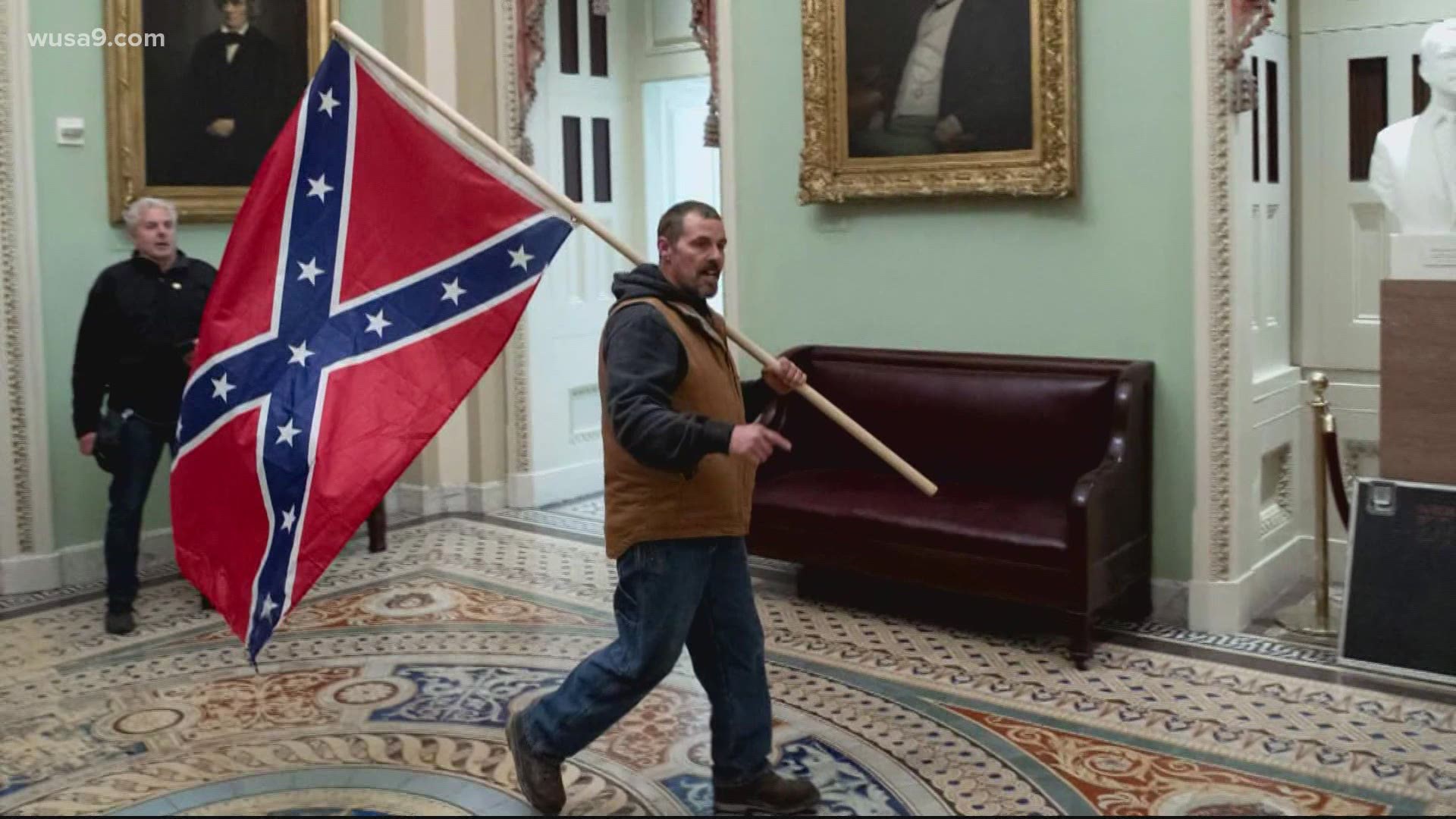 WASHINGTON — Just one day after President Donald Trump acknowledged he lost the election to President-elect Joe Biden, he declared Friday that he won't be going to the inauguration.

"To all of those who have asked, I will not be going to the Inauguration on January 20th," Trump tweeted.

He will be the first incumbent president since Andrew Johnson to skip his successor's inauguration. Trump offered no clues for how he would spend his final hours in office. Biden will become president at noon regardless of Trump’s plans.

Biden said Friday afternoon that given what happened this week with a mob of pro-Trump supporters rioting at the U.S. Capitol, Trump not attending the inauguration is "one of the few things he and I ever agreed on."

"It's a good thing him not showing up," Biden said. "He has exceeded even my worst notions about him. He's been an embarrassment to the country, embarrassed us around the world."

Former President Jimmy Carter recently announced he wouldn’t be there, the first inauguration the 96-year-old will miss since he himself was sworn into office in 1977. 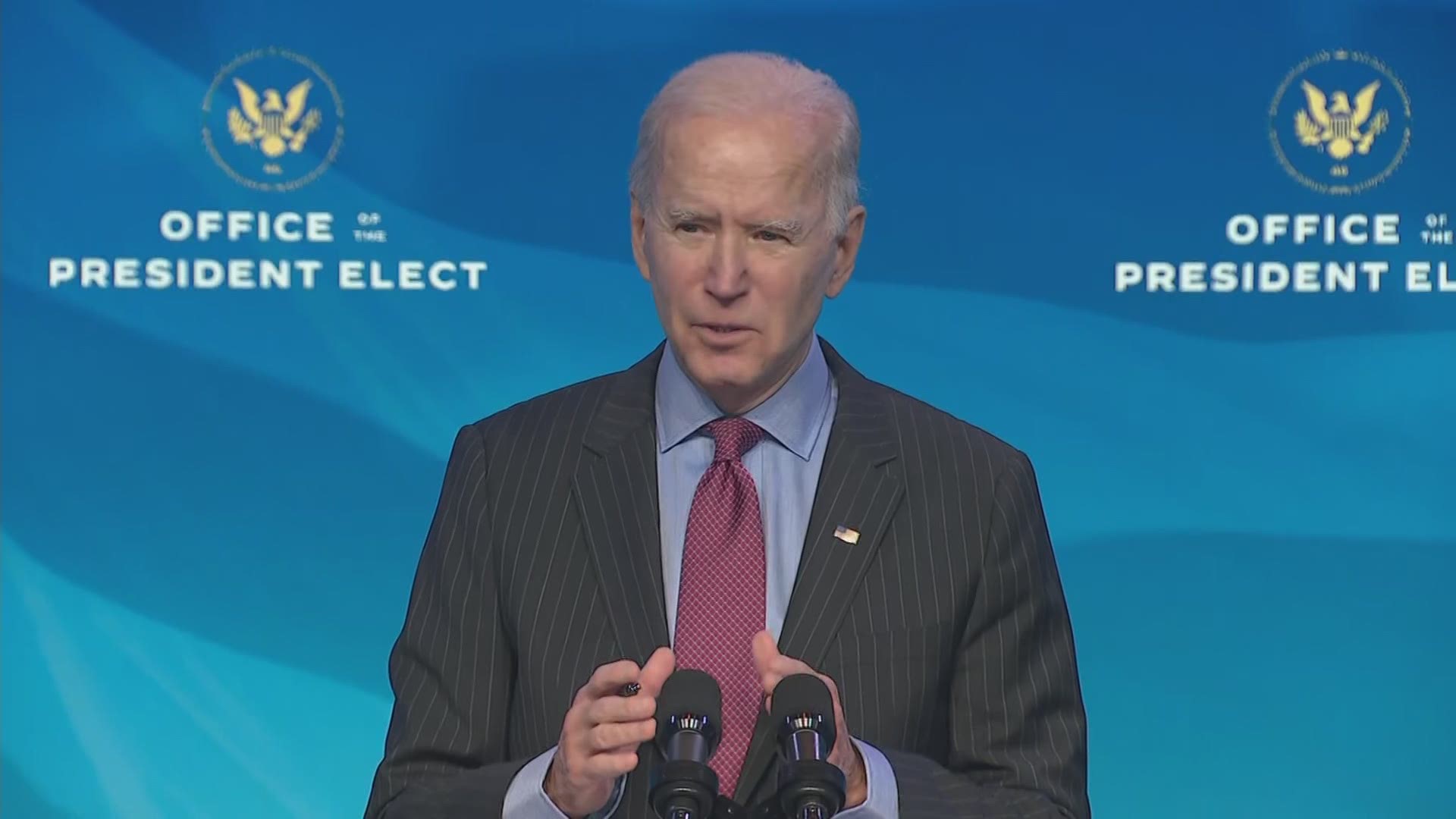 About an hour before announcing his plans to skip the inauguration, Trump tweeted that those who voted for him "will not be disrespected or treated unfairly in any way."

"The 75,000,000 great American Patriots who voted for me, AMERICA FIRST, and MAKE AMERICA GREAT AGAIN, will have a GIANT VOICE long into the future," the president tweeted Friday morning.

On Wednesday, a mob of Trump supporters stormed the U.S. Capitol and clashed with law enforcement, forcing lawmakers to evacuate the building. Capitol Police Officer Brian Sicknick was the fifth person to die from the attack.

In a video message posted Thursday evening, the president condemned those involved.

Outside of that video, Friday's tweet was Trump's first since he was suspended from Twitter after the riot. In his tweet, he addressed the 75 million Americans who voted for him, however, the Associated Press vote tally claims he only received 74.2 million compared to Biden's 81.2 million votes.

The 75,000,000 great American Patriots who voted for me, AMERICA FIRST, and MAKE AMERICA GREAT AGAIN, will have a GIANT VOICE long into the future. They will not be disrespected or treated unfairly in any way, shape or form!!!

“A new administration will be inaugurated on Jan. 20,” Trump said in the Thursday night video. “My focus now turns to ensuring a smooth, orderly and seamless transition of power. This moment calls for healing and reconciliation.”

In his most extensive comments since the violent riot, the president said "those who engaged in the acts of violence and destruction, you do not represent our country. And to those who broke the law, you will pay."

The video was a sharp reversal of his comments Wednesday when he addressed thousands of supporters before the riot.

Credit: AP
Police with guns drawn watch as protesters try to break into the House Chamber at the U.S. Capitol on Wednesday, Jan. 6, 2021, in Washington. (AP Photo/J. Scott Applewhite)

House Democrats are set to discuss Friday whether to impeach the president again if Pence and Trump's Cabinet don't invoke the 25th Amendment to remove Trump from office.

Democratic House Speaker Nancy Pelosi declared that “the president of the United States incited an armed insurrection against America.” She called him “a very dangerous person who should not continue in office. This is urgent, an emergency of the highest magnitude.”