Many of the new emojis have multiple variations for skin tone and gender -- including gender neutral options. 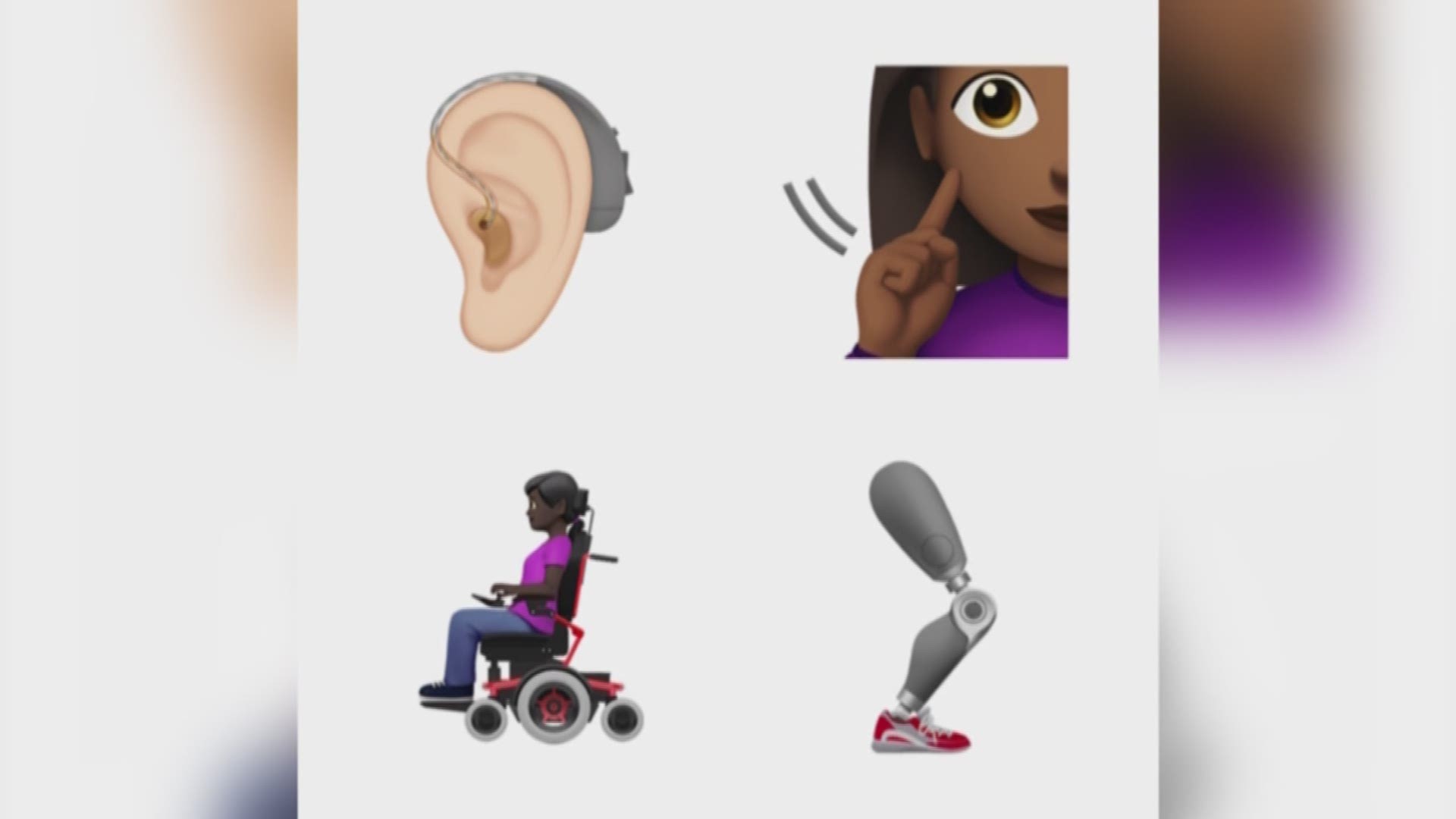 Apple has released iOS 13.2 and with it comes a reported 398 new or modified emojis to choose from. Many of them embrace inclusiveness whether by gender, skin tone, hair color, persons with disabilities or occupation.

Some of the new emojis were previewed on World Emoji Day in July.

One key new feature is a gender neutral option for multiple emojis.

Human Rights Campaign praised the move, in a statement to TEGNA by saying, "Be it through texts, social media or any form of written communication -- we use emojis to express ourselves, our feelings and what's happening in our day-to-day lives. By including gender-neutral emojis, more iPhone users will be able to accurately describe themselves. When people, LGBTQ and not, have more tools for expression, we are able to create greater understanding through conversations. This is a powerful move by Apple, not only for equality and representation, but for how all of us relate and communicate better with one another."

GLAAD spokesperson Mathew Lasky said the new additions better reflect the world in which we live, saying in a statement to TEGNA, “Emojis are an extremely popular form of communication in today’s society, and therefore it is critical that all Apple users have the ability to use emojis that accurately represent their identity. As more and more people continue to identify outside of the binary of male and female, Apple’s new gender-neutral emojis reflect the diverse world we live in and also raise the bar for inclusion in digital spaces.”

Here are some of the other new emojis, most of which come in multiple skin tone and gender variations: