Alligators, sharks, mountain lions and other predators are making a comeback

A new study said that these and many other large predators, on land and in the sea, are recolonizing areas that used to be prime hunting grounds for them, before humans decimated their populations. 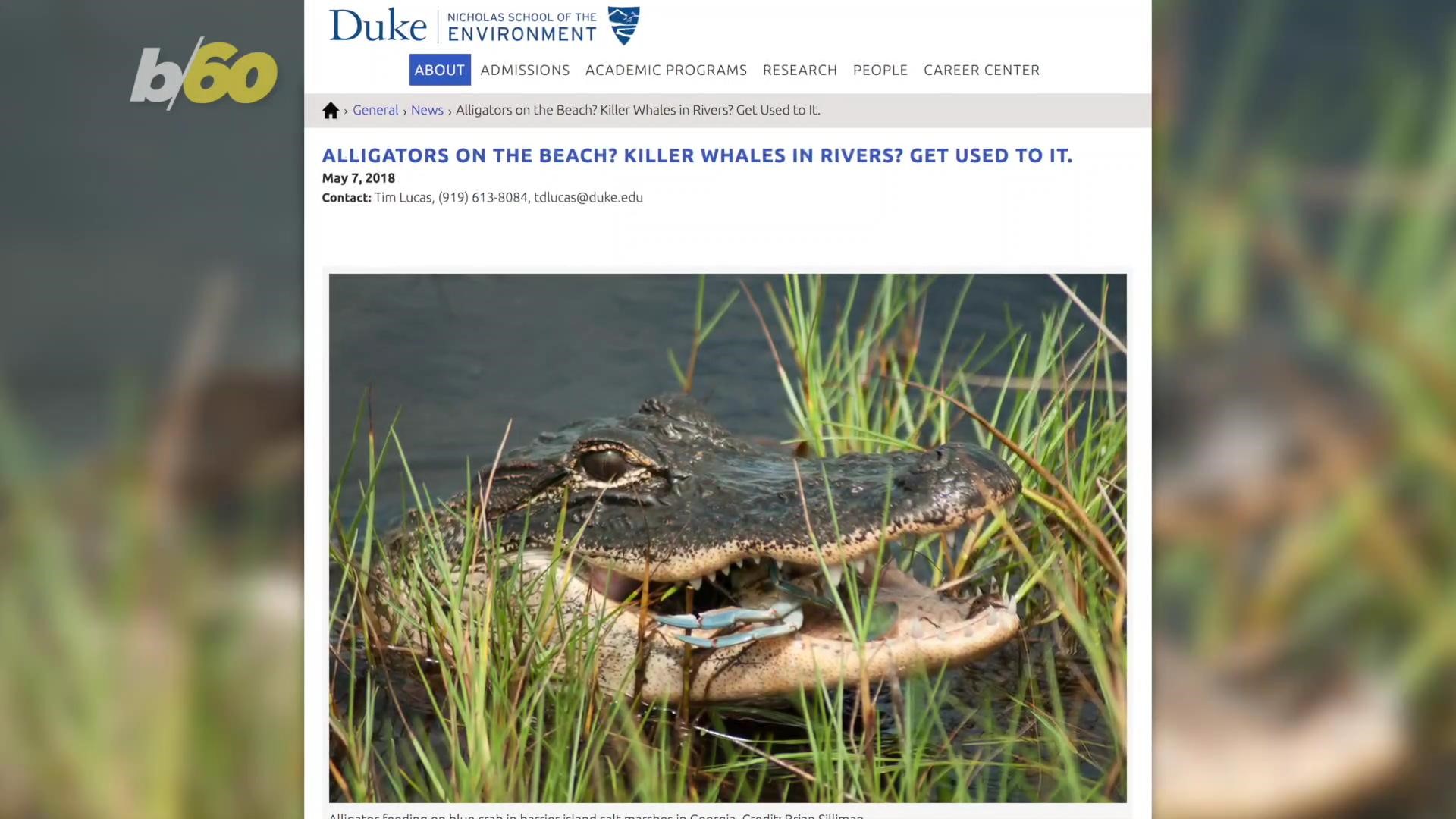 We tried to kill them all, but some survived.

Now, after they were pushed to near-extinction, animals such as alligators, mountain lions and sharks are on the rebound. And they are returning to their previous habitats. The trouble is, we're there, too.

A new study said that these and many other large predators — on land and in the sea — are recolonizing areas that used to be prime hunting grounds for them, before humans decimated their populations.

"We can no longer chock up a large alligator on a beach or coral reef as an aberrant sighting," said study lead author Brian Silliman of Duke University. "It's not an outlier or short-term blip. It's the old norm, the way it used to be before we pushed these species onto their last legs in hard-to-reach refuges. Now, they are returning."

The study was published this week in the journal Current Biology.

The return of the animals also comes with an unexpected twist: It turns out they're far more adaptable to new habitats than had been thought. Instead of living only a specific habitat — alligators in swamps or orangutans in undisturbed forests — they can live and expand into very diverse habitats.

"Now that they are rebounding, they're surprising us by demonstrating how adaptable and cosmopolitan they really are," Silliman said. "It tells us these species can thrive in a much greater variety of habitats."

So animals such as sea otters, gray wolves, coyotes, mountain lions and bobcats are exploring and moving into places we wouldn't expect them to.

Keith Somerville of the University of Kent — who was not involved in this research — told Newsweek that many species, including some predators, are proving to be very adaptable to changing habitats.

Somerville noted, however, that "the downside, over time, will be when recolonizing predators come into conflict with humans."

Anecdotally, some of this appears to be coming true already. Just in the past week alone, alligators have made news several times:

And the most notorious recent alligator attack occurred in Walt Disney World in 2016, when an alligator dragged a 2-year-old boy to his death in a lake at the resort.

Large predators such as mountain lions are being found in places they haven&#39;t been seen before. (Photo: Brian Silliman, Duke University)