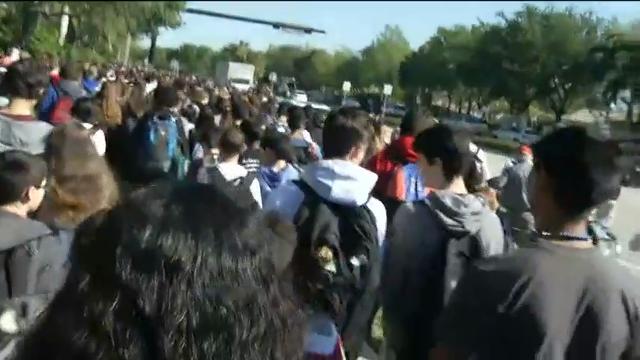 A Republican who tweeted insults at two survivors of the school shooting in Parkland, Florida, has withdrawn his candidacy for the Maine House of Representatives.

Leslie Gibson told the Bangor Daily News on Friday he decided to quit the race for House District 57 after meeting with friends, family and colleagues. He told the Sun Journal, "it's the best thing for everybody."

Gunman Nikolas Cruz admitted to shooting and killing 17 people at the school on Valentine's Day. Following the shooting, Gonzalez, Hogg and other Marjory Stoneman Douglas students have criticized the National Rifle Association and called on lawmakers to find ways to stop school shootings.

Referring to Gonzalez, he said, "There is nothing about this skinhead lesbian that impresses me and there is nothing that she has to say unless you're frothing at the mouth moonbat." He later issued an apology, the Press Herald said.

Gibson, the Daily News reports, had been the lone candidate in the race until his comments. Hogg, in a tweet, urged someone to run against Gibson, pleading on March 14, "I don't care what party JUST DO IT."

Hey freinds in Maine! Who wants to run against this hate loving politician he's is running UNOPPOSED RUN AGAINST HIM I don't care what party JUST DO IT. https://t.co/vRR7p1ZHKf

At least two Democrats and one Republican, the Daily News reports, have since entered the race.