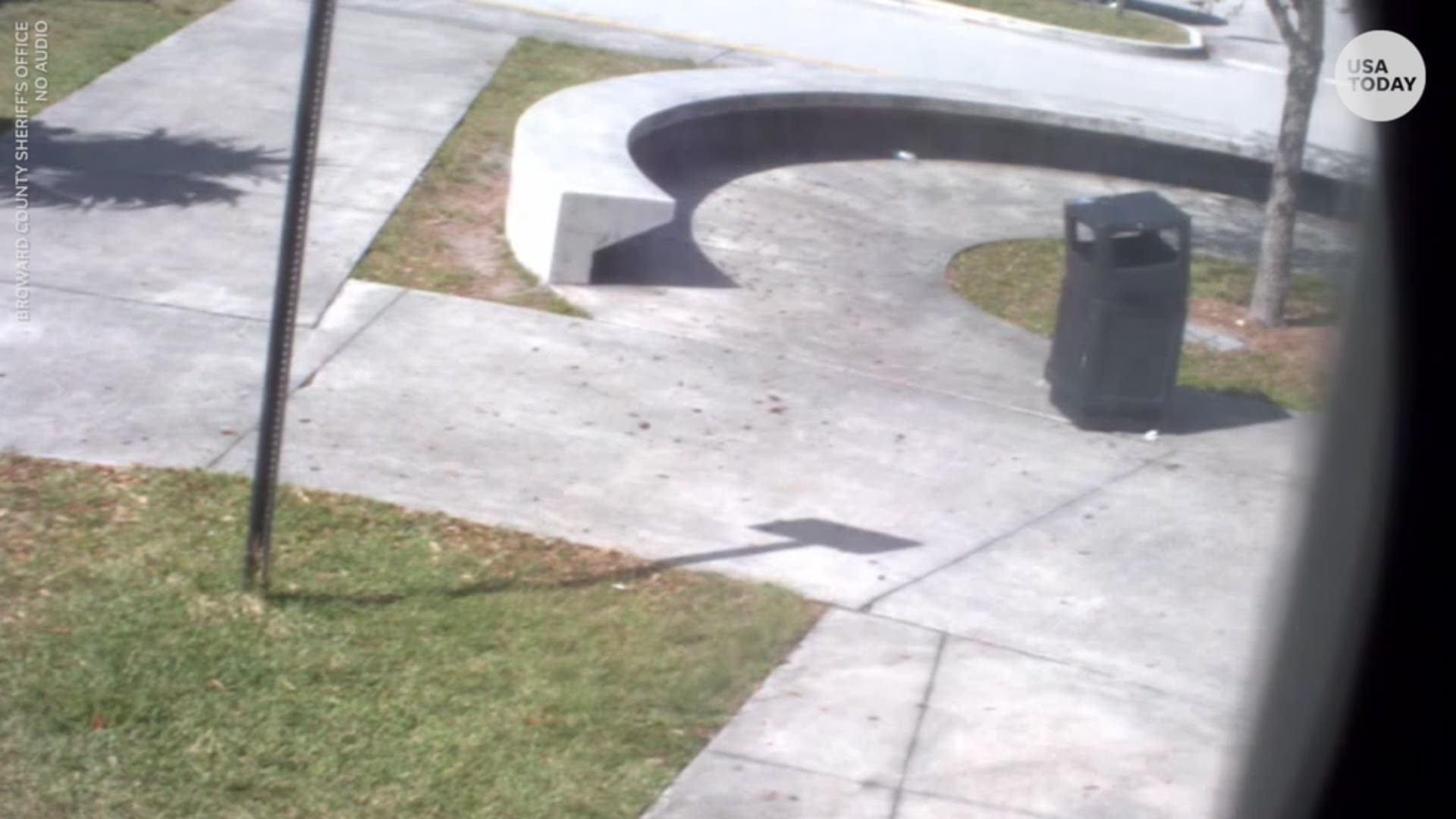 Credit: Mike Stocker, AP
FILE - In this Feb. 14, 2018 file photo, students hold their hands in the air as they are evacuated by police from Marjory Stoneman Douglas High School in Parkland, Fla., after a shooter opened fire on the campus. Newly released reports are providing more details about the law enforcement response to the massacre of 17 people at the high school. The Coral Springs police released reports on Monday, April 16, from several of its officers. (Mike Stocker/South Florida Sun-Sentinel via AP, File)

One angle showing the view toward the student parking lot from Building 13 on the Parkland campus shows a large mass of pixelated moving images as several people run from the campus.

Another video shows a similar pixelated wave of people exiting the school through the main gate area.

Former student Nikolas Cruz, 19, is accused of killing 17 people, including 14 students and three staff members, at the school on Feb. 14.

The five videos from different cameras feature more than two hours of footage. There are images of what appear to be students running away from the campus, then footage of law enforcement officers with rifles or handguns drawn throughout the school hallways. The videos have no sound.

In one of the videos, students frantically race away at about 2:25 p.m., and seven minutes later two law enforcement officers run in, one with a rifle and the other with a handgun.

The release Wednesday follows a release earlier by the State Attorney’s Office in Broward County of Cruz’s hours-long statements to a Broward Sheriff’s Office detective after the shooting.

In a transcript of Cruz’s confession – released earlier – he told detective John Curcio he had long been hearing a voice in his head.

The voice started around the time his father died in 2004 or 2005, worsening after Cruz's mother died of pneumonia, just months before the rampage.

Cruz told the detective he bought his first gun at age 18 and collected three shotguns, an AR-15, a handgun and an AK-47. His mother had taken him to buy some of the guns, the transcript states.

The detective asked him whether his mom ever asked why he was buying so many guns. Cruz said he told her they were for his protection and because they looked "cool." He also said the voice wanted him to buy guns.

Cruz estimated he spent about $4,000 on firearms and ammunition.