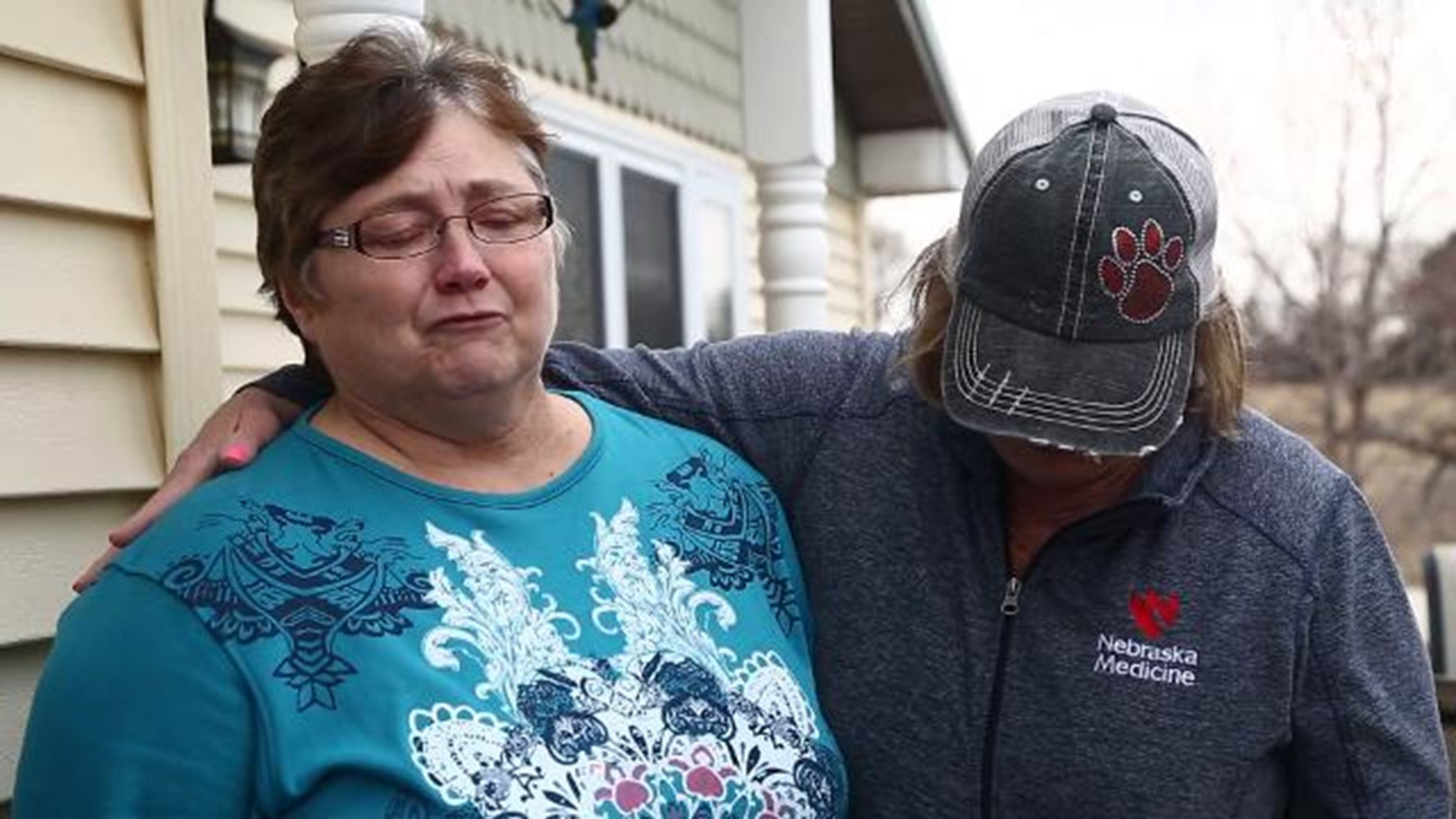 Credit: Brian Powers/The Register
Beth Fry, mother of Amy Sharp, is comforted by Jana Weland, right, as she speaks about her daughter and her family at Fry's home on Friday, March 23, 2018, in Creston. Sharp and her husband Kevin and two children were found dead in their vacation condo in Mexico on Friday morning.

DES MOINES — An Iowa family who had been reported missing was found dead in their condominium in Mexico, authorities said.

"The Sharps have been located. They were found last night in their condo deceased. There was no foul play! At this time that is all the information we have.

"Please respect the family at this time as they go through the grieving process. Thank you for all the posts, shares, and kind words," Ashli Peterson, a relative, wrote on Facebook. She said the Sharps were last heard from March 15.

Kevin Wayne Sharp, 41, his wife Amy Marie Sharp, 38, and their children, Sterling Wayne Sharp, 12, and Adrianna Marie Sharp, 7, were found dead in the condo they were staying in, according to police in Creston, Iowa. Creston is about 54 miles southwest of Des Moines.

March 9: Should I cancel my trip to Playa del Carmen after the State Department travel warning?

The U.S. State Department confirmed the bodies of four U.S. citizens were in Akumal, Mexico, which is near Tulum on the Caribbean coast of the Yucatan Peninsula.

Autopsies are being performed in Mexico and results are pending, according to police.

Around midnight Thursday, the Sharps' family members went to Creston police to report their relatives missing.

Peterson posted on Facebook on Thursday night that the Sharp family left the United States for Tulum, Mexico, on March 15. They were supposed to return from their trip on Wednesday from Cancun, Mexico, and arrive in St. Louis. Then, they were supposed to travel to Danville, Ill., for a Southwestern Community College men's basketball game Thursday.

"The situation with the Kevin and Amy Sharp family is weighing heavily on our hearts and minds," said Todd Lorensen, the Southwestern coach. "Members of their families have been strong Southwestern supporters for years. I consider them friends. They were to be here watching us play basketball this week."

Feb. 21: Mother's nightmare at Mexico resort: 'There is more to this deeper, darker story than we know'

Peterson wrote there had been no contact from the Sharps since March 15, when they notified their relatives that they made it to Mexico safely.

Creston Police Chief Paul Ver Meer said they started investigating and determined the Sharp family did not get on their flight from Cancun back to the United States. The U.S. State Department was called along with officials in Mexico. When emergency officials went to the condominium, they found the bodies of the family.

There were no visible signs of trauma on any of the family members bodies, Ver Meer said.

Ver Meer said they are waiting to hear the autopsy results for the cause of death.

It’s unknown when they will be returned to Iowa.

“It’s a very sad day for the Sharp family and the city of Creston as a whole,” Ver Meer said. “We’ll work through this together.”

Amy Sharp's sister told the Creston News Advertiser that the family flew to Cancun from St. Louis and was renting a car and driving to Tulum, where they were renting a condo.

"On Wednesday at 7 p.m., Amy sent a text to our mom that said, 'We made it to our condo,' " Renee Hoyt said to the Creston News Advertiser. "That is the last communication she made. We got told last night Kevin sent a text to Travis Anderson around 5 p.m. Thursday and Travis responded around 11:30 and has not heard anything back." 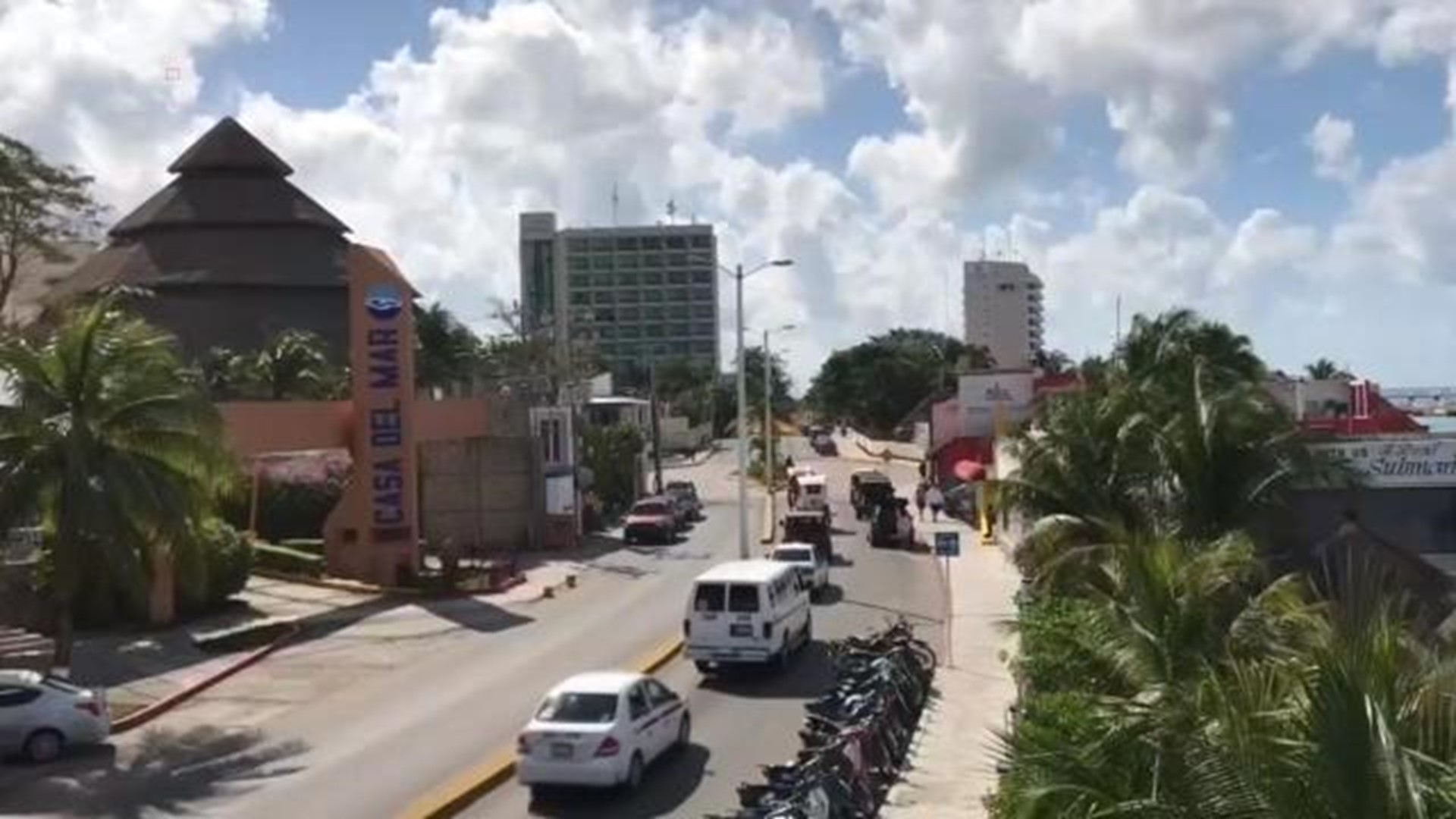 An advisory on the State Department's website last updated this month advises caution for Americans traveling to Mexico. Regarding Quintana Roo state, where Tulum is located, the advisory says, "Exercise increased caution due to crime. According to Government of Mexico statistics, the state experienced an increase in homicide rates compared to the same period in 2016. While most of these homicides appeared to be targeted, criminal organization assassinations, turf battles between criminal groups have resulted in violent crime in areas frequented by U.S. citizens."

Nov. 21: TripAdvisor's business practices under review by FTC as more travelers say their warnings of rapes, injuries were blocked

These deaths come amid a Milwaukee Journal Sentinel investigation exposing how tourists who visited upscale, all-inclusive resorts are reporting they have blacked out — at times becoming violently ill — after drinking a few drinks and sometimes just one.

The Journal Sentinel has identified more than 150 reports from travelers who have experienced blackouts while staying at dozens of resorts in Cancun, Playa del Carmen, Puerta Vallarta, Los Cabos and elsewhere.

It’s unclear whether tourists have been deliberately drugged or became random victims of adulterated alcohol.

July 20: Tourists to all-inclusive resorts in Mexico suspect they were given tainted alcohol