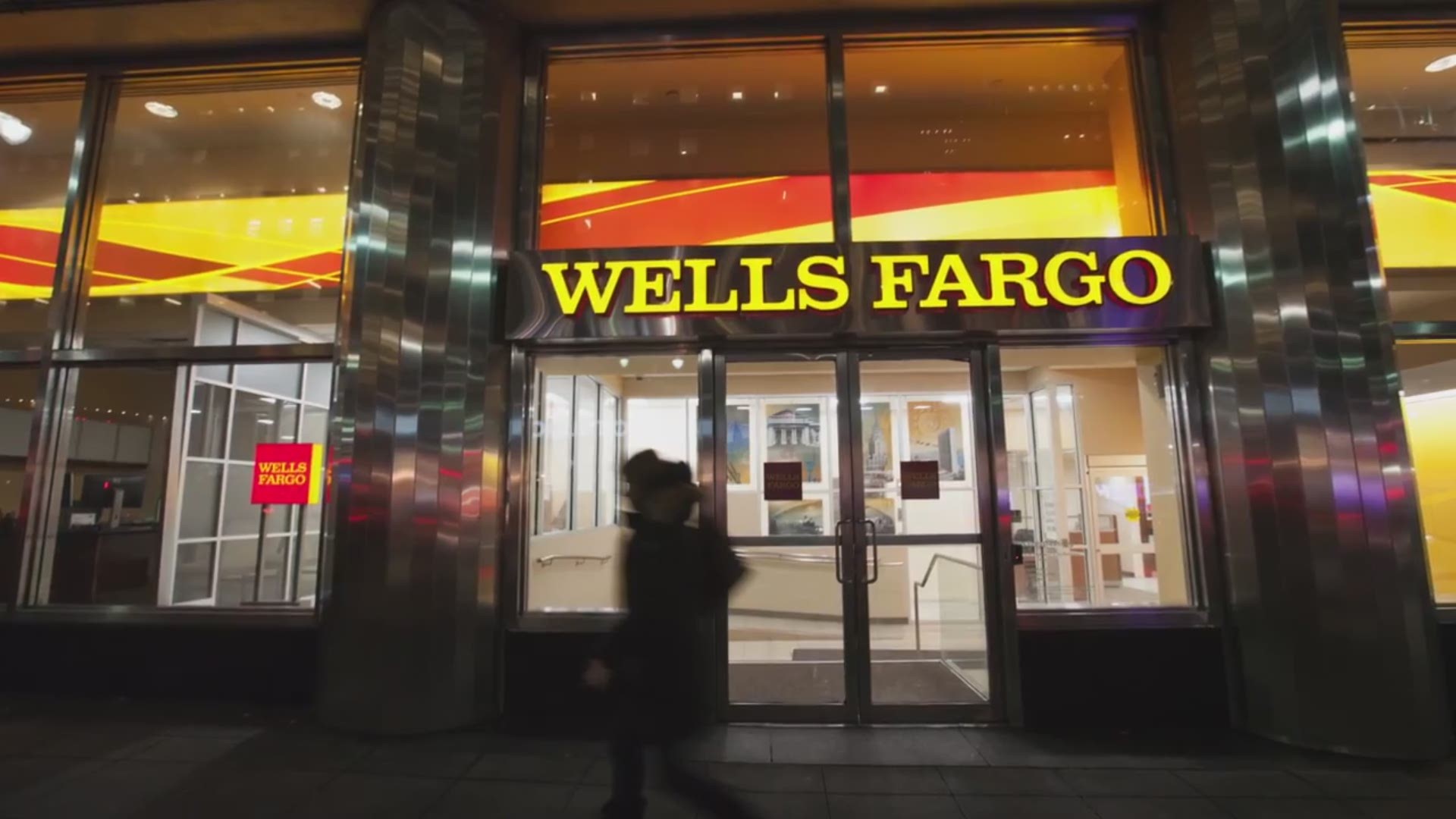 On Aug. 3, a routine regulatory report submitted by Wells Fargo contained a startling admission: A review of the bank's internal systems had revealed a calculation error affecting hundreds of struggling homeowners who had applied for mortgage modifications between April 2010 and October 2015.

Wells Fargo's underwriting tool had miscalculated whether homeowners were eligible for the Home Affordable Modification Program or other government programs designed to help people remain in their homes despite difficulty making payments. Because of the glitch, around 625 Wells Fargo customers either were improperly denied mortgage modifications or were not informed they could qualify to have their loan terms modified.

Wells Fargo revealed that it has set aside $8 million to compensate these people, but this is likely little consolation for homeowners whose homes may have been saved from foreclosure.

Credit: Getty Images
Home with a sold sign in the front.

The Home Affordable Modification Program was intended to help struggling families modify their mortgages in cases of documented financial hardship. Participating homeowners had their monthly mortgage payments reduced by a median of more than $530 through interest rate adjustments, loan forgiveness, forbearance, and extended repayment terms.

HAMP and related programs during the foreclosure crisis established a standardized approach for loan servicers to determine whether homeowners were eligible for mortgage modifications. Wells Fargo used an underwriting tool in its process, but the tool miscalculated attorneys' fees, which were a factor in determining whether homeowners were eligible for loan modification.

Because of the error, 625 customers were wrongly denied modifications. About 400 of the homeowners subsequently had their homes foreclosed on.

While Wells Fargo released a statement saying it was "very sorry" for the error, a spokesperson denied a clear and direct causal relationship between the denial of the mortgage modifications and the subsequent foreclosures.

More: Retirement planning: Can I open a SEP IRA if I have a side hustle?

More: Do you have enough life insurance? Pete the Planner now thinks he needs more

More: You’re never too old to take advantage of a good back-to-school sale

Homeowners may receive little compensation for their losses

Wells Fargo intends the $8 million it has reserved to serve as full compensation for all 625 victims affected by the glitch. This averages out to just $12,800 per affected homeowner. The bank says it has not yet determined how funds will be divided among the affected borrowers. The 400 homeowners who were ultimately foreclosed on could receive larger payments than those who were able to keep their homes.

Still, given that a foreclosure comes with moving costs, damaged credit, loss of equity, and emotional damage, those payouts may not be nearly enough.

Wells Fargo benefited from mortgage modification as homeowners were being denied

While hundreds of homeowners were denied help under mortgage modification programs thanks to Wells Fargo's glitch, the bank made out pretty well.

By 2010, Wells Fargo was one of the top three mortgage servicers in terms of foreclosure activity, with approximately $17.5 billion worth of foreclosed homes on its books. As the federal government struggled to stem the tide of foreclosures caused by the financial crisis, Wells Fargo was quick to claim its share of recovery funds. The financial institution had received a total of $1.5 billion in HAMP incentive payments from the U.S. government by summer 2015, becoming one of the four largest HAMP servicers along with JPMorgan Chase, Bank of America and Ocwen.

Just 17.5 percent of the HAMP incentives Wells Fargo received went to homeowners (which was slightly above the average among participating lenders), with the remainder going to investors and the servicer. Homeowners who benefited were in the minority, as Wells Fargo denied close to 60 percent of requested HAMP mortgage modifications.

Wells Fargo has a history of foreclosure and mortgage modification abuses

This latest episode is far from the first documented instance of Wells Fargo mishandling its mortgage business. In fact, the financial institution's improprieties predate the financial crisis.

In 2006, Wells Fargo originated approximately $74.2 billion in subprime loans, earning the bank the dubious honor of being the nation's top subprime lender. The bank misled investors about the quality of its subprime mortgage holdings for years in the run-up to the financial crisis, for which it eventually paid a $2 billion settlement in 2018.

The bank also engaged in reckless lending in connection with loans backed by the Federal Housing Administration. Because FHA loans are insured, the government was left to pick up the tab for defaulted loans that should not have qualified for insurance. This misconduct resulted in Wells Fargo paying a $1.2 billion settlement in 2016.

Also in 2016, the bank was admonished by bankruptcy judges for trying to stealthily modify the mortgages of bankrupt borrowers by lowering their monthly payments and extending their loan term by decades. These unsolicited changes increased the total the borrowers would pay and made Wells Fargo eligible for up to $1,600 from the government for every adjusted loan.

That misconduct occurred just a year after the bank paid $81.6 million to settle with bankrupt homeowners for failing to provide legally required notifications of mortgage payment increases, depriving them of the opportunity to challenge those changes.

The bank has also faced a series of other scandals

Wells Fargo's scandals -- and settlements -- aren't limited only to its mortgage business. In just the past three years, the list of Wells Fargo scandals is far too numerous for this one article.

In perhaps the most notorious incident, the bank paid a $185 million fine in 2016 for opening bank and credit card accounts without customers' permission. The bank's other recent transgressions include improperly repossessing service members' vehicles without a court order and charging 570,000 car loan customers for unnecessary auto insurance, potentially leading as many as 20,000 borrowers to default on their auto loans and face repossession.

And in April 2018, Wells Fargo agreed to pay a $1 billion fine levied by the Consumer Financial Protection Bureau, the largest penalty the agency has ever assessed. The Federal Reserve Board also announced it would restrict the financial institution's growth until it improves its regulatory compliance. This unprecedented action prohibits the bank from expanding its total asset size past what it owned at the end 2017 -- until oversight is improved.

Foreclosure can be financially devastating

If past is prologue, the number of affected victims may grow over time. It remains to be seen whether the number of homeowners improperly denied mortgage modifications remains at 625.

The amount of compensation these victims will actually see is also up in the air. Hopefully, for those who lost their homes, the money will at least serve as some small comfort, although it's unlikely to fully make up for their losses.

The Motley Fool is a USA TODAY content partner offering financial news, analysis and commentary designed to help people take control of their financial lives. Its content is produced independently of USA TODAY.

Offer from the Motley Fool: The $16,728 Social Security bonus most retirees completely overlook
If you're like most Americans, you're a few years (or more) behind on your retirement savings. But a handful of little-known "Social Security secrets" could help ensure a boost in your retirement income. For example: one easy trick could pay you as much as $16,728 more... each year! Once you learn how to maximize your Social Security benefits, we think you could retire confidently with the peace of mind we're all after. Simply click here to discover how to learn more about these strategies.