'It's been a law for more than 15 years and people still don't know about it.' 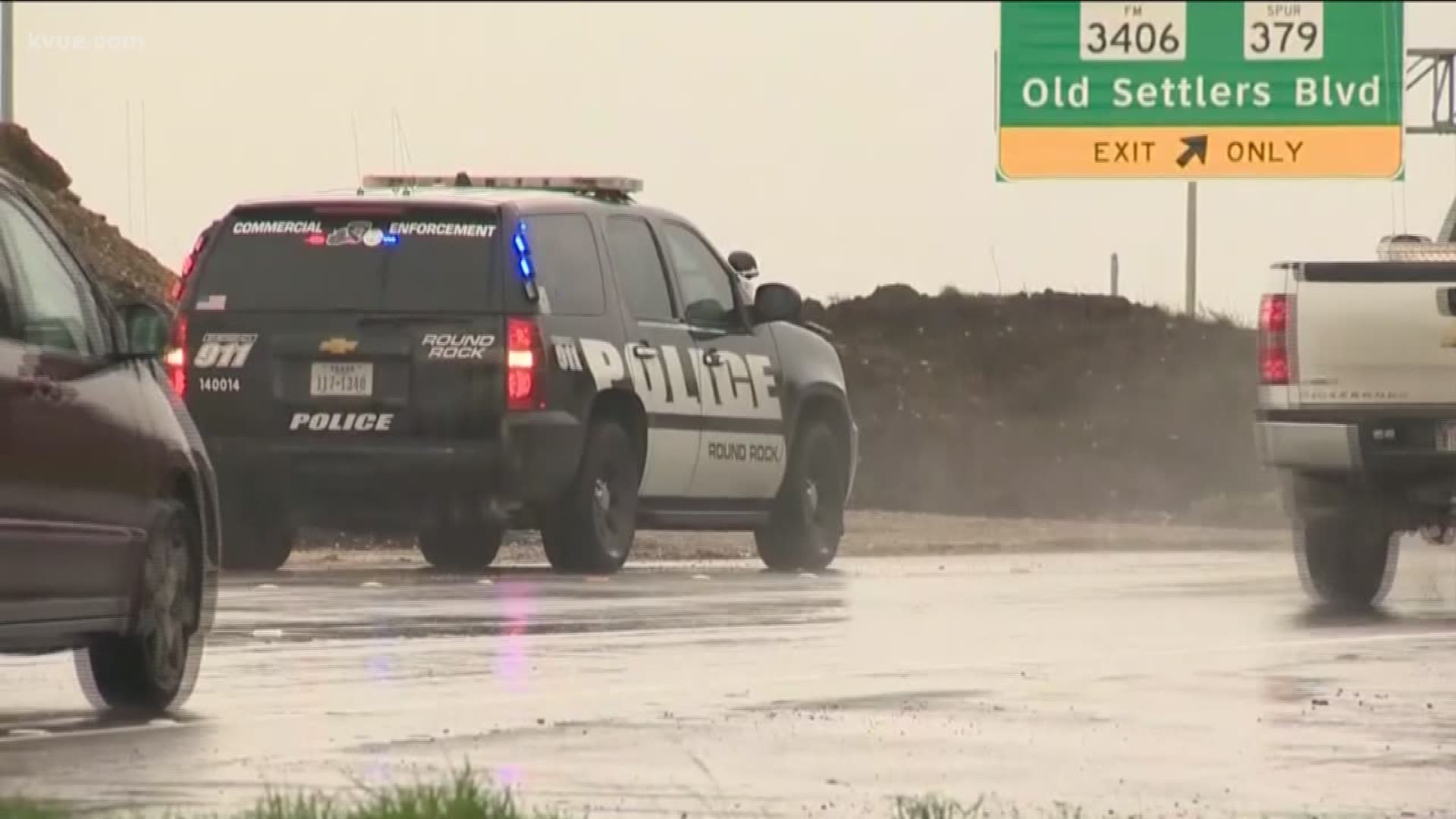 AUSTIN, Texas — Drivers deciding not to move over or slow down puts the lives of those who are trying to protect ours in danger every day. The Move Over law is meant to protect first responders, emergency vehicles and tow truck operators working on the side of the road. When violated, the results can be deadly.

It's pretty simple, though hundreds of Texans will break this law every day. Drivers must either move over a lane if safe to do so or slow down 20 miles per hour below the posted speed limit when a first responder or emergency vehicle is working on the side of the road with emergency lights activated. It was originally passed in 2003.

On February 25, 2018, her husband Charles Whites, who was a Round Rock police officer, went into work early to work a fatal crash.

"He arrived and took over somebody else's spot with flares and the vehicle behind him," she said. "They had the vests and all the equipment on, and he was hit by a car going 60-70 miles an hour."

Charles was taken to Round Rock Hospital and placed in ICU, but he died a little more than two months later on April 27. The driver who hit Whites, 65-year-old Raul Martinez, was arrested and charged with intoxication assault and manslaughter.

RELATED: Remembering Officer Whites: Round Rock officer who was struck by vehicle in February

"I think it's the same thing as having a gun and pointing it at somebody. Our bodies can only take so much when they're hit by all that metal. You just don't have a chance," said Connie. "In that situation, there was a whole lot of lights and people very often ignore the lights that are going on. They could still very easily clip the edge of that vehicle and slam him against the cement. It's just a very dangerous situation."

Connie remembers her husband as someone who always wanted to help others, even if it meant putting himself in some dire situations. Although the two didn't marry until years down the road, she knew she had met her soulmate when she was just 16. The two attended Lanier High School in Austin.

"It was just natural, ya know? It's easy to marry one of your best friends," Connie said. "I knew him since high school. We were best friends first."

Though Connie said her husband had always wanted to be an officer, he didn't become one until later. At 45, better late than never, he did just that. She said even though he's been gone for more than a year now, it still feels as though at times that he's on his shift.

"In some respects, it still feels like he's still at work. When you marry a police officer, there's the worry about the job, but you don't carry it with you every day. That doesn't do any good, but it's always in the back of your mind that they're at higher risk."

While Connie said she does what she can to inform the public and fellow community members about the law, the Texas Department of Public Safety and area police departments like Austin PD, are doing what they can to increase efforts on their end as well.

Once a month, Detective Patrick Oborski with APD Highway Enforcement assembles a group of about 20 to 25 officers to scatter across I-35 and crack down on Move Over law violators.

RELATED: Texas troopers cracking down on drivers who don't move over, slow down for emergency vehicles

"We've had a tremendous amount of people killed from not moving over," Oborski said. "Most people are surprised and that's what's so frustrating. It's been a law for over 15 years."

Oborski said it's not about handing out tickets, it's about creating awareness.

"If I had 100 officers out here, I could make 100 stops an hour if that's what it too," Oborski said. "It's frustrating, but we're trying to do whatever we can to help make some people understand."

KVUE's Leslie Adami followed Oborski and his team on the morning of April 10. According to Austin Police, on that day they conducted 196 traffic stops and issued 161 warnings and 35 citations for vehicles not moving over.

APD Highway Enforcement launched the monthly initiative back in September. Over the course of seven monthly exercise, they were able to issue 659 warnings and 509 citations just for the “passing authorized emergency vehicle” violation.

For Texas Highway Patrol Sergeant Robbie Barrera, enforcing the Move Over law is especially crucial ahead of the summer months when more people are expected to travel on Texas roadways.

"School's fixing to end and summer's fixing to start so there's going to be more people out on the roadways," Barrera said. "So we just want to remind motorists to pack your patience and limit your distractions. The goal is to get to wherever you're traveling with your family safely. The last thing the Texas Highway Patrol wants to do is work a crash where you're injured, but ultimately work a crash where you didn't survive."

The law requires drivers to move over or slow down when vehicles like police, fire, EMS, TXDOT vehicles are working on the side of the road with their emergency lights on. However, there's another group that it also largely affects that may not always come to mind.

"The number one killer of tow truck drivers is passenger cars striking them when they're picking up vehicles," Barrera said.

"Most people look at us as the bad guys because, you know, they may get their car towed. At the end of the day, we don't make those rules. We don't hang those signs," Deshay explained. "The places that they park hang those signs and we don't do that. We're here to help people. You call us, we're there. The Move Over law for us means that we want to go home at the end of the day, and we have families to get to as well, so if you move over for us and give us space to work, we would greatly appreciate that."

Deshay works for K&S Towing. He's been a tow truck operator for seven years. He shared his favorite part of his job is helping people, but he and his family worry that someone could hit him while he's on the job.

"I know guys in the industry who have gotten hit or killed. Me personally probably about twice a week, I come across it, almost getting hit," Deshay said. "We all have the same goal at the end of the day to get home to our families."

Violating the Move Over Law is a misdemeanor crime with a fine of up to $500, not including court costs. If there's injury or death, the punishment and fines become far more costly.

However, the pain of those on the other side such as the friends or the family is something you can't put a price on and a debt that can't be repaid.

"You can kill somebody," Connie said. "It's a whole lot of dealing after the fact after you hit somebody, for everybody involved."

White says in an effort to continue carrying out her husband's mission of wanting to help others, she started a victim services fund in his honor. She explained that it was important for her to do this because law enforcement agencies who respond to crisis situations in the county may have victim service programs, but no budget.

While the programs work to connect victims with other helpful community resources, victims often need immediate help before those services become available, such as food, transportation, hotel stays, child car seats and other short-term emergency assistance.

To learn more about the fund or to donate to it, click here.