A mother from Garland is collecting toys for children in need this Christmas to honor her 5-year-old son who was tragically shot and killed last year. 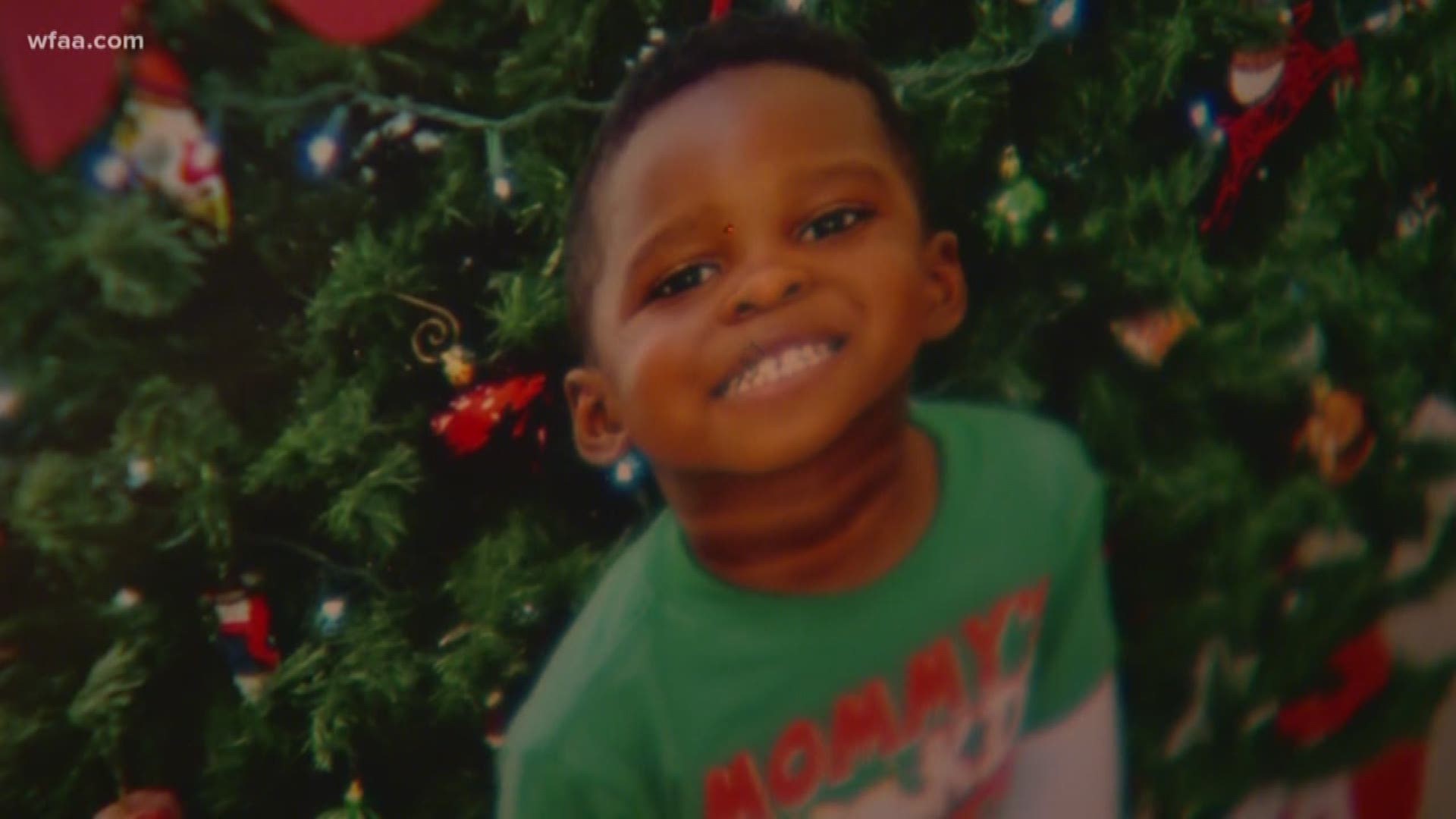 GARLAND, Texas — A mother from Garland is collecting toys for children in need this Christmas to honor her 5-year-old son who was tragically shot and killed last year.

On November 19 of last year, Kason Powell was visiting his biological father in Denison. That night, his mother, Shaneia Smith, said her son was playing video games inside his father’s home with relatives when it was shot up.

Investigators believe the bullets were meant for someone else who lived in the home not there at the time, but instead, Kason was hit and killed.

Sabrina Nino, 17, and Ryan Clay, 18, were arrested and later indicted for the capital murder of a child.

A third suspect, Antonio Prado, is still wanted and on the run according to police.

According to the Herald Democrat, police said that the shooting was the result of a drug deal gone wrong.

For Smith, it was the most devastating night of her life. “That night, I was not prepared,” Smith said. “Kason’s father called me and said that there had been an accident."

"Uncertainty comes when you get news like that about your child. I knew he was hurt.”

When Smith arrived at the hospital where her son was, her worst fears were confirmed. “I will always remember walking down that hallway, and the nurse saying, ‘the mom is here,’” Smith said.

“The sadness comes from the way that he died, and the fact that it was so soon.”

Following Kason’s death last year, his school Mt. Hebron Christian Academy in Garland thought it would be a good idea to hold a toy drive in his honor.

“We collected board games and Lego sets,” Smith said. “Those were Kason’s favorite toys.” Last year, Smith said that she and others were able to collect over 200 toys that were donated to kids in need.

This year, that tradition continues.

Until next Friday, Smith will be accepting toy donations in honor of her son Kason that will again be donated to kids this Christmas.

She, co-workers, and friends will even be gathering and sewing together blankets next week and dropping them off at homeless shelters with large populations of kids.

“Kason taught me how to love life, to enjoy the moment, to be silly, and to knock down walls,” Smith said. “I just want to transfer that to other kids.”

And from this Christmas on, Smith hopes to share what she’s learned.

“All kids really need is love, so that’s an easy thing to give.”

If you’d like to donate toys to Smith’s cause, you may do so at Mt. Hebron Christian Academy in Garland, Sam Houston Middle School in Garland, or Chuck’s World Class Barbershop in Plano.