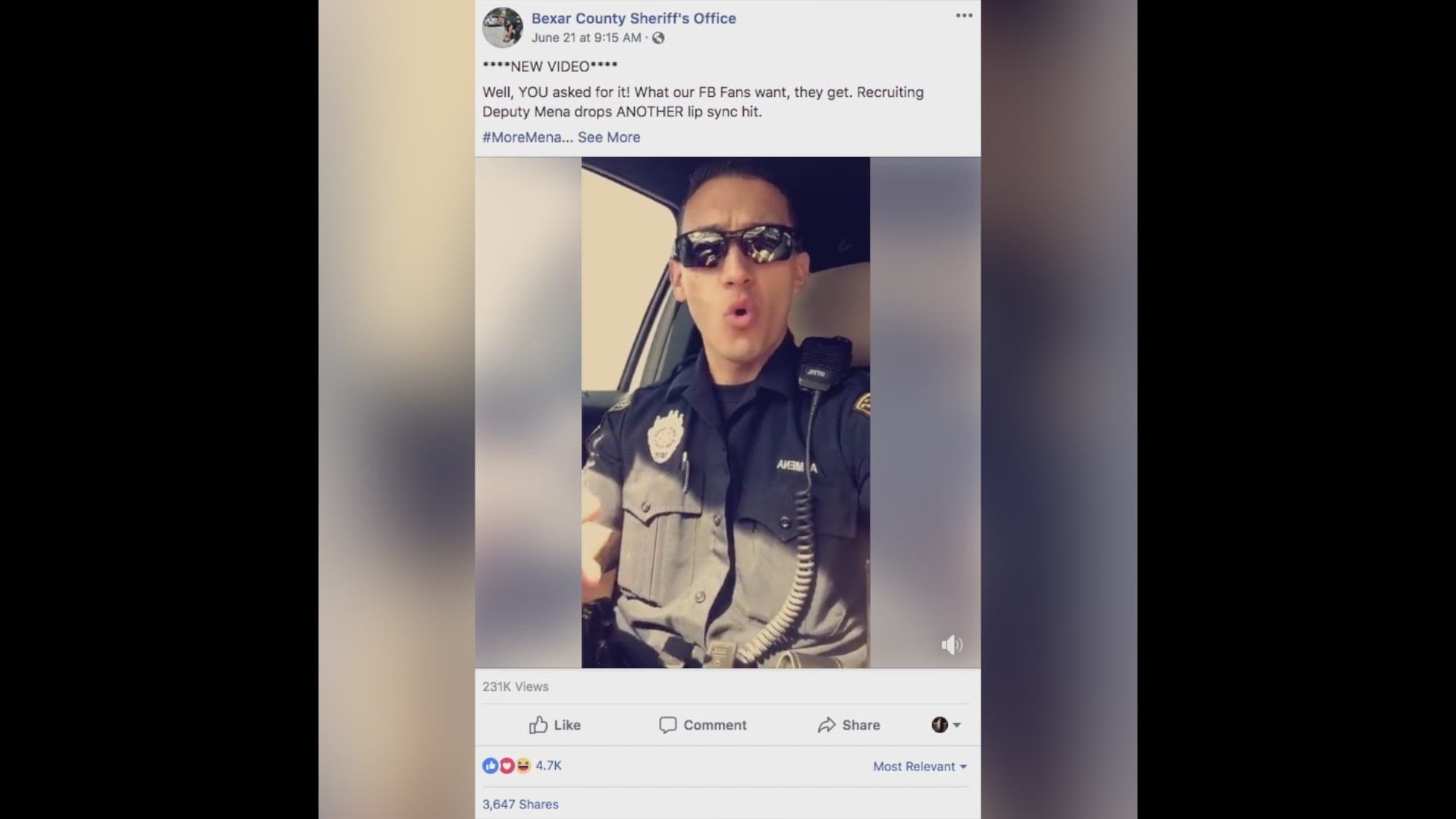 Deputy Alexander Mena's videos have been shared more than 20,000 times. He is a 3-year veteran of BCSO, and he also works as a recruiter for the sheriff's office.

Mena said he has recorded lip syncing videos on Snapchat for his friends, but decided to send a clip to his sergeant one day.

"It really just blew up from there. I was overwhelmed," Mena said.

And, yes, he confirmed that he is single. He said he's also received several messages from women asking if he is single since the first Facebook video came out.

Inquiring minds want to know: He said he enjoys going out to concerts, listening to country music and dancing the two-step and bachata.

Besides the extra attention, Mena said he hopes the lip sync videos will show a lighter side to law enforcement and encourage more people to consider joining the department. If you are interested, you can contact 210-335-JOBS or visit bexar.org.

"At the end of the day, you still need to have a good vibe and maintain a positive attitude in this career," Mena said.