Austin-Travis County EMS is reporting three drownings of people under the age of 18 this year compared to only one in all of 2018. 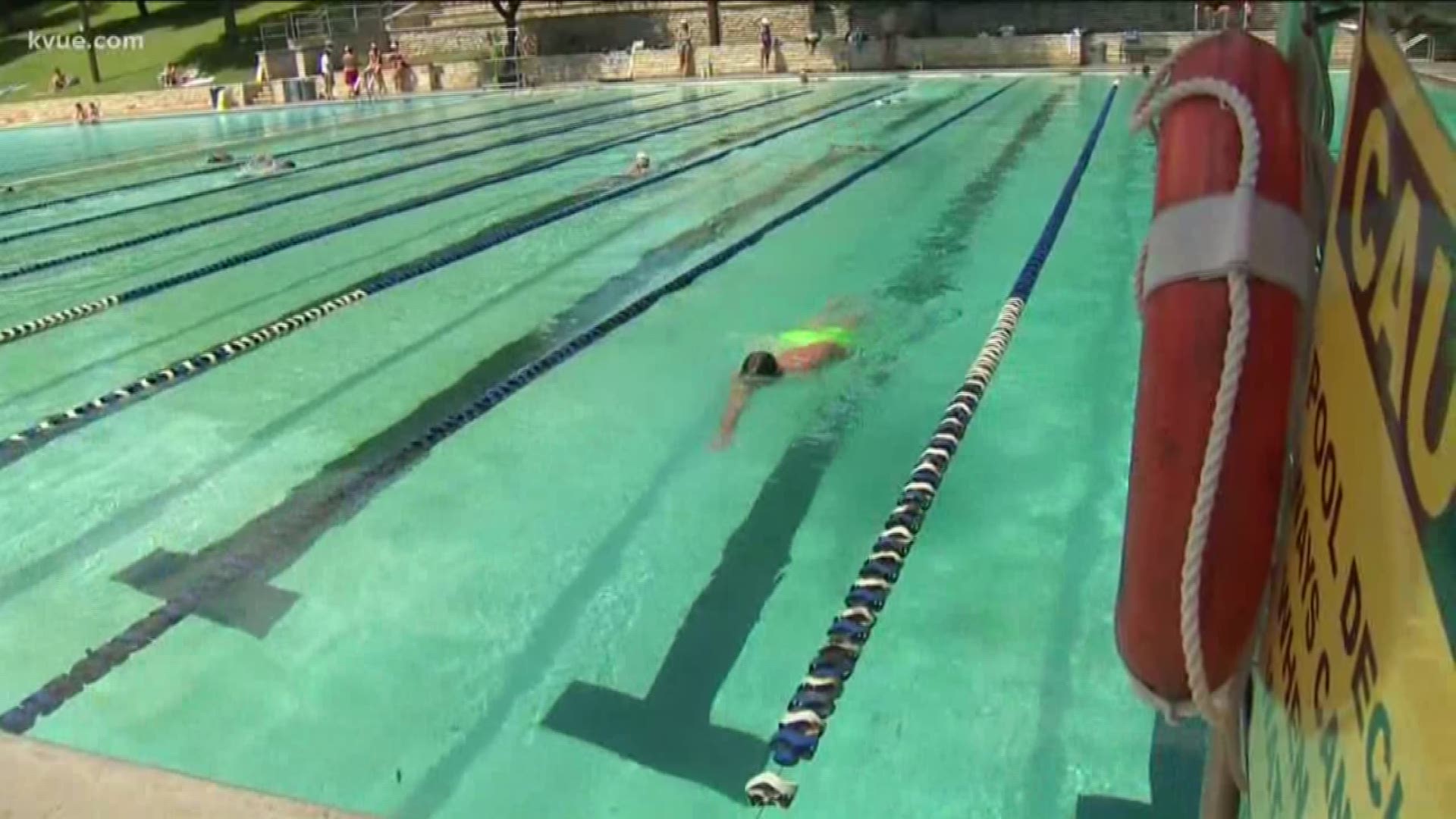 AUSTIN, Texas — Austin-Travis County EMS (ATCEMS) said Wednesday that they have responded to 15 drowning incidents this year for people under the age of 18, with three of them ending in death.

ATCEMS said the number of deaths from people under the age of 18 drowning is up this year compared to 2018, when only one death of someone under 18 was reported all year.

Nine of the 15 drowning incidents occurred at pools.

Report: Fatal child drownings in Texas up 34 percent in 2018

At a press conference Wednesday afternoon, ATCEMS Captain Randy Chhabra pointed out that drowning "is silent." Unlike how it's often depicted in movies and TV, people who are drowning will not call out or splash around because they will be focused on trying to get air into their lungs.

He also pointed out that drownings don't just occur in pools – ATCEMS has seen drownings in bathtubs, kiddie pools and places where the water was even more shallow.

"Safer kids" means getting kids into swim lessons and making sure they are always supervised by a "water guardian," or an undistracted adult within arm's reach who is dedicated to watching them in the water. According to ATCEMS, kids should also be wearing "Coast Guard-approved floatation."

And "safer response" means families should have a plan whenever they are going to be in or around the water, and caregivers should be CPR trained because, as Captain Chhabra said, if someone goes into cardiac arrest but they receive bi-standard CPR within five minutes of that arrest, "they have a 300% greater likelihood of a positive outcome."

Josh Portie, a battalion chief for the Austin Fire Department, also noted at the press conference that it's important to ensure self-closing and self-locking gates near pools are installed and functional.

The problem with fatal youth drownings is bigger than Travis County. According to Alissa Magrum – the executive director of Colin's Hope, a local water safety and drowning prevention organization – so far this year, there have been 33 fatal drownings across Texas. Two-thirds of those were people under the age of five and one-third were people between the ages of six and 17. Eight of the drownings occurred in bathtubs.

"We've got to stop this now, and as you can tell from the sweat dripping down, it's hot. The water is great but let's have the safest time we can," Magrum said.

Magrum said in 2018, 91 children died from drowning in Texas.

Wednesday's press conference came a day after a young girl suffered a near drowning at Buttercup Pool in Cedar Park. She succumbed to her injuries early Wednesday evening.

WATCH: Three kids have drowned this year in Travis County