AMBER ALERT: Missing teen from Virginia believed to be in extreme danger

An AMBER Alert was canceled for 14-year-old Isabel Shae Hicks from Louisa County, Virginia. She has been found safe. 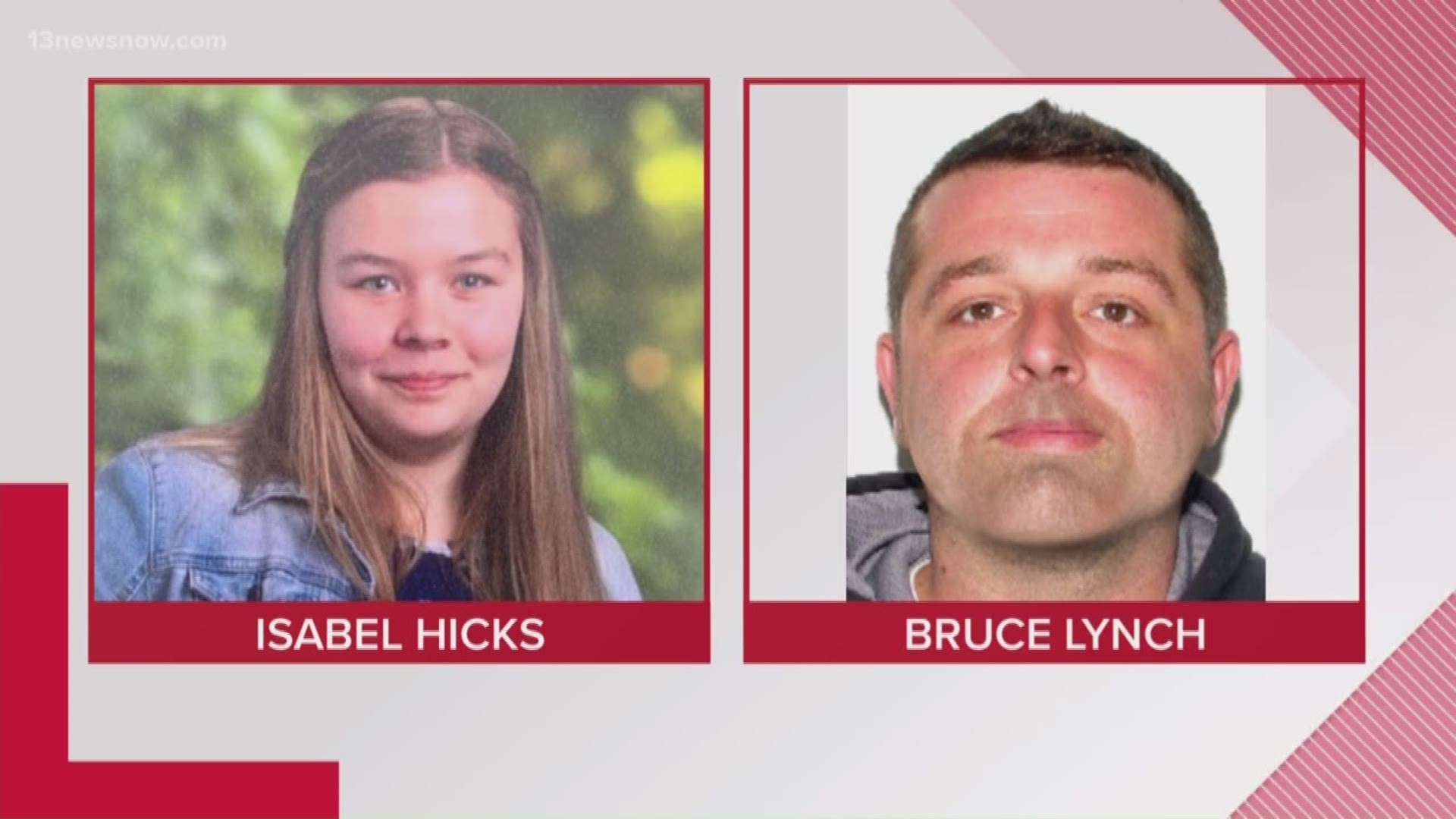 LOUISA COUNTY, Va. — An AMBER Alert was canceled for 14-year-old Isabel Shae Hicks, she has been found safe according to Virginia State Police.

Hicks is a 14-year-old girl from Louisa County, Virginia. She was last seen at her home at 3472 Crewsville Road in Bumpass, Virginia on Monday, October 21 at 1:00 a.m.

Credit: Virginia State Police
Isabel Shae Hicks, 14, is believed to be with Bruce William Lynch and in extreme danger.

She was believed to be with 33-year-old Bruce William Lynch, Jr., who police arrested for the abduction.

Police believed Lynch abducted Hicks from her home and that he might have had a gun with him.

Police thought Lynch might have tried to take Hicks out of state, but they were found in Virginia.