This is despite a request from a Texas official to sit out the annual dinner. 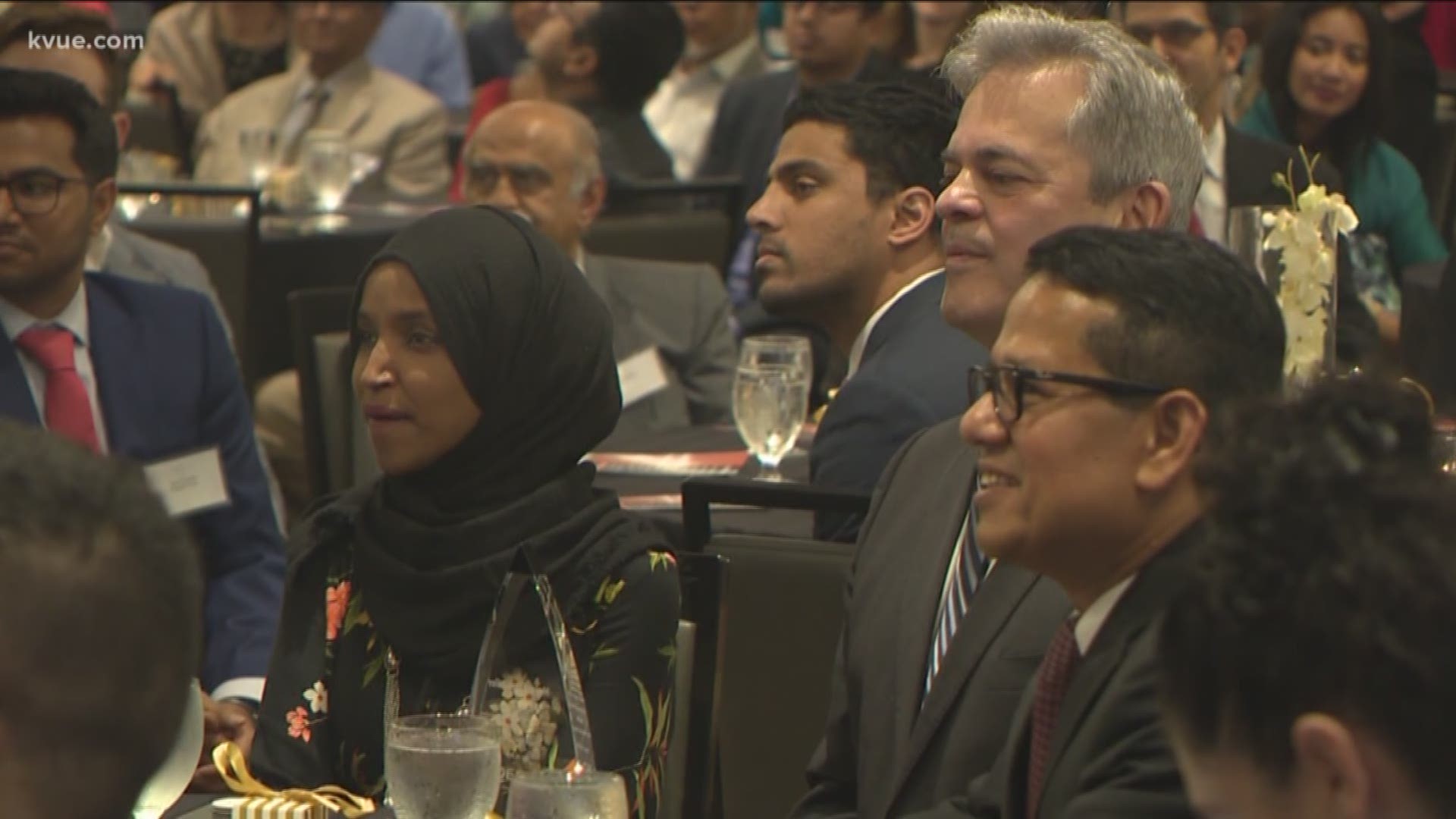 The controversy started when Texas Agriculture Commissioner Sid Miller requested the mayor, who is Jewish, to sit out the dinner. Miller said Rep. Omar's comments about Israel are anti-Semitic.

Before the dinner on Saturday, a small group of protestors gathered outside the Doubletree Hotel in North Austin. There were also supporters of Rep. Omar next to those protestors.

Omar was invited to be a keynote speaker at the Iftar, which is the meal that ends Ramadan.

She once tweeted and apologized for her comment about some American politicians' support for Israel being "all about the Benjamins."

Friday night, Mayor Adler did criticize stereotypes but challenged the community to do more.

“It is our responsibility to point out the impact of language rooted in old and harmful stereotypes,” he said. “And to hold the speakers of those words accountable. But when we do, we must be consistent. We must condemn all hateful and hurtful language."

Mayor Adler pointed out the strong friendships between Jews and Muslims. He said his own rabbi also attended the dinner.

In Rep. Omar's speech, she thanked the Austin community for inviting her.

“Mayor Adler and the Muslim community leaders knew that the best way to push back, when people seek to divide our communities, is by coming together,” said Rep. Omar. “There is more that unites us than divides us."

Omar also said she stands with her Jewish brothers and sisters and that, with love, she says thank you.

This was Austin's fourth-annual City Wide Iftar dinner and was the largest dinner thus far.

Kingsland bridge 'on schedule' for May 24 reopening