Margo is back in Shane Carey's arms in Austin as the investigation into Heidi Broussard's murder continues. 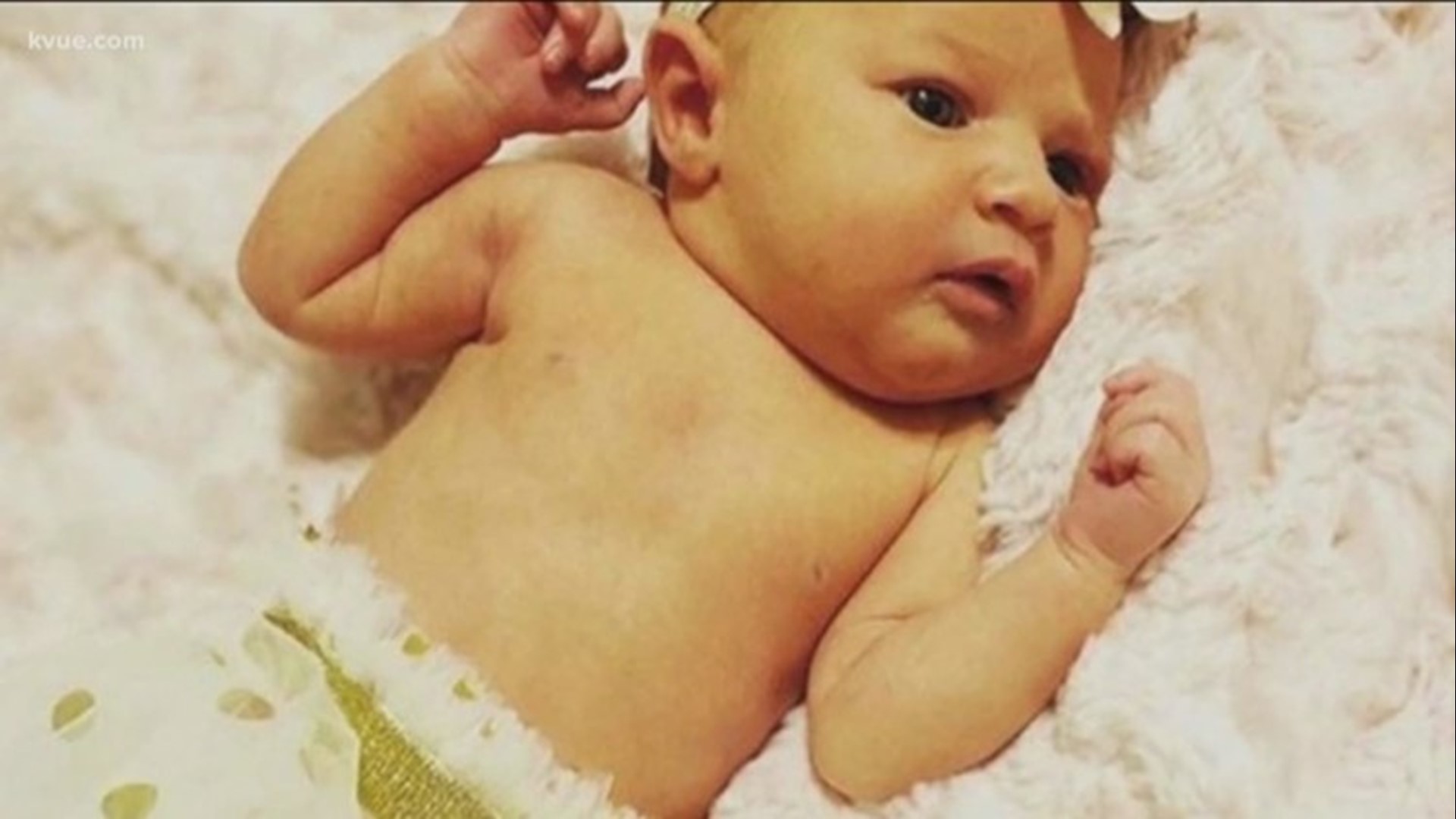 HOUSTON — The kidnapped infant who was found at a northwest Harris County home last week was returned to her father in Austin late Monday.

Shane Carey is Baby Margo's father and the boyfriend of Heidi Broussard, the baby's mother.

Broussard, 33, and her 1-month-old daughter went missing Dec. 12 in Austin.

Broussard's body was found in the trunk of a vehicle parked behind a home on Bo Jack Drive late Thursday night. She was strangled.

TIMELINE: What we know about Austin mother Heidi Broussard

Margo was found unharmed in the home and was taken to a local hospital. She was held in foster care while police and CPS investigated to verify who she was.

Magen Fieramusca is facing two kidnapping charges as well as a tampering with a human corpse charge in connection with Broussard's death.

Fieramusca and Broussard were longtime friends.

It's not clear if Margo will be reunited with her family in Houston or Austin, but CPS is no longer seeking temporary custody of the child.

Singing hymns and surrounded by candlelight on Monday night, the family got their first reason to smile in more than a week.

“We have a beautiful thing that should be happening tonight and we are looking forward to it," said Ty Carey, Margo's grandfather.

His son, Shane, is Broussard’s fiance.

“It was funny that he didn’t get her right away, but we went and did what you have to do once CPS gets involved. Interviewed and everything’s fine, so, she’s coming home tonight, that’s the best thing that could ever happen," he said.

As friends, family and strangers gathered at a park in Austin to remember Broussard, Carey said his family is ready to have baby Margo home and start to heal.

“We’re a very tight family – full of love and we just want to try to get that going again, this has been the bizarrest thing that you can ever imagine in your life, I never thought anything like this would ever happen,” said Carey.