Police took John Allison and his wife, Ruby, into custody after three children were abducted out of Roanoke County. All three kids have been found and are safe. 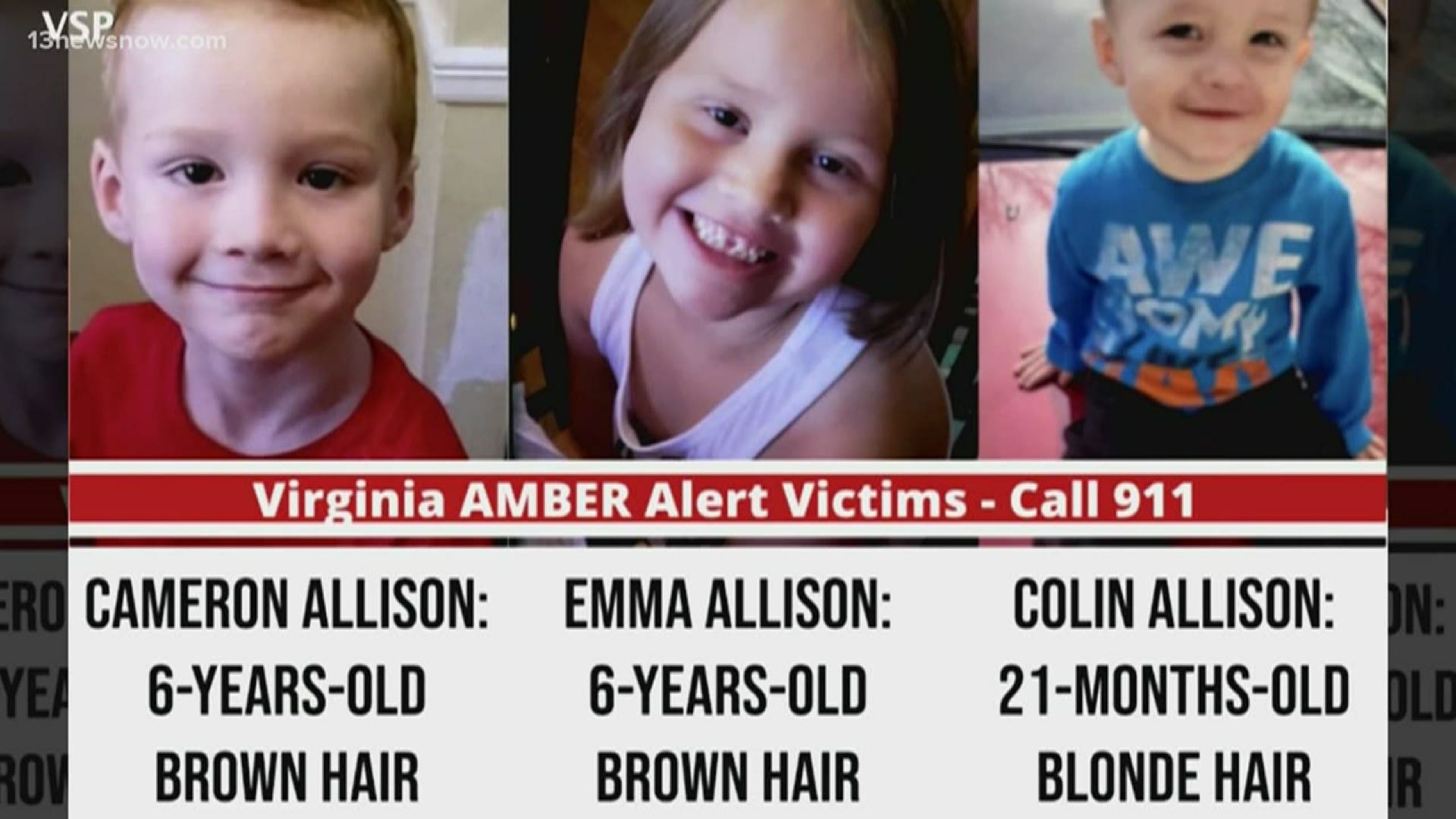 ROANOKE, Va. — State Police say a man and woman are in custody after three children were abducted Tuesday afternoon, which triggered an Amber Alert. All three kids are safe.

The Amber Alert was canceled after Cameron Allison, Emma Allison and Colin Allison who were safely located Wednesday afternoon.

Virginia State Police, on behalf of the Roanoke County Police Department, issued the alert for a child abduction that occurred on Tuesday at 3:30 p.m. in Roanoke County. They were believed to be "in extreme danger."

The children were believed to have been abducted by John Varion Allison. He was taken into custody Wednesday afternoon and the 2006 Cadillac involved in the alleged abduction was recovered.

RELATED: Stopping child abuse: List of resources, how to report it