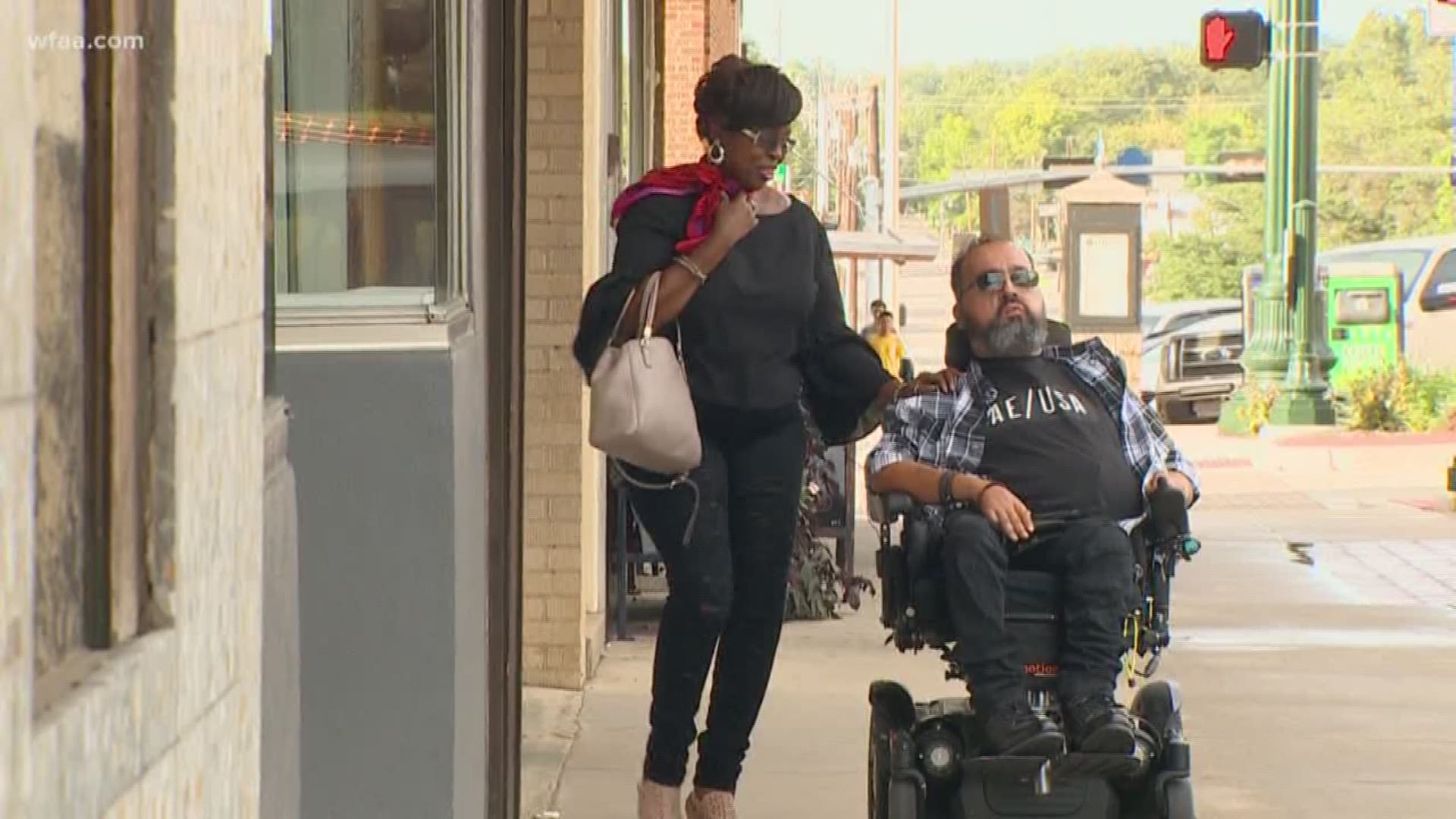 But Val Vera knew Michelle Henderson was the one for him when they met on an online dating site for people with disabilities.

“I knew if I did get married, it’d be to her,” Vera told WFAA over the weekend. “I wanted to make it special for her and make it memorable.”

Let’s say he pulled that off and then some.

On Friday night, under the guise of meeting friends, Val took Michelle to the town square in Denton.

Suddenly, a flash mob of a half dozen college girls popped up singing and dancing to the Bruno Mars tune ‘Marry You.’

“She was really confused,” Vera said with a laugh. “And I just kept playing along.”

That’s when a friend of the couple arrived to start recording the upcoming proposal.

Soon, the girls made an aisle and asked Michelle to join in the fun as Val got ready to wheel down and propose.

“The girls actually had the ring,” he said. “I had to trust them and it went off without a hitch.”

Michelle, who has paralyzed vocal chords because of a battle with esophageal cancer, has relocated from Chicago to share a life with Val.

The 50-year-old has muscular dystrophy. He started planning the proposal weeks ago, quietly putting out word around Denton that he needed help.

“Then I got a message from a girl at Texas Woman’s University,” he said.

A group of dancers from the school volunteered their time for the Friday night fun.

There’s no wedding date yet.

Val says meeting online, coupled with a “flash mob” proposal, is something that fits the times.