Emily Rose, 5, is recovering after being bit by a rattlesnake Saturday at Longhorn Cavern State Park. 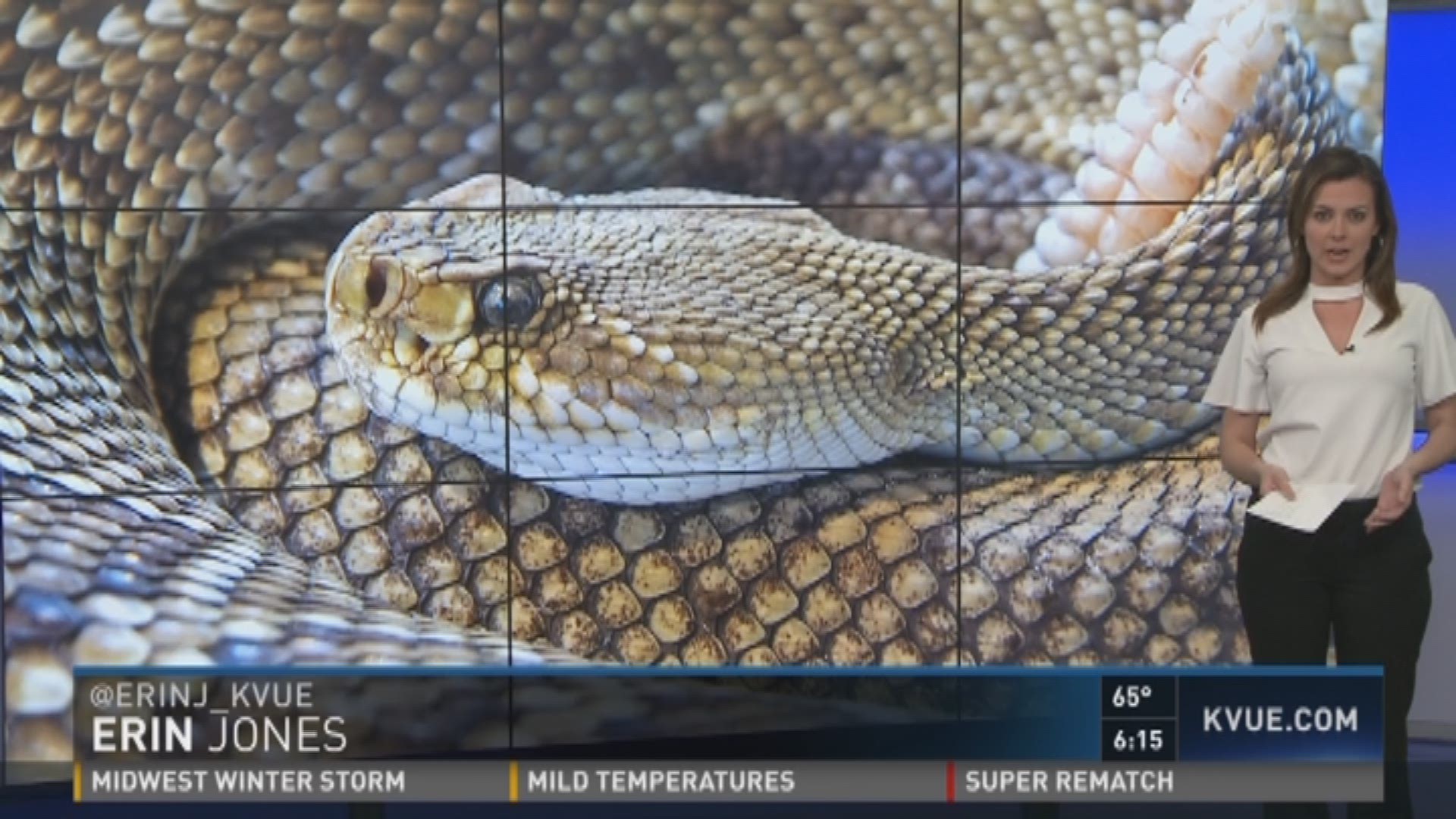 The 5-year-old girl recovering in the hospital after being bitten by a western diamond rattlesnake on Saturday is finally heading home after experiencing setbacks in her recuperation process.

On Friday, her mother, Alicia Oehler, said they finally left the hospital on Thursday night at 6 p.m.

"She is in a wheelchair and we will continue physical therapy," said Oehler. "And we have a follow-up visit on Monday for more blood work. She was so happy to see her sisters, family and friends again.“

After last week's bad weather, Oehler brought her children to Longhorn Cavern State Park to get some fresh air just outside of Burnet. A couple hours into the visit, her young daughter, Emily Rose, was bitten.

After she was taken to the hospital, the girl's mother told KVUE Wednesday, "She ended up having more swelling and blisters pop up right before we were going to take her off the anti-venom. We started physical therapy today and she cried but she didn't give up."

Oehler described what happened that morning.

"She was just running around chasing her brother."

Oehler said she turned her back for a second and Emily was bitten on the ankle by a snake hiding in the rocks.

"I was very surprised and heartbroken," Oehler said. "No child should have to go through that."

"I've been out here three-and-a-half years and this is the first snake bite we've seen in that time," Longhorn Cavern State Park Superintendent Cory Evans said. "A little unusual that the snake was out during the middle of the winter."

Evans said the western diamondback rattlesnakes generally hibernate in the winter. However, if you do see one, avoid it at all costs.

"If you are bitten, the main thing is don't get excited to elevate your heart rate," Evans said. "I don't recommend tourniquet, don't recommend any type of constriction. Call 9-1-1 and get there as quick as you possibly can."

Emily was flown to the hospital where she received more than 30 doses of anti-venom treatment. Her mother said at first that Emily's body rejected it and the venom started moving up her leg, but now the treatment is working.

The treatment is costly and Oehler doesn't have insurance.

"We're stressing about it, but right now the focus is on Emily," she said. "She's strong. She's hanging in there"

Oehler has set up a GoFundMe account for her daughter's medical costs. So far, her family has raised more than $40,000.

Oehler said her physical therapy is going well and that Emily has been able to get up three times on her own.

"The support from so many people who have contacted my husband and is amazing," she said. "The GoFundMe page just takes our breath away and we cry every time we see it. We are so thankful and appreciative way beyond words could express."

"We've had letters from New York, from Pennsylvania, New Mexico. It's going to help with everything you know," Wes Oehler said. "It's hard to get everything we need for her, especially with nobody working at the moment."

Dell Children’s Medical Center of Central Texas, part of Ascension, is the only pediatric level I trauma center in Central Texas. We are grateful to our highly-skilled physicians, nurses and the entire clinical team who provide exceptional care to the patients and families we serve. Their expertise has led to countless young patients being successfully brought back to health in the face of life-threatening danger, including snake bites.As a nonprofit health system whose Mission is to serve our community with a special concern for the poor and the vulnerable, we provide patients with a team of financial professionals dedicated to ensuring everyone can get the care they need, regardless of their ability to pay. This team helps qualifying patients access our charitable care funds, plus government resources such as Medicaid. Every year across Texas, Ascension proudly provides hundreds of millions of dollars in community benefit and charity care.