'You can't forget her' | A new search for Andreen McDonald

Since Andreen's disappearance her husband, Andre McDonald, was charged with tampering with evidence in connection to her disappearance. 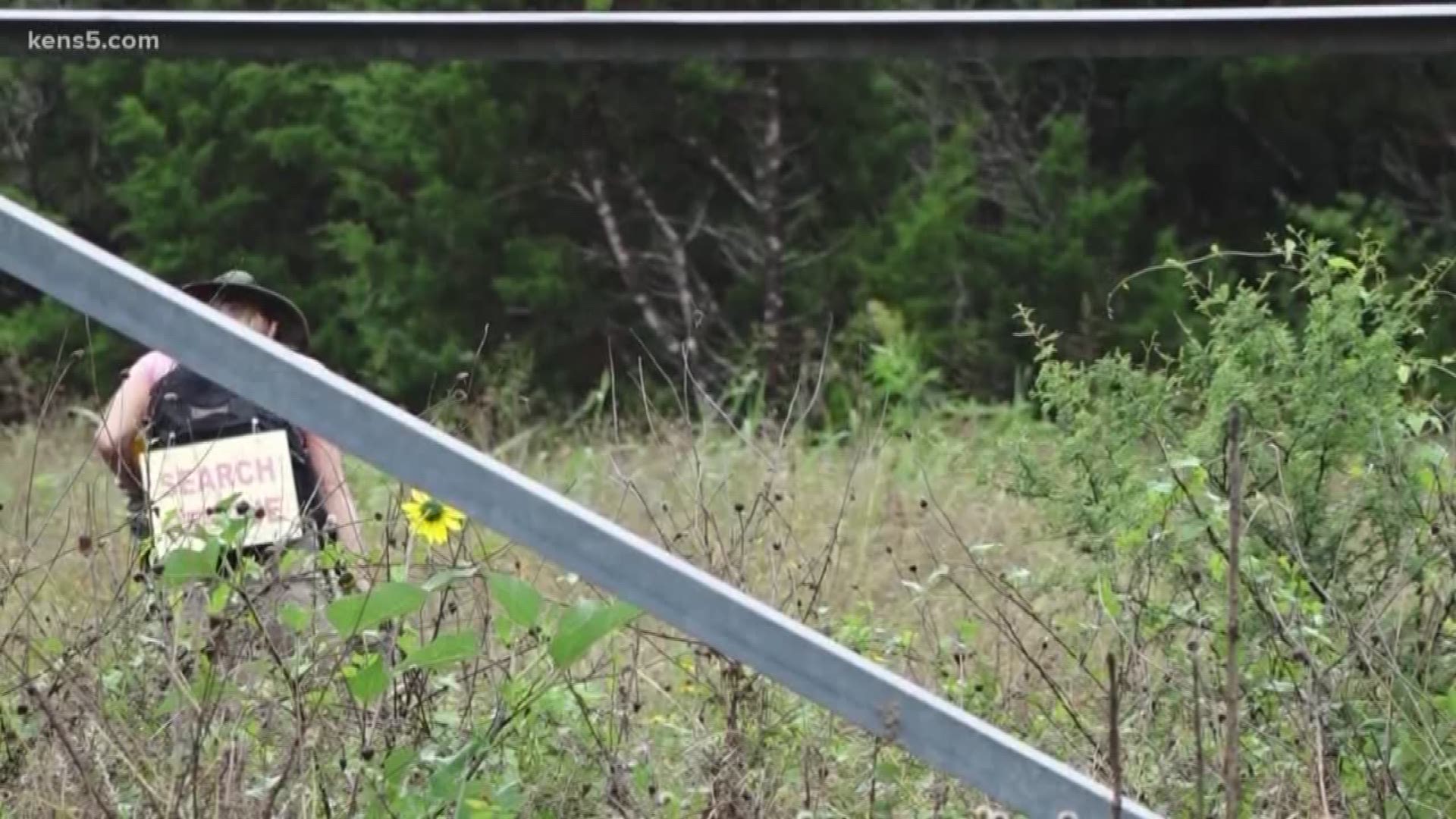 It's been nearly four months since Andreen McDonald was last seen but the efforts to find her have continued.

On Sunday a group hosted a search for the San Antonio mother and business owner.

"I think one of the biggest challenges is to maintain focus because it can be pretty frustrating," Robert Green a member of the Chain Breakers told KENS 5.

"We've been out here for a long time. We still haven't found her but we have the tenacity in our group to keep going. "

Robert Green's organization is the Chain Breakers, a group created in the early days of the search for Andreen. The team helps with search and rescue missions and provides resources for domestic violence survivors.

"We couldn't save her but we are going to save somebody," Nan Bronber, a Chain Breaker team member and someone Andreen made an impact on before she went missing.

"We’re not quitting because we don’t want people to forget, we don’t."

Since Andreen's disappearance her husband, Andre McDonald, was charged with tampering with evidence in connection to her disappearance.

On Sunday, on foot and by ATV dozens searched an undisclosed area hoping to uncover new clues.

While the group feels the Bexar County Sheriff's Office has done a fine job on the case, they're also looking to plan a dig in an area where they believe they may have discovered potential key evidence.

In a GoFundMe page, searchers couldn't disclose where and what exactly was found but they're hoping the public will help fund an excavation of the area to continue the efforts to find the woman that left a lasting impact.

"It's important to show that family we still care. Andreen hasn't been forgotten," Green continued.

"Its unfathomable how better the world would have been if we didn't lose her and we're not quitting," Bronber added.