A trio of World War II veterans share their passion for aviation by leading tours at the Museum of Flight in Seattle. 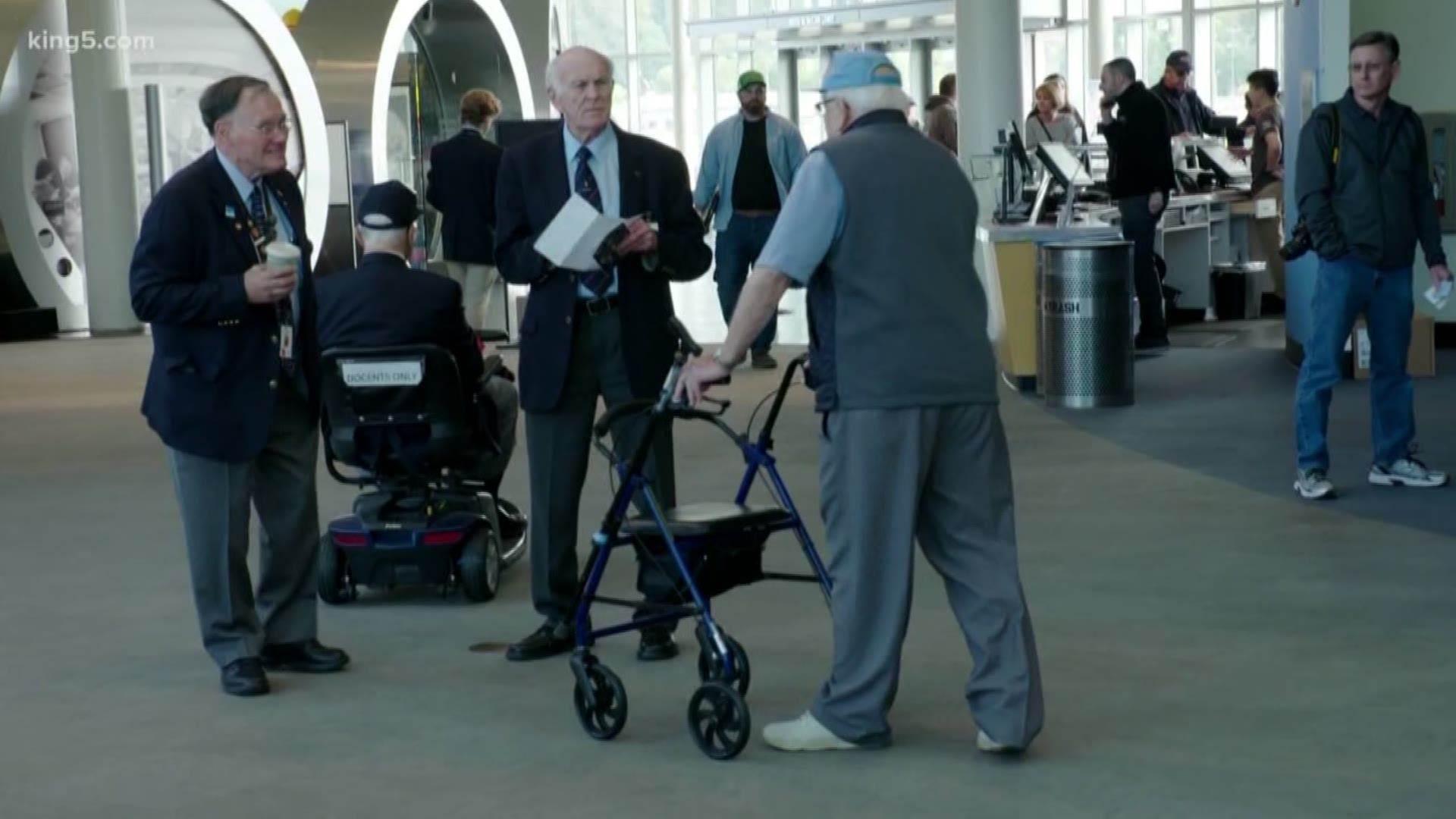 If you go to the Museum of Flight in Seattle chances are pretty good you'll meet a war hero. A number of veterans with aviation as a passion volunteer and lead tours at the museum.

97-year-old Paul Weaver is part of the Greatest Generation. Like so many others, he found a way to serve his country during World War II.

"I conned a guy to put my name on a roster as an aircraft mechanic, and away I went," Weaver said.

Weaver served in the Pacific theater and was assigned to an aircraft carrier, the USS Lexington. It took part in nearly every major operation in the Pacific.

"Even right down to being torpedoed," Weaver said. That happened 75 years ago.

Weaver volunteers at the Museum of Flight alongside fellow WWII veterans Dick Nelms and Jim Marich.

Nelms was a B-17 pilot with more than 30 missions under his belt. He earn the French Legion of Honor Medal, France's highest honor.

Marich was a flight engineer on a B-29 bomber.