A woman has filed a lawsuit against DA Margaret Moore and Assistant Melinda Montford for defamation. 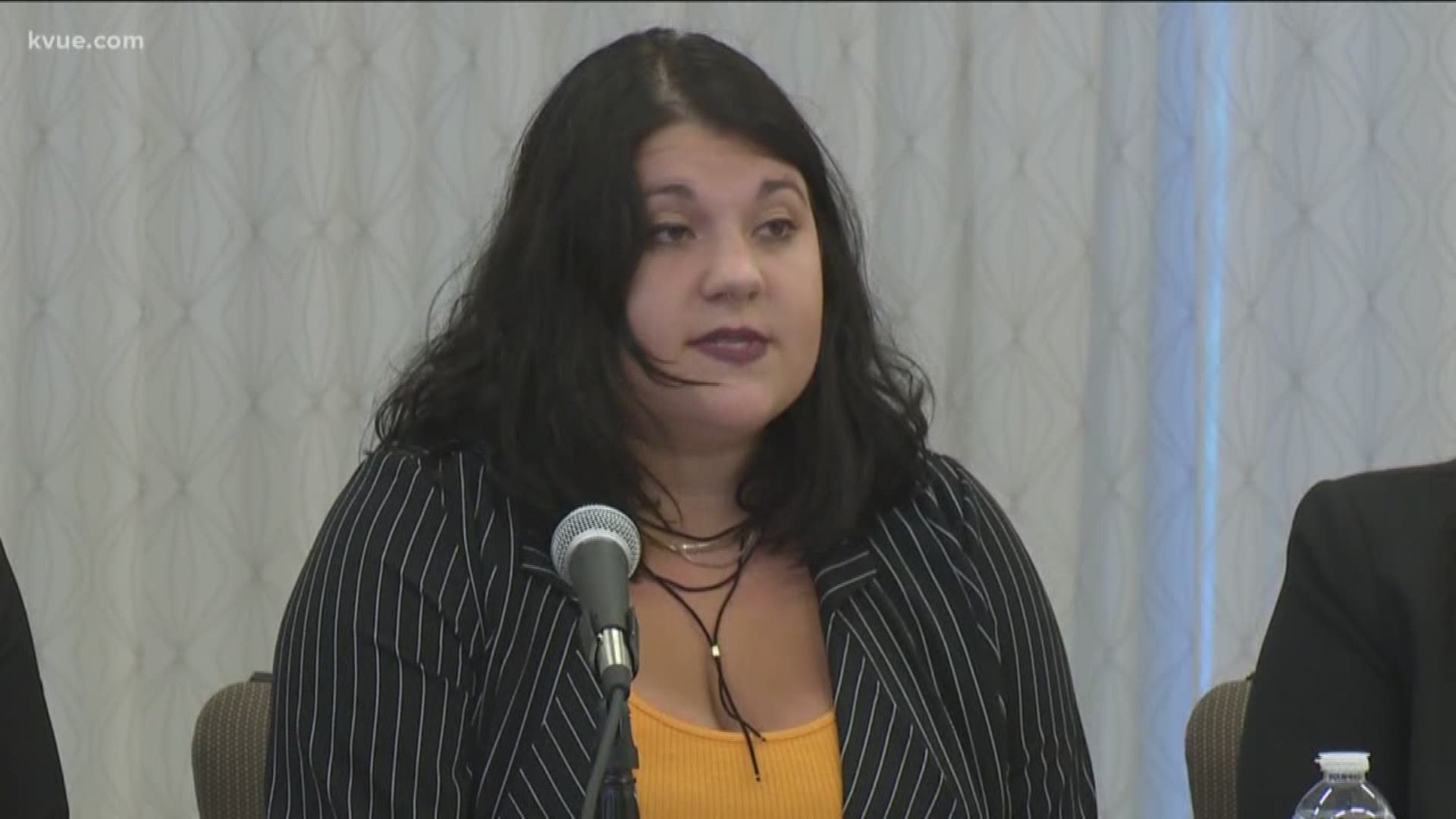 Emily Borchardt, one of the eight women named in a Class-Action Lawsuit that was filed in August of 2018 against the Travis County District Attorney's office and the Austin Police Department, has now filed a lawsuit against District Attorney Margaret Moore and assistant Melinda Montford.

In January 2018, the plaintiff stated in the initial lawsuit she had survived a sexual assault by three men who had abducted her and kept her against her will for 12 hours. After escaping, Borchardt reported the assault immediately to APD and submitted a rape kit to examination.

According to the lawsuit, the APD's police file stated Borchardt never consented to having sex with any of the three men during the 12-hour period.

After submission of evidence, the suit states the DA’s Office declined two times to prosecute any of the sexual assaults.

Borchardt joined the Class-Action Lawsuit on Aug. 1, 2018 that alleged the Travis County District Attorney's office and APD violated the rights of women and discriminated based on gender when handling sexual assault cases.

The lawsuit states that a month after Borchard joined the Class-Action Lawsuit, Montford spoke to a family friend of Borchardt over the phone, which the friend recorded.

In the recording, Montford made statements about Borchardt, saying "she had consensual sex with the guy in the second room" among other comments during the recorded conversation, to which the lawsuit said is completely false.

The lawsuit also states that "DA Moore reviewed and publicly ratified ADA Montford’s misconduct," and that DA Moore said, “Ms. Montford believed she was providing information to Ms. Borchardt through an intermediary acting on Borchardt’s behalf.”

While there has been criticism towards the District Attorney's Office, DA Moore stepped down from the governor's Sexual Assault Survivors Task Force earlier this year, but she released data from her office saying they have "obtained a plea or finding of guilt in a total of 111 adult sexual assault cases since she took office in 2017. "

The DA also said, "We take prosecutions for sexual assault very seriously in this office, and we do everything we can to remove these predators from society."

The data she released in July said that:

Borchardt is suing Montford and Moore to hold them liable for defamation and is also seeking reimbursement for damages and court costs.

Montford issued a statement on Thursday afternoon, saying she continued to stand by the decision that was made in the case:

"I have devoted over 20 years of my professional career to being a fierce advocate for crime victims. I have handled numerous sexual assault and other violent offenses throughout my years as a prosecutor. I have lived in Austin for over 40 years, and it has been my greatest honor to serve in a position where I am able to play a role in the public safety of our community. I would not have chosen a career as a prosecutor if I did not have the passion to fight for justice for victims of violent crime.

"I was contacted last year by my former sister-in-law, my son’s aunt, about a case that was declined for prosecution. I returned the call and believed that she was calling on behalf of the complainant and her family who she said were her neighbors. I later learned from the media that the phone call had been recorded without my knowledge or consent and had been shared with the media. It is common for our office to be contacted by complainants and their representatives to discuss the reasons we may not be able to proceed with a criminal case. We strive to provide them with enough legal reasoning so that they may have a better understanding of our duties as prosecutors and why the case cannot move forward with prosecution.

"The foundation of our criminal justice system is based upon the presumption that every individual accused of a crime is innocent until proven guilty beyond a reasonable doubt. Prosecutors have an ethical duty and a responsibility to ensure that they are not seeking a conviction without sufficient evidence to meet this burden. We make these difficult decisions every day based upon our courtroom experience and training as prosecutors. These decisions must be made without personal bias or emotion. Our judgment must be based upon the law and the relevant facts. It is for these reasons that I continue to stand by the decision that was made in this case."

"We strongly disagree with the allegations in the lawsuit that was filed yesterday. Our office was contacted in September of last year on behalf of a sexual assault complainant, and my First Assistant, Mindy Montford, responded to the call to provide information that she believed would be helpful to explain why the complainant’s case could not move forward with prosecution. It is not uncommon for our Office to receive such requests, and we strive to provide enough information and legal reasoning so that individuals may have a better understanding of why a case may not move forward with prosecution. I did not know about the specific phone conversation until it was brought to my attention months later by a news media outlet that the call had been recorded and provided to the media without our knowledge or consent. I reviewed the transcription of the call and believe the allegations of impropriety are unfounded.

We exercise prosecutorial discretion based upon the evidence in each case, using our best judgment from our years of experience. We must test that evidence against Texas law, which requires that we prove each element of the case beyond a reasonable doubt. And we adhere to an ethical responsibility not to proceed unless there is probable cause, sufficient admissible evidence to sustain a conviction beyond a reasonable doubt, and we believe that justice is served by prosecuting. Prosecutors owe a duty to no individual client – we have a duty to uphold the law and seek justice, which means we must strive to see that the victim, the accused, and society as a whole is served by our faithfulness to the Constitution. This means that some cases cannot be brought to trial. This determination is not one that we make lightly, but only after careful consideration of all the facts.

Since I took office in 2017, our prosecutors have tried over 206 criminal cases to Travis County juries, 17 of which involved sexual assault offense with adult victims. This does not include the cases with child victims of sexual assault. We have obtained guilty pleas or findings of guilt in 111 cases involving adult sexual assault allegations. We are proud of the work this Office does on behalf of sexual assault survivors and continue to strive to seek justice on behalf of all victims."