Austin officials responded to two separate crashes, one on Loyola and the other on Airport Boulevard. 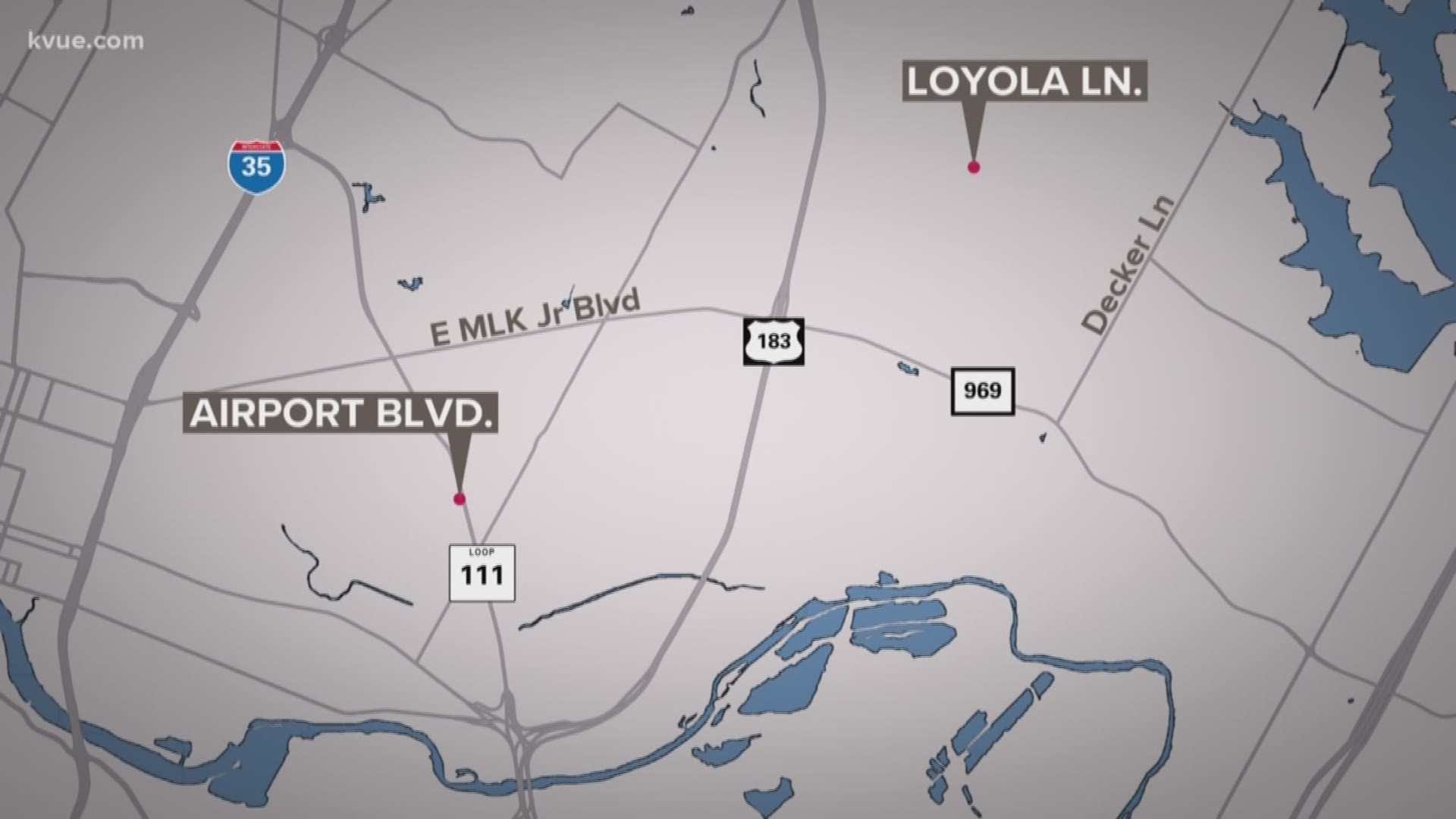 AUSTIN, Texas — The woman who was struck and killed by a vehicle in eastern Travis County Wednesday night has been identified by police.

ATCEMS reported that medics, the Austin Fire Department and Austin police responded to the area of Loyola Lane and Sandshof Drive around 6:30 p.m. after a caller reported a person was lying in the roadway.

Police said a BMW was traveling westbound on Loyola Lane when it hit the elderly woman who was walking across the roadway.

The woman, along with another family member, were standing in the center median that divides east to westbound lanes of Loyola Lane, according to police. When the elderly woman began to walk across Loyola Lane, she was reportedly hit by the BMW.

On Friday, police identified the woman killed as Braulia Arce Hernandez, 75. Medics said Hernandez was pronounced dead on the scene.

Police said the driver of the BMW stayed on the scene and is cooperating with the investigation. No charges are expected at this time.

A verified GoFundMe has been set up to help her family.

Anyone with information regarding this case should call APD’s Vehicular Homicide Unit Detectives at (512) 974-8544. You can also submit tips by downloading APD’s mobile app, Austin PD, for free on iPhone and Android.

In a separate incident, an adult male pedestrian was pronounced dead after officials responded to the 1140 block of Airport Blvd. for another crash. This call came in around 6:50 p.m.

A Ford Focus was traveling northbound in the inside lane of Airport when it struck Mauro Carrasco Mota, 62, who was crossing from the west to east curb line. A 2020 Toyota Tacoma also struck the man while he was lying in the roadway.

Both drivers remained on scene and are cooperating with the investigation. Drive impairment is not believed to have been a factor. However, the pedestrian, who was pronounced dead on scene, may have been impaired, police said.