She says she feels violated after she found a homeless couple continually breaking into the home that's been in her family for decades. 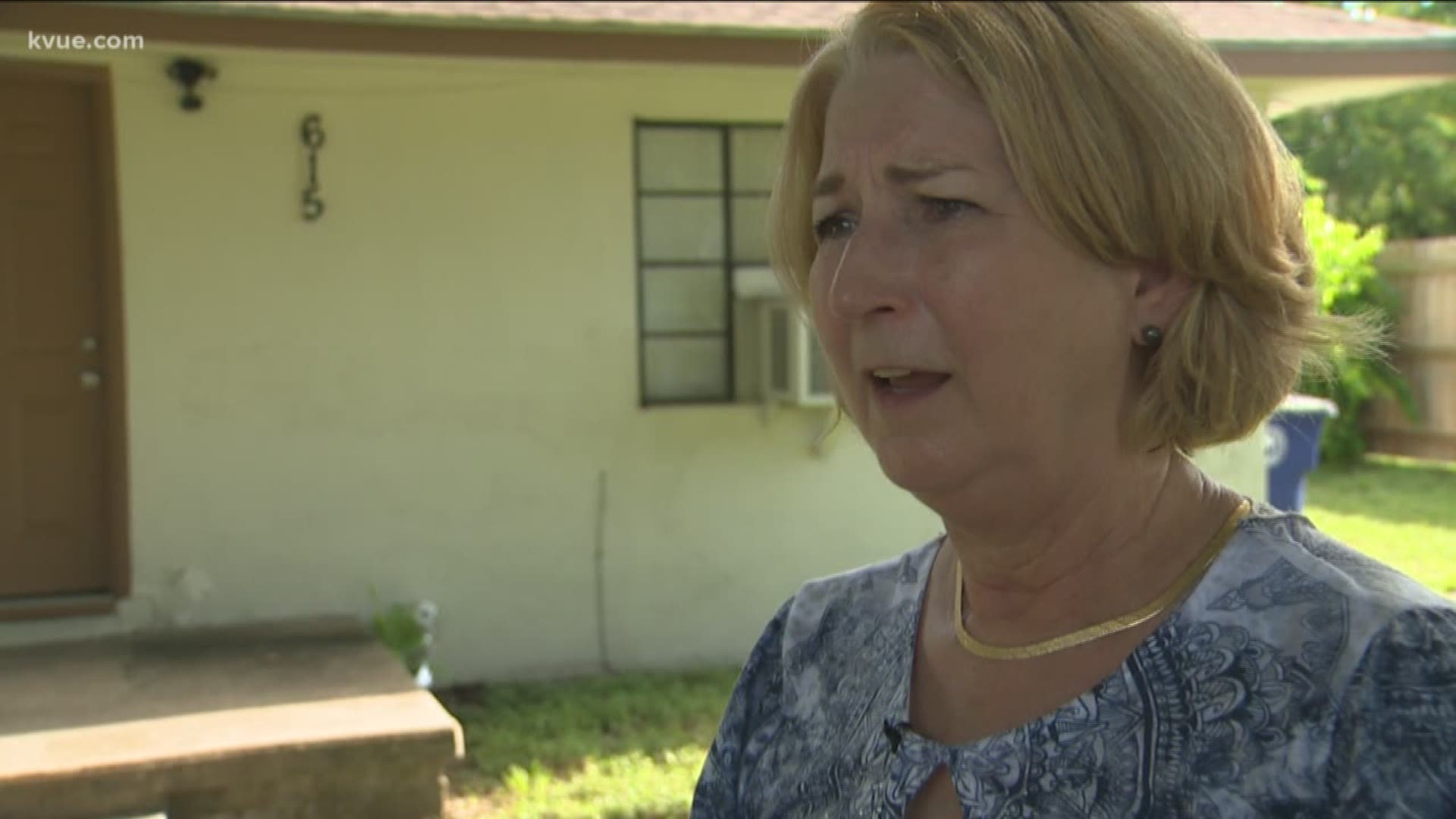 AUSTIN, Texas — Ruth Howard went to check on the home that's been in her family for decades on a Sunday in June.

"I noticed two people coming out of the backyard," Howard said, noting she thought this was odd.

Howard said the homeless couple told her they were looking for a place to stay, and she explained the house is for sale, not rent, and they left.

"So I came back the next day, and I could hear the A/C running on this house. I went to the back door to test the back door, and it was unlocked," said Howard. "I called out, ‘Is anyone here?’ and then I realized that was a pretty foolish move, so I went to my car and called 911."

"The next day we came back to see how they got in," said Howard. "And it was obvious they had come back because the air conditioning was running again.”

Howard walked KVUE through the house on Monday. She pointed out the window they broke into and some of their leftover items, like food in the freezer and socks in the closet.

"There was a big trash box here; there was shoes over there; the refrigerator was full of food," said Howard as she pointed out different locations in the house.

Howard said she has added different security items to help deter people from trying to break in. However, she said she still feels violated knowing someone was in her home.

"Oh for sure," she said. "You feel violated when someone breaks in and disturbs your property. Our goal is to sell the properties, and you can’t sell it if you have people living on the properties."

Howard now checks on the house every day to make sure no one else is living there while they are trying to sell it.