Last November, Laura Monterrosa alleged she was sexually assaulted by a guard. ICE officials told KVUE they found her claim to be unsubstantiated. The FBI has opened an investigation into the case. 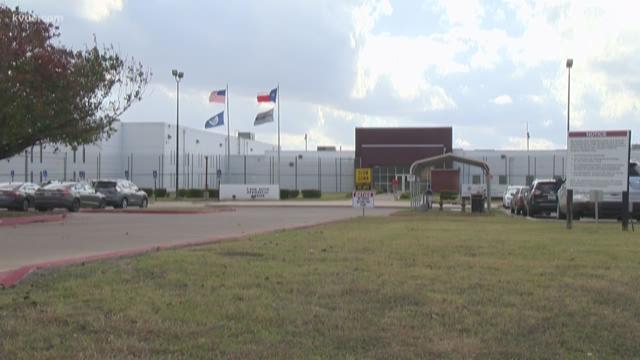 Laura Monterrosa, an undocumented immigrant woman detained at T. Don Hutto Detention Center in Taylor, who reported she was sexually assaulted by a guard, was released Saturday, according to Grassroots Leadership.

“Despite facing retaliation inside, including solitary confinement, Laura showed incredible courage in speaking out to tell her story,” said Claudia Muñoz, immigration programs director at Grassroots Leadership. “This is a huge victory for Laura, for all the women who have organized and spoken out, and for the community that came to their support.”

In Feb. 2018, KVUE reported Monterrosa claimed in Nov. 2017 she was sexually assaulted by a guard.

ICE officials told KVUE they found her claim to be unsubstantiated.

ICE provided the following statement to KVUE in Dec. 2017:

"The ICE Office of Professional and Responsibility (OPR) with the assistance of the Williamson County Sherriff's Department found the allegations made by a woman from El Salvador who is currently detained at the T. Don Hutto Residential Center to be unsubstantiated. ICE and Williamson Sheriff's Department concluded that the information provided by the detainee could not be corroborated and the case lacked evidence to pursue any further action. ICE is committed to ensuring all individuals in our custody are treated in a safe, secure and humane manner."

Grassroots Leadership demanded Monterossa's release in Feb. 2018, said the county was liable for the abuses that were happening to her, and should intercede with ICE for her release. Supporters in central Texas lined up to visit Laura daily while she was in detention, the group stated.

“This shows what the power of community can do,” said Bethany Carson. “But we also know that there are more than 500 women still locked up at Hutto every single night. Our hearts are full knowing that Laura does not need to spend any more time at Hutto, but we will not stop fighting until every injustice at Hutto is addressed and the facility is closed once and for all.”

In early March, a federal judge in Austin heard a habeas petition and temporary restraining order filed in her case.

"The community has been just very joyous about [Laura's] release. It's something that many members of the community, many advocates, many attorneys have worked for over half a year, really, since Laura was first detained last May," Mexican American Legal Defense and Education Fund staff attorney Jack Salmon said. "She has so many advocates, so many friends at this point that everybody was so excited that the released occurred and that Laura will receive the treatment that she needs."

Despite her release, however, Monterrosa-Flores' fight isn't over.

The Department of Homeland Security released her under deferred action, which in her case means she has a year to seek and be granted asylum, Salmon told KVUE. Otherwise, Monterrosa could face deportation again.

The FBI has opened an investigation into the case, and KVUE reached out to the bureau. An FBI representative gave the following statement in Dec. 2017 regarding the case:

"The San Antonio FBI Field Office, Austin Resident Agency Office and the Civil Rights Division have opened a civil rights investigation into the alleged sexual assault of a detainee by a correctional officer at T. Don Hutto Detention Center. The FBI will collect all available facts and evidence and will ensure that the investigation is conducted in a fair, thorough and impartial manner. As this is an ongoing investigation we are not able to comment further at this time."