With students home for summer break, construction begins on 'The Drag'

Austin Public Works began blocking off parts of Guadalupe in downtown Sunday, as they work to reconstruct 'The Drag.' 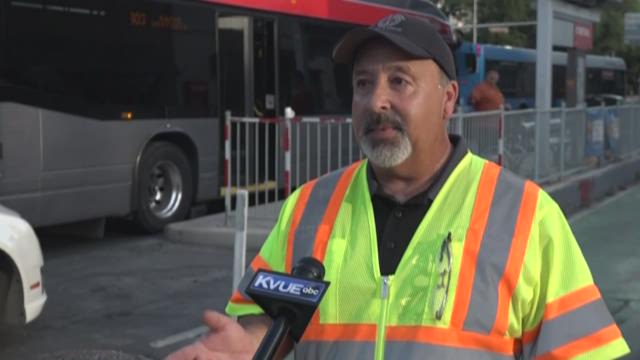 Austin Public Works began blocking off parts of Guadalupe in downtown Sunday, as they work to reconstruct 'The Drag.'

The four lanes on Guadalupe will be taken down to one single lane north and southbound. Police will direct traffic around the construction area.

"A couple of years ago they added the speedy--the longer buses--speedy bus lanes. And so, the road is starting to deteriorate because of that," Public Works Superintendent Steven Robles said. "With UT being out of school, it's the time they want us to come in here. By the time UT returns, all this should be complete.”

Schedules are subject to change due to maintenance and weather. Driveways in the active work zone area will be shut down temporarily.

Peak hours are from Sunday through Thursday, 7 p.m. until 5 a.m.