Some parents modified the district's logo for Wimberley's first annual LGBTQ Pride March in September 2019 to support their LGBTQ children. 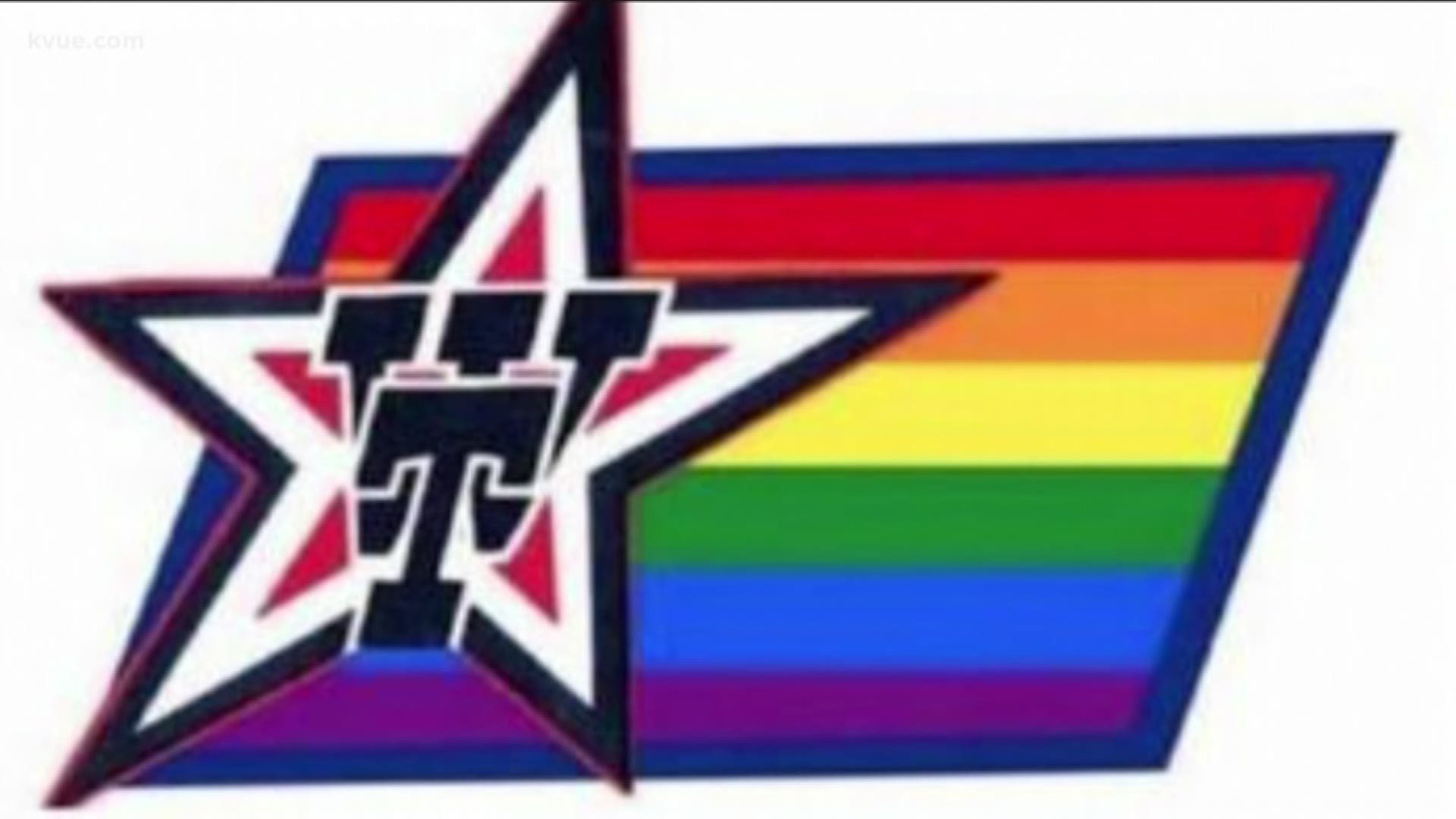 WIMBERLEY, Texas — Editor's note: The video published above is from January 2020, when the district originally threatened to sue parents after they reportedly altered a school logo as part of a pride march.

On May 20, The Wimberley ISD (WISD) Board of Trustees announced that they will no longer be taking legal action against parents that display a rainbow Wimberley Texans logo to show support and solidarity for LGBTQ students.

The decision in the public meeting came after the American Civil Liberties Union (ACLU) officially filed a grievance against the Wimberley Independent School District.

According to a letter from the ACLU, the modified logo was used for the first annual Wimberley LGBTQ Pride March in September 2019 as a way for some parents to show support for their LGBTQ students and children.

The ACLU's letter claimed the district was in violation of the First Amendment, which protects people's freedom of expression, when the superintendent threatened legal retaliation if the images of the logo were not removed.

According to a statement from the district, the WISD Board deliberated for more than two hours and forty minutes and unanimously voted (6-0) to cease legal action against Wimberley parents for use of the modified logo.

"The Wimberley ISD Board of Trustees heard a Level III grievance regarding the altered use of the District's Texan flag logo during a special-called board meeting on May 20. Following presentations from the grievant's attorney and district representation, the Board deliberated for more than two hours and forty minutes in closed session. Upon reconvening in open session the Board unanimously approved (6-0) the following motion by trustee Will Conley:

'I move to deny the requested remedies, but direct no other action be taken related to the grievance.'

Following the approved motion, trustee Lori Olson read the following statement from the collective board:

The WISD Board of Trustees would like to take this opportunity to address the logo issue that has been debated in our community over the past few months. We do recognize that our district can improve in clearly communicating our intentions, goals, and navigating district policy (CY) enforcement measures. We are saddened by the division we have witnessed in our community over this subject matter. This divisiveness is not a reflection of our Board-stated goals and policies, nor does it reflect daily practices of our administration and staff.

We have carefully watched and listened to many of our citizens over the past few months. We have had these issues legally vetted from many different aspects and taken sensible consideration of our District’s time, resources, and taxpayer’s dollars. After this thorough evaluation, we believe we have come to a point of better clarity and wish to articulate our position to our administration and community.

We believe the logo for WISD is a protected trademark of WISD. If our logo is used or altered in any unauthorized way, we strongly believe we have a right to defend our trademark. Our policy which is common to districts around our state, provides that our logo be used for its strict intended purpose of representing our great District.

That said, and though we may not all agree with any of these unofficial or unapproved uses of our trademark, we also acknowledge that our District has limited time and resources. Therefore, we choose to maximize our time and resources toward higher priorities, particularly in the face of the current pandemic health crisis that has gripped our communities, our nation, and the world. Most notably, our focus is and will remain on all of our children receiving the best educational opportunities that we can afford them in the safest, most positive environment that we can provide.

The WISD Board of Trustees directs that no further action be taken against any individuals related to the WISD Texan rainbow flag logo being considered today. We support our LGBTQ+ community within our district - as we do all our students - and we will continue to make additional efforts to ensure that all feel welcome, safe and supported. We have already made great strides in this area over the past six months, and we will proceed enthusiastically with these efforts and programs.

The district will continue to evaluate any future logo or trademark issues on a case by case basis, under the guidelines of the above stated principles, the existing policies of our District, and those set forth in state and federal law. We collectively ask that the WISD administration and our entire Wimberley community move forward as well, and focus on how we can continue to improve our wonderful school district for the betterment of all our students and the enrichment of our community."