People at Willie Nelson's 4th of July Picnic had to evacuate due to severe weather. 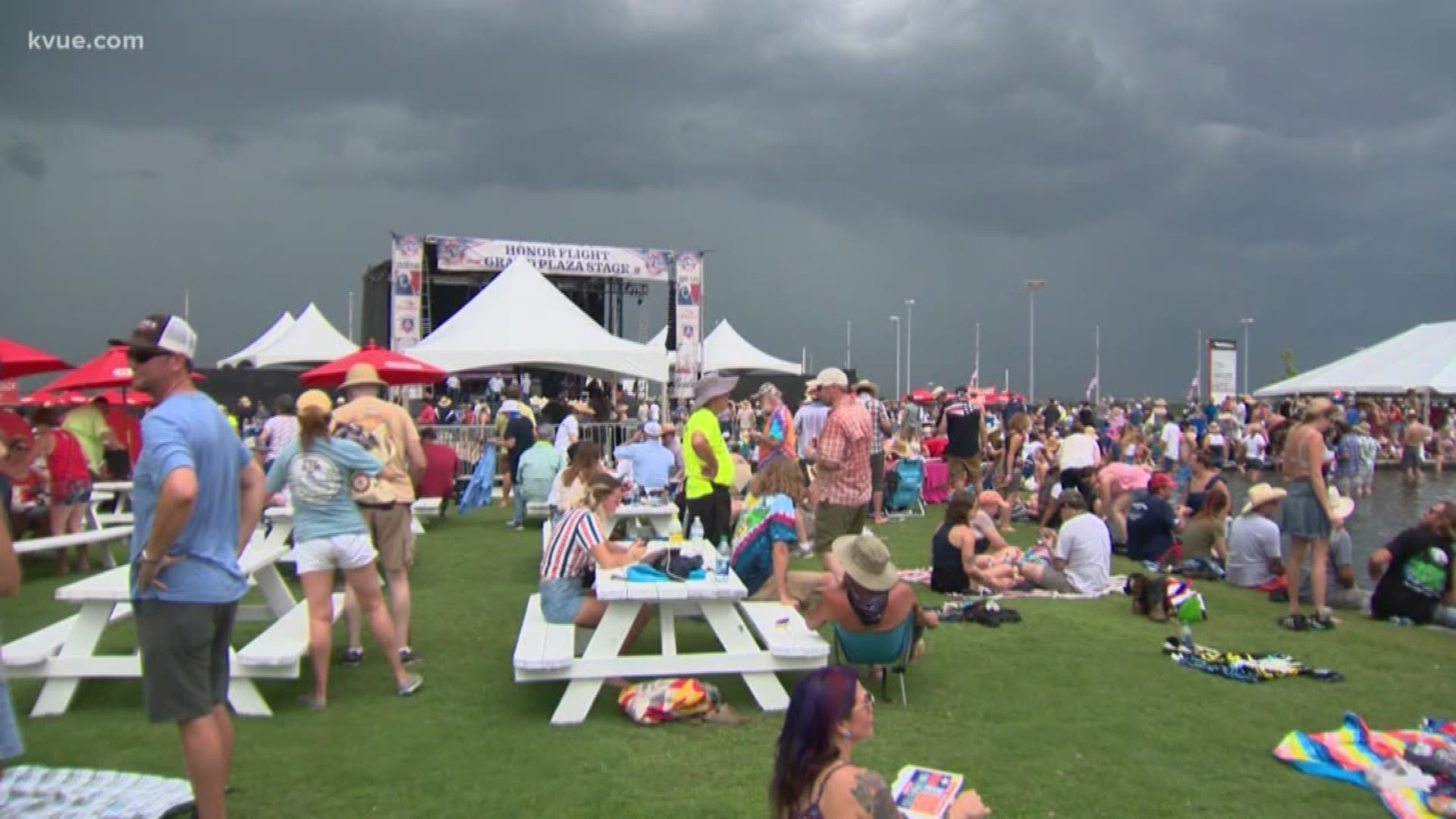 AUSTIN -- Attendees of the 2018 Willie Nelson's 4th of July Picnic were asked to evacuate the Austin 360 Amphitheater at Circuit of the Americas and seek shelter Wednesday afternoon after severe weather rolled in.

At 2:44 p.m., a strong thunderstorm was approaching COTA and the airport. 50 mph wind gusts are possible with this storm, along with cloud-to-ground lightning.

Willie Nelson's 4th of July Picnic returns to COTA in 2018

LIST: Where to celebrate Fourth of July in Central Texas

Announcement over the loudspeakers tells people at Wllie Nelson’s Fourth of July Picnic to evacuate due to severe weather approaching. Performances are suspended. COTA says seek shelter in car or another safe place. Follow @austin360 for when performances will resume. @KVUE pic.twitter.com/xN6rFXn1gD

Austin 360 tweeted that fans would be allowed to return at 5 p.m., with Lukas Nelson & Promise of the Real performing at 5:25 p.m.

Austin 360 was giving updates on the picnic on Twitter.