In recent months, KVUE has reported on multiple controversies related to Sheriff Robert Chody and the Williamson County Sheriff's Office. 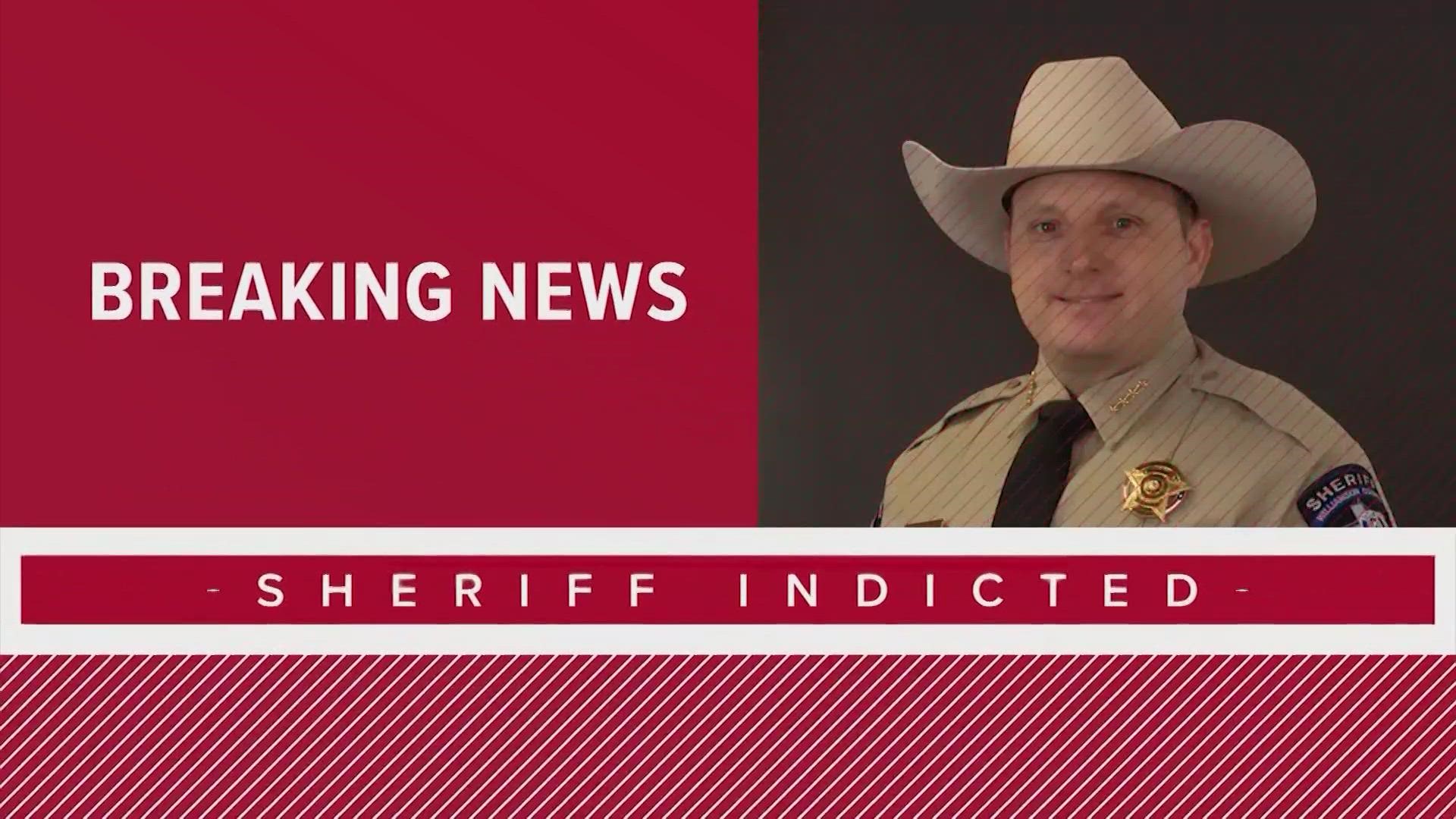 Ambler died in Williamson County Sheriff's Office (WCSO) deputies' custody after deputies repeatedly used stun guns on him despite his pleas that he couldn't breathe and that he had a heart condition.

Chody was booked into the Williamson County Jail just before noon Monday and was released a couple of hours later after posting a $10,000 bond.

This latest development is hardly the first WCSO controversy to draw attention since early 2019. Monday night at 6 p.m., KVUE took an in-depth look back at recent reporting on Chody and his agency.

Here's a breakdown of some of the major controversies:

The history of 'Live PD' in Williamson County

In June, A&E canceled "Live PD" amid ongoing protests over the show's handling of the footage related to Ambler's death. But the show's presence in Williamson County had been connected to other incidents long before that.

In April 2019, former Commander Steve Deaton was accused of urging his deputies to have sex with a "Live PD" producer. Days later, two deputies were fired for sending inappropriate text messages, some of which included apparent comments about the show.

In May 2019, the Williamson County Commissioners Court voted not to end the contract with the show. Then, in August, the commissioners reversed that decision and voted to sever the contract.

In July 2020, the WCSO was confronted with a new round of questions about its tactics and relationship with "Live PD" after a SWAT team takedown inside a Cedar Park family's home was shown live. KVUE reported that the raid happened just hours after deputies appeared to have bypassed a chance to peacefully arrest the suspect while he was in court.

In August 2020, an analysis revealed that the number of car chases by Williamson County deputies rose while "Live PD" filmed the agency.

Use of force during domestic violence call

Earlier this month, KVUE reported that authorities are investigating an incident involving Williamson County deputies who used force on a domestic violence victim.

The incident occurred in September 2019. The woman said she didn't want deputies to search her apartment for her boyfriend, who she reported had left the property. She repeatedly told deputies she was safe and unharmed, although a deputy noticed marks on her neck.

Deputy Lorenzo Hernandez grabbed the woman within seconds after she opened her door and hesitated for deputies to come inside. She was thrown to the ground and handcuffed, though she was not suspected of a crime and had not physically-resisted deputies. The incident was captured on body camera video.

Gift cards for 'good' use of force

Former Deputy Christopher Pisa made the claim during an interview with the Texas Rangers, who were investigating whether he used excessive force on a woman in 2019. Pisa said former Commander Deaton – who resigned last year following backlash over controversial social media posts – awarded the cards.

Pisa also said that Deputies J.J. Johnson and Zach Camden – who were involved in Ambler's death, as well as a different violent arrest broadcast on "Live PD" in 2019 – were among those who received gift cards. Pisa said he did not believe the rewards were linked to the Ambler case.

In August, KVUE reported that several deputies hired by the WCSO in the past three years have histories that may have disqualified them at other agencies.

One example is Deputy Mark Luera, who was a regularly featured cast member on "Live PD." Chody routinely promoted Luera's role on the show, even calling him a "WilCo rock star."

But Luera is also a disgraced former Austin police officer who quit APD in 2017 as he faced being fired following an internal affairs investigation that revealed he repeatedly used his special clearance badge to slip his family and friends past TSA screening for a flight to Cancun. Luera was sworn in as a WCSO deputy three days after he quit APD.

Chody also appointed some of his hires with previous disciplinary action against them to top-level positions. One example: former Commander Deaton, a retired APD officer, who had been suspended during his time at APD for making inappropriate comments about a lower-ranking officer's disciplinary case. He was also once reprimanded for leaving his badge and gun in a Target shopping cart.

Chody has been involved in law enforcement for most of his career.

He was first elected Williamson County Sheriff in 2016. As sheriff, he has expanded the cold case unit, which has made significant strides in uncovering evidence and reopening cases. He also started a self-defense academy and modernized the jail.

Before that, he served as constable for Williamson County Precinct 1, as an officer with Austin police, worked at the Texas Department of Criminal Justice and is an Army and National Guard veteran.

RELATED: Why an $85 million Texas lottery winner works so hard as sheriff

He and his wife have four children – two of them adopted – and they won the lottery in 2001.

He has always said this was not a job to him, but it was a calling triggered early on in life when he lived through a domestic violence incident with his mother.