Sheriff Robert Chody has been indicted on a felony charge. Does he get to keep his job?

So, what happens to Sheriff Chody moving forward? Does he get to keep his job? 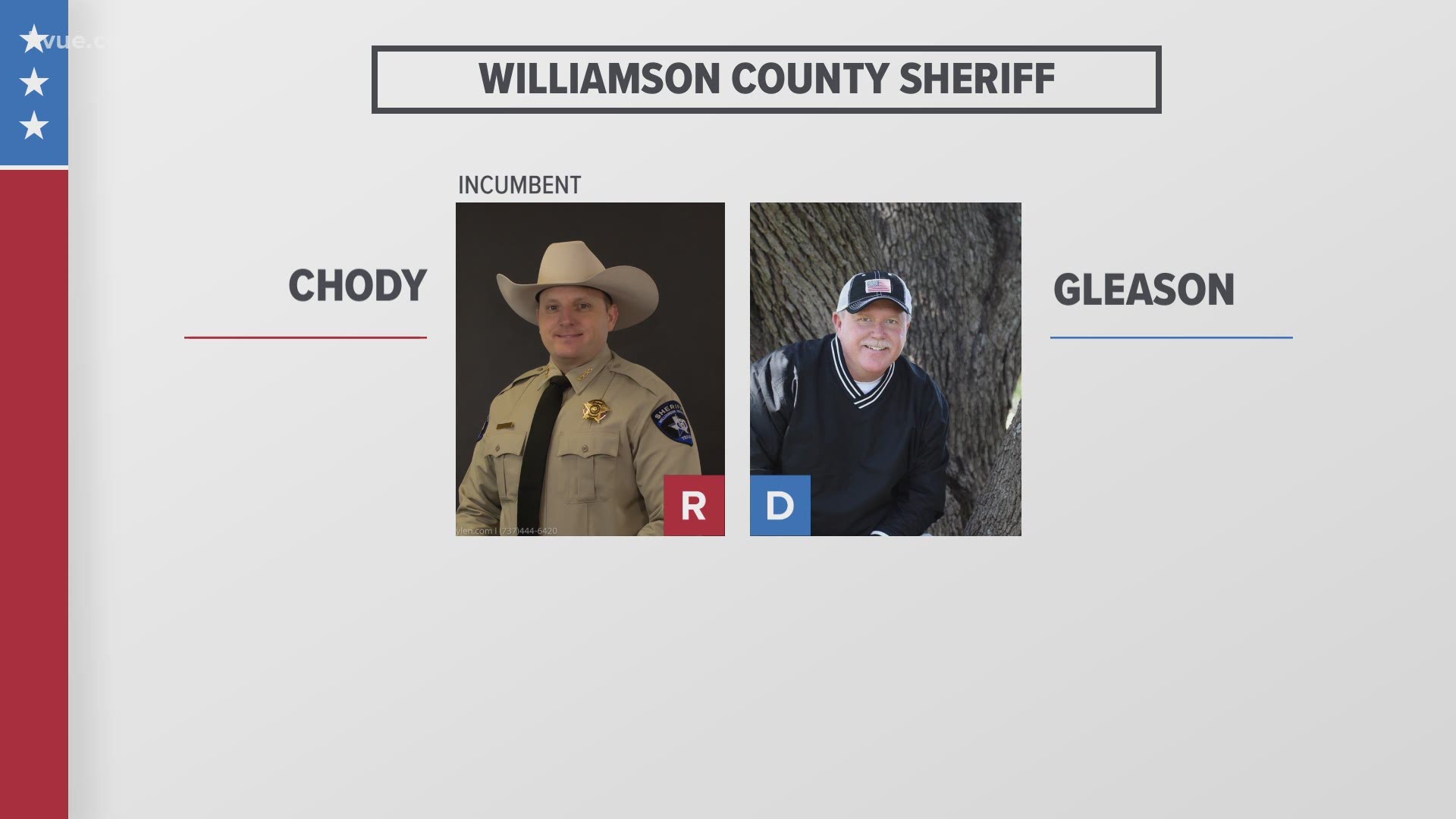 WILLIAMSON COUNTY, Texas — Williamson County Sheriff Robert Chody has been indicted on a felony evidence tampering charge stemming from the destruction of the video in Javier Amber's death, according to court records.

The investigation came after the KVUE Defenders and the Austin American-Statesman jointly reported details of Ambler's death in June and "Live PD" confirmed that raw, unaired video footage of the encounter was destroyed.

So, what happens to Sheriff Chody moving forward? Does he get to keep his job?

Under Texas law, public officials can remain in office if charged with a crime but may be removed if they are convicted.

The law states an elected official, such as a county sheriff, can only be removed from office for the following reasons:

If convicted, Sheriff Chody could have his Texas Commission On Law Enforcement license suspended. According to the TCOLE, certain offenses under 37 TAC 223.18 are subject to a summary suspension upon arrest or indictment while the criminal case is pending. If convicted, the revocation action under 37 TAC 223.19 and Texas Occupations Code 1701.502 would be initiated.

In Texas, it's possible to remove a sitting official from office, but it's not easy. This rarely-used law is basically a civil lawsuit. To start, someone has to file a petition in district court, which has to be approved by a district judge. If a judge gives it the OK, it then goes to a trial, which would determine if the official stays in office.

Can a sheriff be removed from office? Can anyone fire a police chief?

For example, Texas Attorney General Ken Paxton was indicted on felony securities fraud charges five years ago, but still serves as the attorney general in 2020. Paxton is still in office because he's never been to trial for the charges he was indicted for, let alone convicted. The Texas Tribune laid out a timeline here from when Paxton was indicted in 2015 to all the trial delays in the elapsed time. Paxton won reelection in 2018 amid his ongoing legal marathon.

"There have been other legal, other lawsuits that have delayed it," Dallas Morning News investigative reporter Lauren McGaughy told KVUE in July. "The case has been moved out of Collin County. That delayed it. There's been acts of God that have delayed it. Hurricane Harvey shut down the court complex for a long time in Harris County where the case was moved. So this thing has just encountered every type of delay possible, both purposeful on the part of Paxton's lawyers and the prosecutors, and just things totally outside of their control."

Again, if a sheriff is convicted (no deferred adjudication) of a felony, they could lose their Texas Peace Officer License from TCOLE. An indictment alone does not affect their license. To hold office as a sheriff, one must be licensed by TCOLE within two years of taking office.

Chody is on the ballot in the Nov. 3 general election with a Democratic opponent, retired sheriff's official Mike Gleason.

“I honorably served Williamson County for 24 years before retiring as Assistant Chief Deputy just prior to when Chody took office," Gleason said in a statement Sept. 28. "The people of Williamson County put their hope and trust in Robert Chody to uphold the law and keep the peace. Today’s indictment shattered that trust. I will restore it if elected to the Sheriff’s Office in November.”

KVUE has reached out to Sheriff Chody for comment and has not heard back.