According to the Williamson County Regional Animal Shelter, the dog's pelvis had multiple fractures and one of her knees was significantly injured. 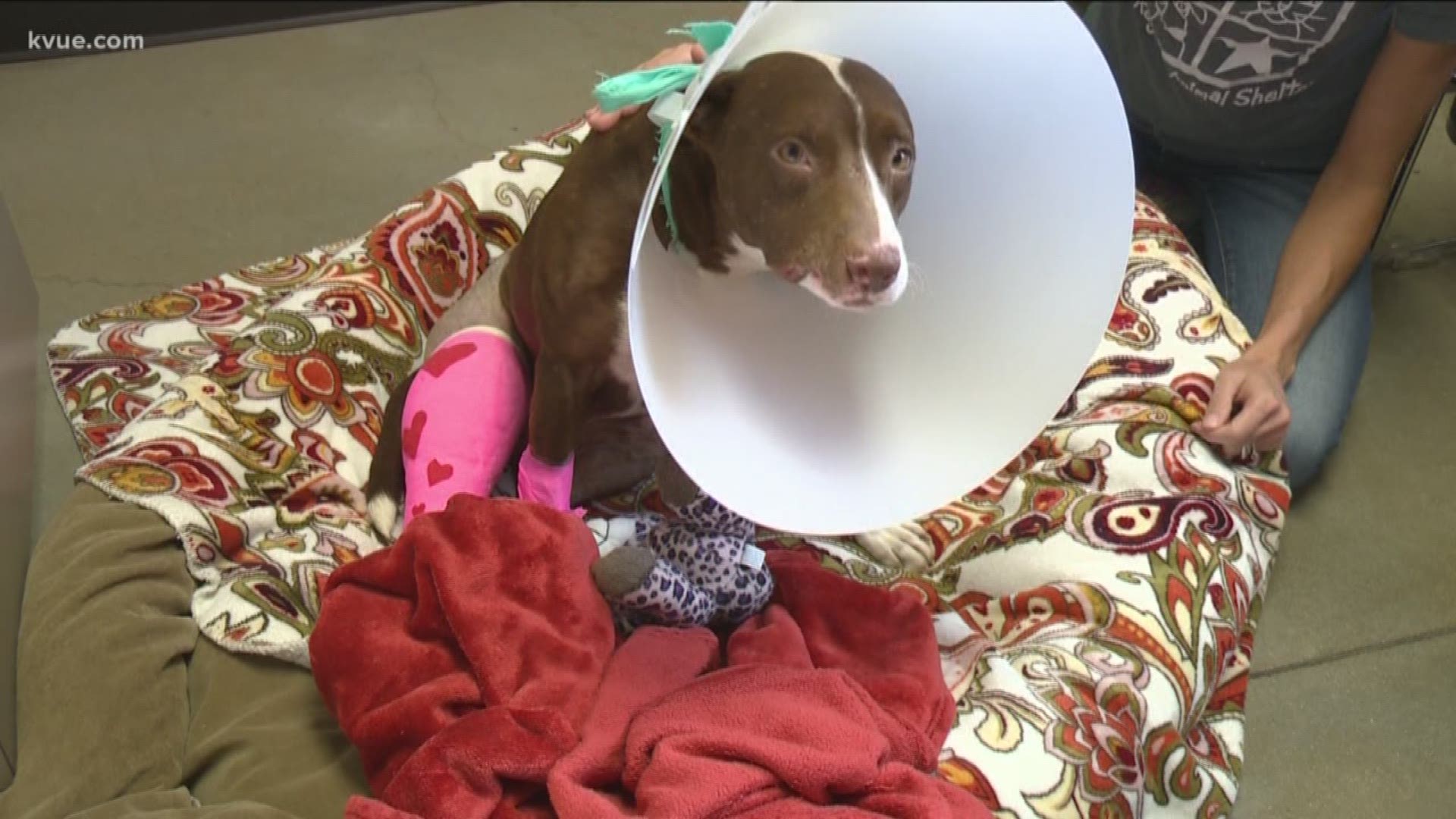 A Central Texas dog was recovering in a foster home Friday after allegedly being thrown from a vehicle earlier in the week.

Williamson County Regional Animal Shelter posted on Facebook Tuesday that the dog – whom the shelter has named "Velvet" because of her soft demeanor – was thrown from a vehicle Sunday night. She landed in a ditch in northern Travis County. A Good Samaritan witnessed the act and rushed Velvet to an emergency room.

According to the shelter, Velvet's pelvis had multiple fractures and one of her knees was significantly injured. The medical team also noted old wounds to her lips, ear and face. She received emergency surgery to her pelvis and had surgery on her knee later in the week.

"It's heartbreaking to think that somebody can't see the soul that's inside a dog like Velvet and is blind to that," community programs coordinator Misty Valenta told KVUE. "And it's heartbreaking to know someone's out there who feels that way when so many of us, I would say most of us in this community, very highly can look at Velvet and see that she's a wonderful dog who absolutely deserves the best."

Velvet's surgeries were made possible by the shelter's Jane Fund, which helps cover medical expenses.

If you would like to help Velvet, you can donate to the shelter's medical fund, Jane's Fund.

This is the second case in recent months where the Williamson County Regional Animal Shelter has taken in a dog that suffered injuries as the result of a vehicle-related incident. In August, the shelter took in Champ, a dog who was dragged by a pick-up truck in Round Rock. Champ suffered severe injuries to his legs, paws and other parts of his body, but is now doing much better. The community raised more than $13,000 to help with Champ's medical expenses.

Williamson County Regional Animal Shelter
Champ says, "Good Morning!" We are so impressed with Champ's healing. His hip is looking much better and (as you can see here) the wound on his knee still has a way to go - but is doing great! Thank...

Round Rock petition to cancel school the day after Halloween earns 12,000 signatures