On Nov. 5, voters must approve or reject $477 million for roads and parks. 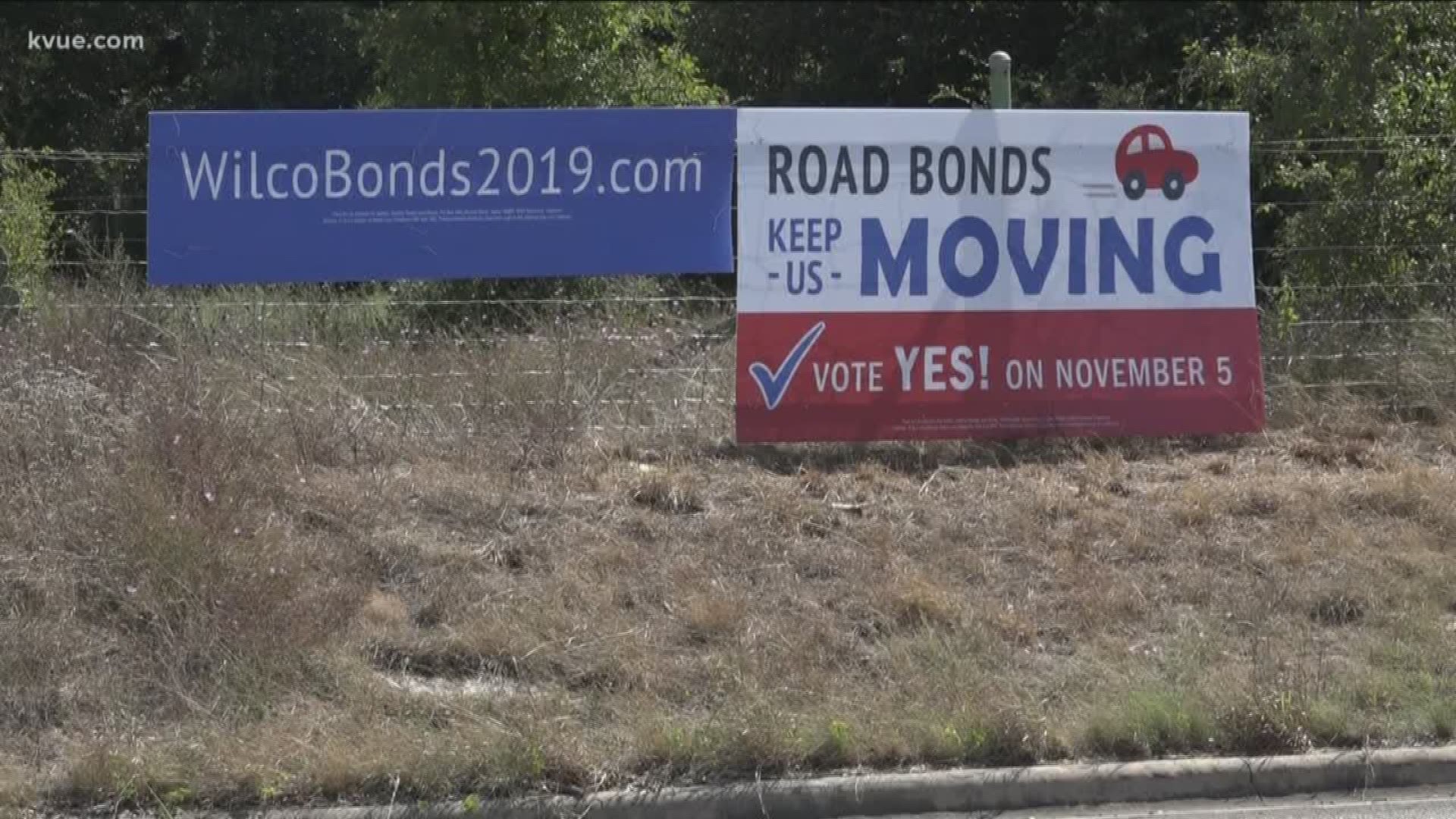 WILLIAMSON COUNTY, Texas — At an open house Tuesday, Williamson County voters will have a chance to learn about two different bond propositions that will appear on their ballot come November.

On Nov. 5, voters must approve or reject $477 million for roads and parks.

The last bond election Williamson County voters approved for roads was in 2013.

You can learn more about the bond election on the county's website.

Tuesday's open house is voters' last chance to learn about what exactly is included in the two propositions. The open house will be held at 5 p.m. at the Deputy A.W. Grimes Law Enforcement Training Center in Hutto.