Officials said 17-year-old Alexia Scordelis, who was from Round Rock, died after being transported to a hospital. 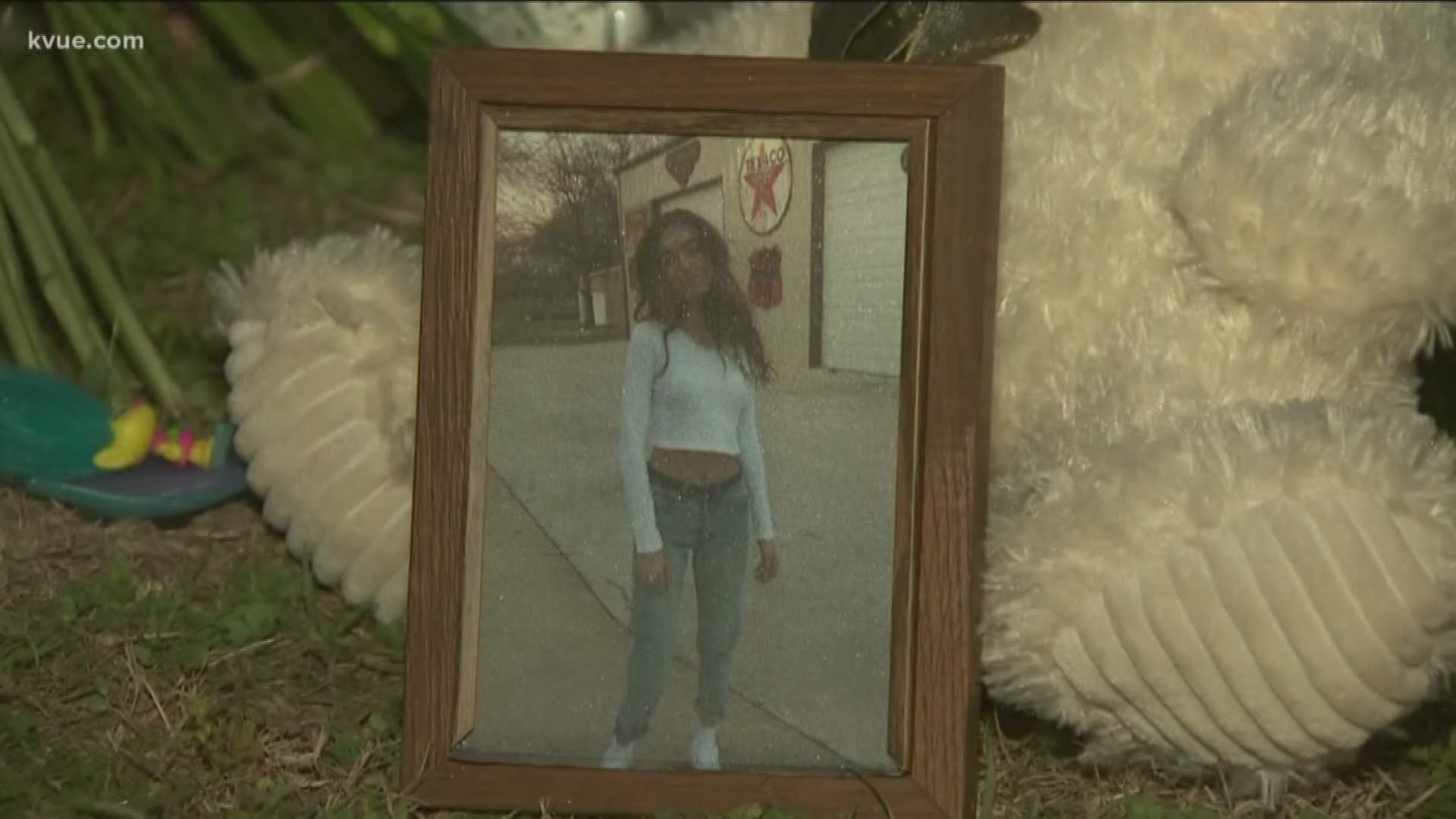 WILLIAMSON COUNTY, Texas — Family and friends are mourning the death of a 17-year-old girl killed in a crash in Round Rock Thursday afternoon.

The crash happened just after 5 p.m. at the intersection of CR 117 and Bluffstone Drive, just outside of the Paloma Lake subdivision.

A growing memorial for Alexia Scordelis now sits at the site of the crash.

Friends told KVUE she was a student at Stony Point High School in Round Rock.

According to the Texas Department of Public Safety, the car Scordelis was riding in was trying to turn left into the Paloma Lake subdivision when the driver of an oncoming pick-up truck crashed into the passenger side.

Medics took Scordelis to the hospital, where she died less than an hour later.

"She was that person who, you know, you could just look to about anything. She was just a great person," Kylie Weisenhutter, a friend of Scordelis, told KVUE.

She and Scordelis used to attend school together.

Weisenhutter was one of many friends and family members who stopped by the makeshift memorial Friday afternoon.

"She was going to go so far in life. So far. She was just an extraordinary person, and we just lost her so young," Weisenhutter said.

Neighbors told KVUE off camera that they've had concerns about the CR 117 and Bluffstone Drive intersection for several years because of speeding drivers and the lack of four-way stop signs.

Currently, there are only two stop signs at the intersection: one on each side of Bluffstone Drive. There are no stop signs on that part of CR 117.

A spokesperson with Williamson County, which is responsible for the road, said crews have come out to the intersection before to study whether four-way stop signs should be installed. But at the time, they were not needed.

As of a result of Thursday's crash, crews came back out to the intersection Friday afternoon to reassess the need for four-way stops signs, the spokesperson said, but results of that reassessment were not immediately available.

The driver of the car Scordelis was riding in, a 17-year-old girl, was also taken to the hospital, according to DPS. It's unclear how she's doing.

The driver of the pick-up truck was treated and released at the scene.

The crash is still under investigation.