During the segment 'Jokes Seth Can't Tell,' Seth Meyers and two of his writers made a joke about the Williamson County Sheriff's Office's cutout deputy. 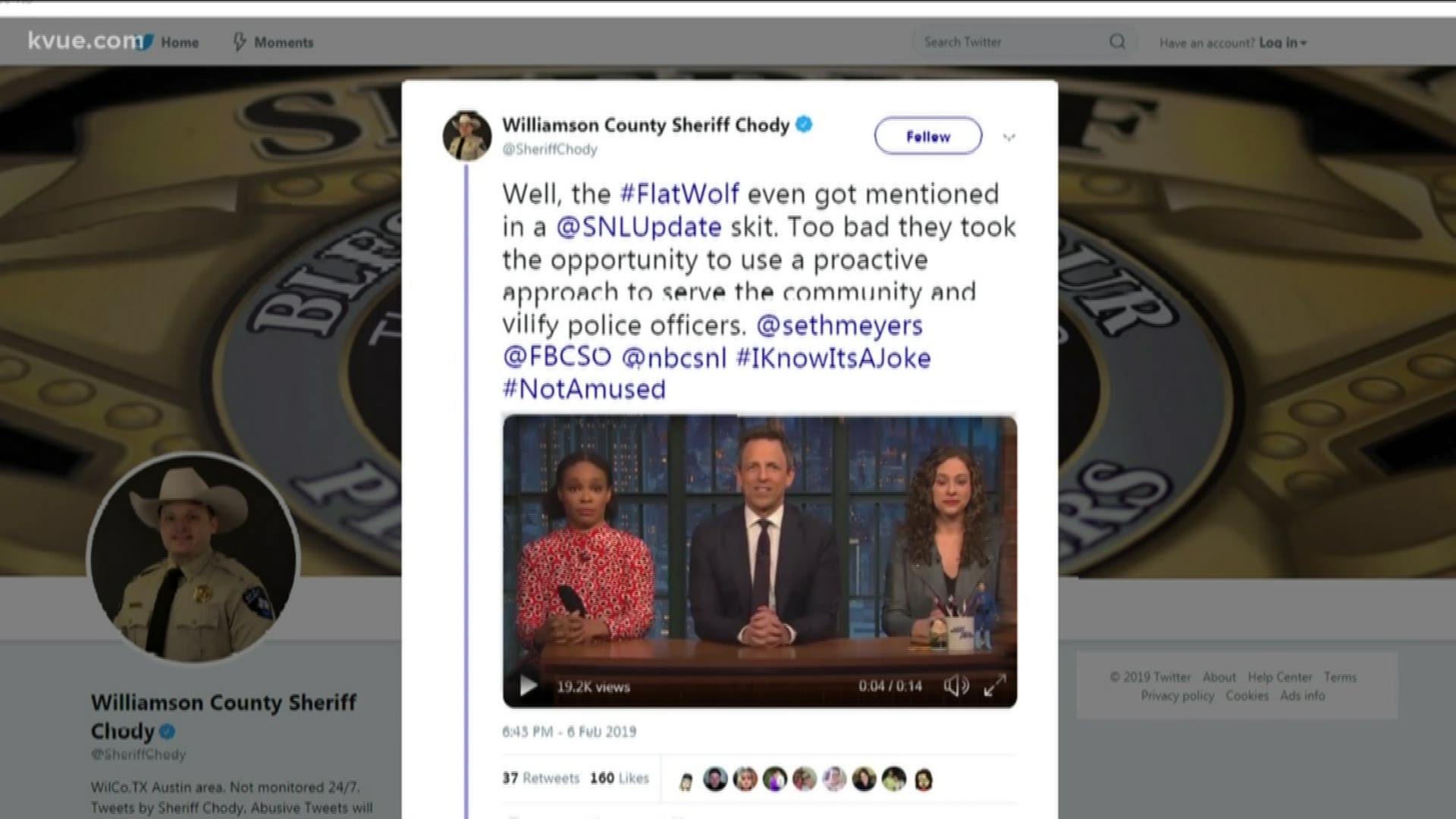 The joke came during a regular segment of 'Late Night' called "Jokes Seth Can't Tell." The premise of the bit is that Meyers can't joke about certain things because he is a straight, white man. So, two of his writers -- a black woman and a lesbian -- will join him to tell the punchlines of controversial jokes.

RELATED: Creatively keeping you safe: Why one sheriff's office is employing a cutout deputy

On Wednesday, the trio got on the subject of the WilCo cutout deputy, which was implemented earlier this year to deter speeding.

Meyers said, "A Texas sheriff has placed cardboard cutouts of officers holding radar guns on the side of several roads to deter speeding." The punchline: "...and even one of those managed to shoot a black guy." (The mention occurs in the below video at 2:26.)

Sheriff Chody didn't appreciate the joke, tweeting, "Too bad they took the opportunity to use a proactive approach to serve the community and vilify police officers."

The Sheriffs' Association of Texas also chimed in on Twitter.