On average, EMS agencies have responded near State Highway 195 and Shell Road at least once a week since 2015. 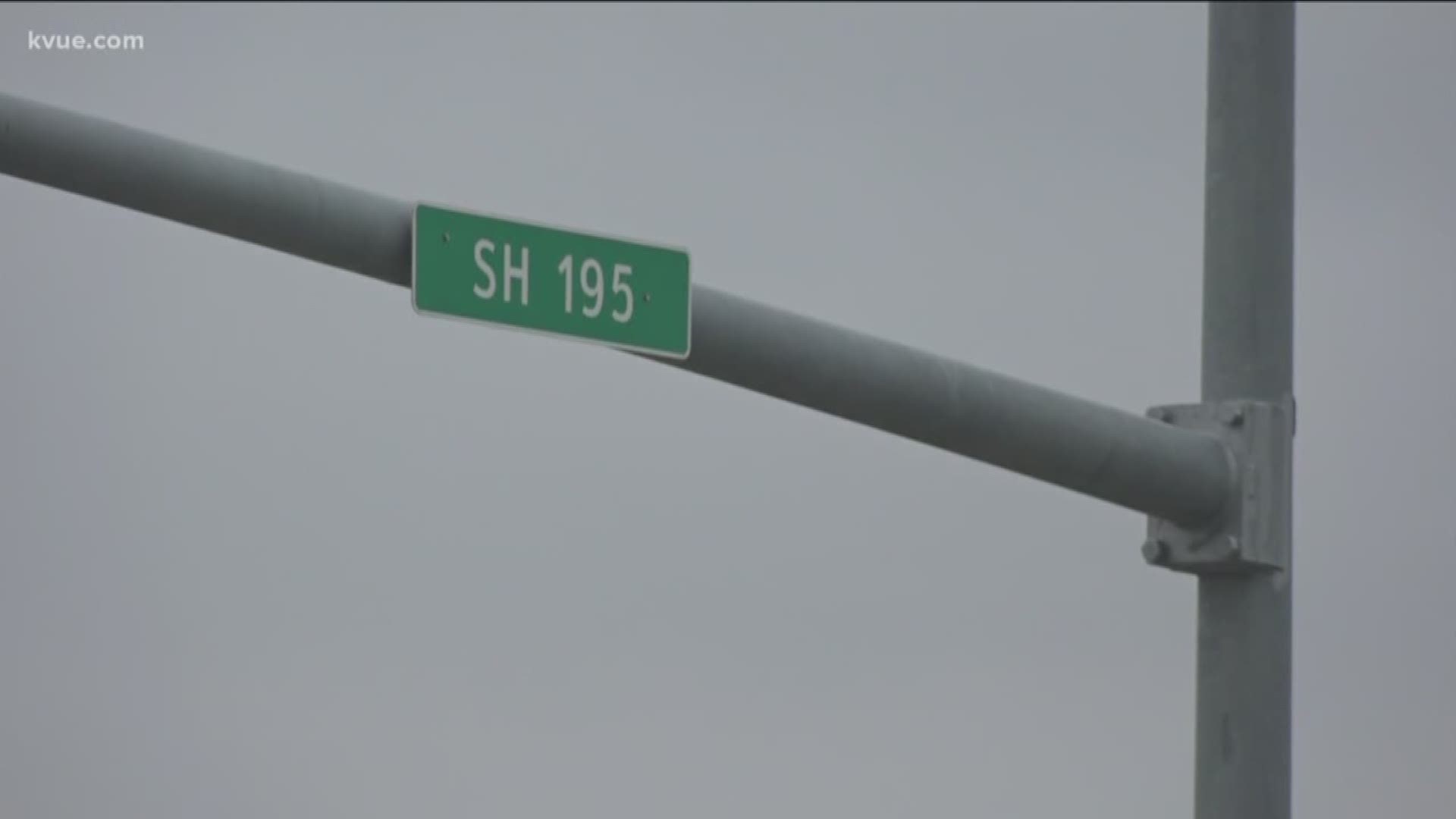 WILLIAMSON COUNTY, Texas — Norma Mantz crashed into a vehicle that ran a red light at State Highway 195 and Shell Road in 2015. According to the crash report, the driver who ran the red light was transported to a nearby hospital.

“That’s what everybody’s doing, they’re gunning it to get through the yellow light. Otherwise, you have to stay at the red light – sometimes twice,” Mantz said.

She lives only a couple blocks away from the intersection and calls it one of the most dangerous in Texas. The crossroads mark a jurisdictional divide between the City of Georgetown, Williamson County and the State.

“The lights are long. The green lights are short, but the red is long," Mantz said.

Credit: City of Georgetown
SH 195 at Shell Road marks a jurisdictional division among the city of Georgetown (Green), Williamson County (white) and the state (SH 195 roadway).

Most recently, three people died at the beginning of February one intersection north of SH 195 and Shell Road. According to City of Georgetown data, which monitors responses south of the intersection, police have responded to 264 calls regarding a crash from 2015 to 2019. Only a handful of those calls were unfounded.

“It’s quite a few crashes," Sgt. Chris Gerstner, with Georgetown police, said. "It’s hard to say if these are all going to be from people crossing over the highway, but speeding is definitely an issue there and we do run traffic up there quite often.”

According to data from the Texas Department of Transportation (TxDOT), State agencies responded to 39 crashes in the area in that same time frame. Thirty-four of those crashes included multiple vehicles.

“Living off an intersection where I know there are accidents happening every week, it’s pretty scary," Mantz said.

Gerstner provided data that showed the number of calls and crashes have been steadily decreasing over time. However, data Williamson County provided showed far fewer crashes – but the number of incidents were steadily increasing. In 2017, the earliest year provided, the sheriff's office responded to three crashes at SH 195 and Shell Road, followed by five in 2018 and nine in 2019.

“I would say you wouldn’t have that issue if the green [light] stayed green longer on both of them," Mantz said.

"It seems the majority of crashes do seem to be going southbound rather than northbound," Gerstner said. "When they’re going southbound, it doesn’t turn 60 until after that stoplight so maybe if speed was reduced prior to that, it may help some.”

According to TxDOT's website, the State will be installing "advanced" signage to warn drivers before they approach the intersection. The agency will spend an estimated $36,123 and finish the project in September.